Recently, the MSI Raider GE67 HX gaming notebook debuted Samsung 2K 240Hz OLED screen. This device starts at 18,999 yuan ($2,836). Today, Samsung introduced some of the technology for this display. Samsung said that Samsung Display has developed a 240HZ OLED with a greatly improved refresh rate, and has also developed VRR (Variable Refresh Rate) technology. MSI’s laptop “Raider GE67 HX” is equipped with a 15.6-inch laptop-specific OLED that supports a 240Hz refresh rate. In the gaming laptop market, it is the first model in the world to use high-brush VRR OLED. 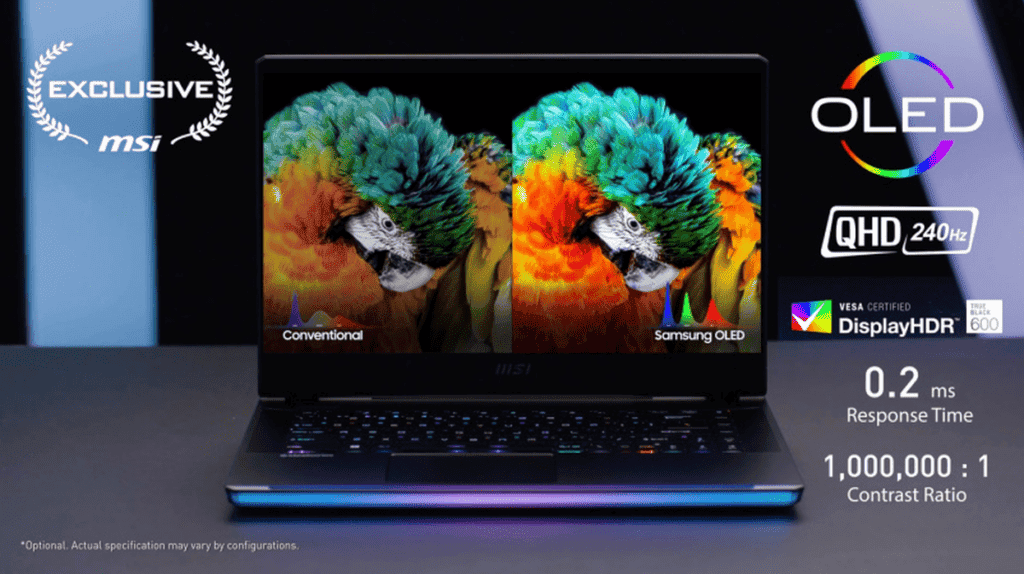 Samsung display is one of the company’s most successful businesses. However, it faces a lot of local and international court cases. In the technology industry, this is very common. The more successful a company is, the more likely it is to face several court cases. Recently, the company won a legal battle in South Korea. One of its major rivals LG Display has been accusing the company of stealing its OLED technologies. According to South Korea’s Supreme Court, there is no significant evidence that Samsung steals technologies. The legal tussle between these two technological giants has been ongoing for seven years. LG Display has often maintained that its compatriot uses its technologies in its displays.

Next iPad and Home hub: Apple clarifies what will change with iPadOS 16