The cooling system of the updated 13-inch MacBook Pro based on the Apple M2 processor does not cope very effectively with intensive workloads. This conclusion comes after the review of the new laptop, conducted by the portal NotebookCheck.

The source notes that in general, the MacBook Pro 13″ has become faster than its predecessor based on the Apple M1 chip. However, this is mainly due to the higher frequencies of the new Apple M2 chip, which is better but generally using the same 5-nm process technology, The new processor also has more integrated graphics units, resulting in an increase not only in performance, but also in the power consumption of the chip. 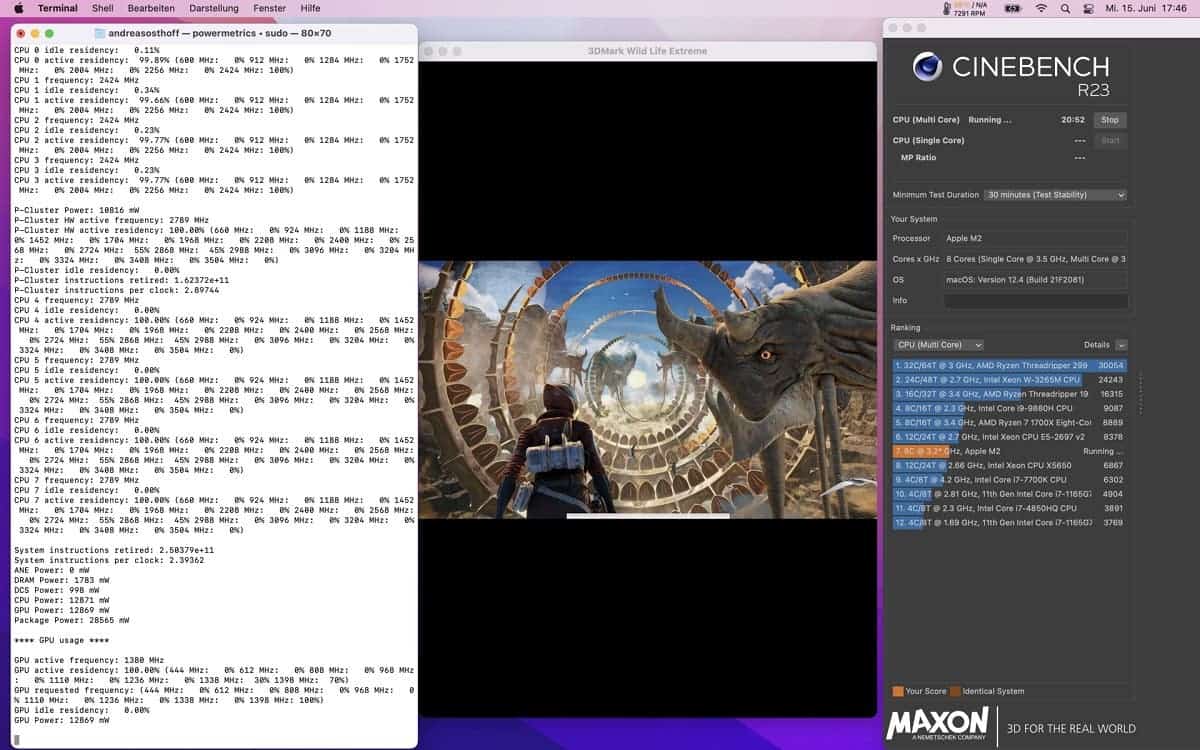 The Apple M2 processor unit with compute cores consumes about 20W of power, and the integrated graphics consume another 13.5W. With the simultaneous launch of stress tests of both components, the power consumption of the chip increases to 35 watts. For a laptop cooling system, this becomes a difficult task; even though its fan very quickly picks up a maximum speed of about 7300 rpm. Although the CPU consumption at this point is automatically reset to 28-30 W, the chip temperature reaches 98 degrees Celsius.

The source notes that such operating conditions are an extreme scenario, but these observations make one wonder about the cooling efficiency of the new MacBook Air, also based on the Apple M2, but with a completely passive cooling system. The source notes that most users will not encounter any difficulties in normal daily use of the laptop. However, the maximum performance of the new Air can be forgotten; if the laptop is in use for a long time in heavy tasks. The source recalls that the MacBook Air model based on the Apple M1 also had problems with throttling; but with the Apple M2, the situation may be more serious, since the new chip has a higher power consumption.