While Apple has just opened pre-orders for its new MacBook Air and MacBook Pro in the United States, first benchmarks have already revealed what we can expect from the performance of the new M2 chip.

At its WWDC 2022 conference earlier this month, Apple lifted the veil on a new MacBook Air and a 13-inch MacBook Pro, but most importantly on its new M2 chip, which is the direct successor to the previous generation M1 processor. A few days before the official release of laptops, we already know everything about the performance of the new version.

GFXBenchmarks have leaked for Apple's M2 Chip!
OFFSCREEN Numbers below are vs M1 chip:

Indeed, the M2 chip has already passed on the test of several benchmarks, including GFXBench and Cinebench R23. Apple had announced that the graphics performance would be up to 35% higher compared to the M1 chip, but it seems that the Apple M2 chip finally exceeds its expectations. On GFX, initial tests on GFXBench revealed a performance increase of around 40-45%. On Cinebench, the GPU of the M2 chip obtains scores of 1701 and 8538 points, against 1498 and 7660 points on the previous generation. 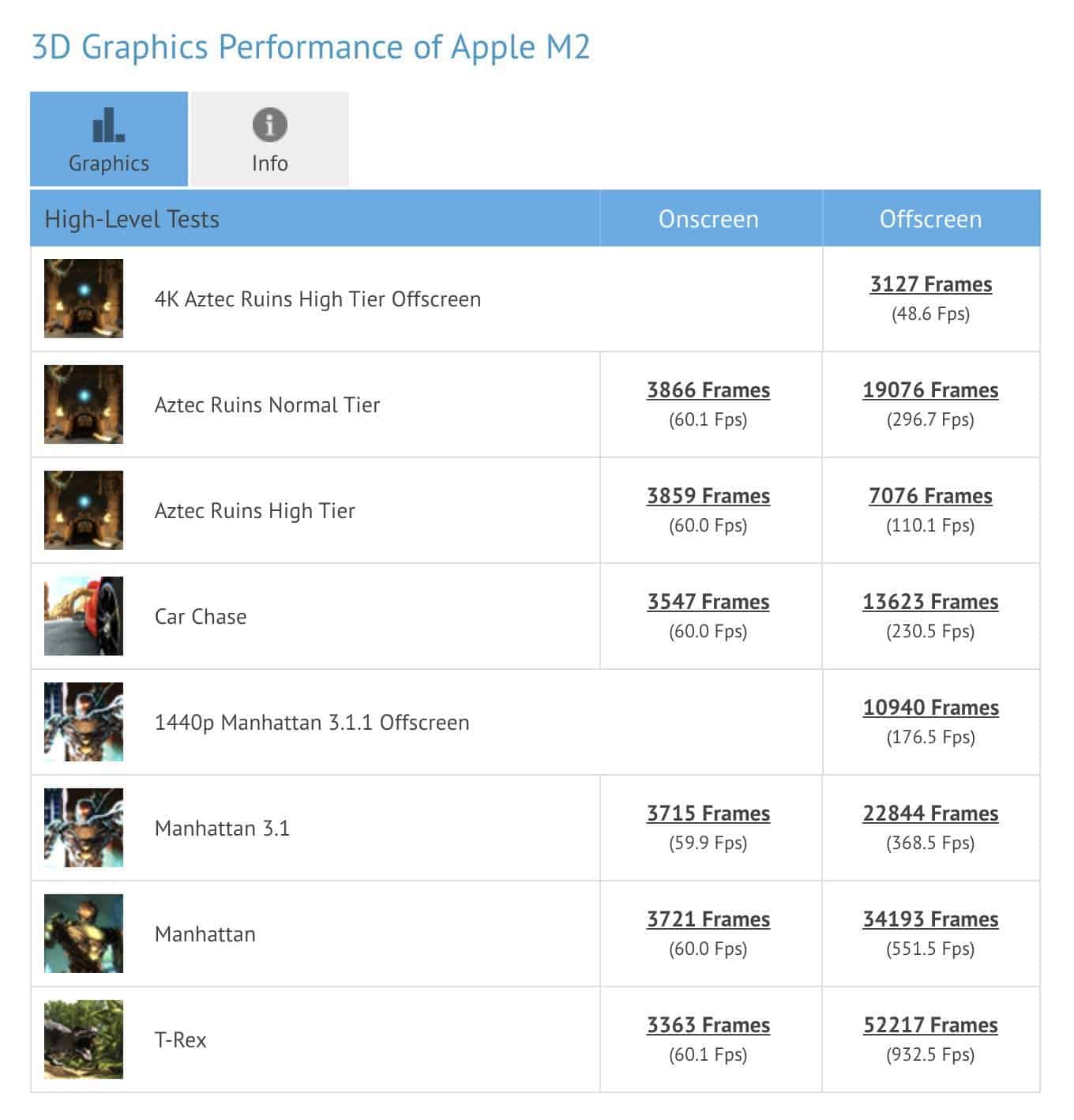 On the CPU side, a run on the Geekbench benchmark revealed that the new Apple M2 CPU was up to around 20% faster than the M1; while Apple is only announcing an 18% increase.

Read Also:  Apple's M2-packed Macbooks will be available in the UAE for Dh4,999

The benchmark shows that the speed of the Apple M2 is 3.49 GHz compared to 3.2 GHz for the M1; which is an increase of about 9%. Based on testing in the Geekbench 5 benchmark; the 13-inch MacBook Pro with the M2 chip scored 1,919 points in the single-core test; and 8,928 in the multi-core test.

These two results mark a significant increase over the M1, which scored 1,707 and 7,419 points respectively. The single-core performance of the M2 is therefore about 11.56% faster than the M1; and the multi-core performance for the Apple M2 is 19.45% faster than the M1. Only two processors would be able to beat the M2 chip on a core. We are talking about the Intel Core i9-12900K and Core i9-12900KF.