The Redmi Note 11 Pro+ was launched nearly two months ago in China. This device is reaching other markets but with some rebranding treatment. Last month, POCO took the original device and rebranded it to POCO X4 GT. However, the Indian market is not getting the same phone. Instead, it will get the Redmi K50i which apparently is a rebranded Redmi Note 11 Pro+. The original phone has the MediaTek Dimensity 8100 SoC in tow, and now Xiaomi has just confirmed the Redmi K50i will retain this chipset. The device will make its official debut on July 22, and we’re pretty sure the company will keep building the hype until then. 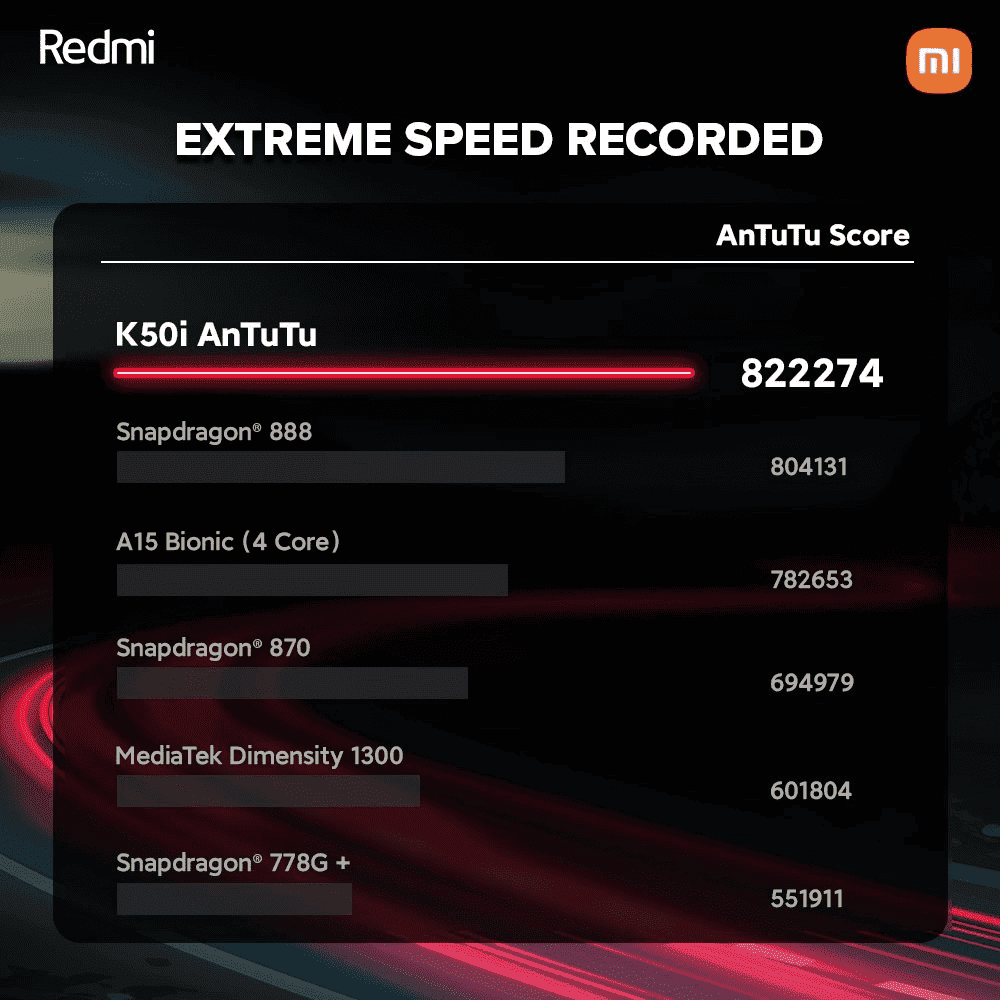 Redmi India is busy promoting the upcoming smartphone. Now MediaTek India’s also decided to spill the beans about the Dimensity 8100 SoC on the Redmi K50i. Redmi posted a ranking with AnTuTu benchmark results showing that the Redmi K50i with this processor has a better performance with 822,274. Worth noting, however, that there are phones with the Snapdragon 888 that score better, and even the Apple A15 can score better than that. Anyway, this is a marketing move and we were not expecting the company to do anything besides promoting its upcoming device.

In addition to the Dimensity 8100 SoC, the Redmi K50i will retain the Redmi Note 11T Pro+ specs. Therefore, the device has a 6.6-inch IPS LCD screen with a 144 Hz refresh rate and Full HD+ resolution. This is one of the best LCDs in the market, after all, it’s the only one that got an A+ score at DisplayMate. The device brings a triple-camera array with a 64 MP main, 8 MP ultrawide, and 2 MP depth snapper. The device brings a selfie shooter with 16 MP resolution. It draws power from a 4,400 mAh battery with 120 W fast charging. Worth noting that the POCO X4 GT changes the specs with a bigger 5,080 mAh battery with 67 W fast-charging. So, we may see some surprises with the Redmi K50i.

Next Ulefone’s July Sale Is Live: Up to $130 Off Rugged Smartphones