According to reports, consumers ready to buy “bargains” may find that Amazon’s Prime Day promotion this year is not impressive. This “poor” discount is obtainable across sellers. The reason is that there is an increasing cost of goods generally. Thus, many sellers are trying to minimize discounts. This year’s Amazon Prime Day sale kicks off on Tuesday and Wednesday. This is a summer clearance sale designed to make room for new items during the Christmas shopping season. This year, Amazon is doing its best to keep consumers interested. 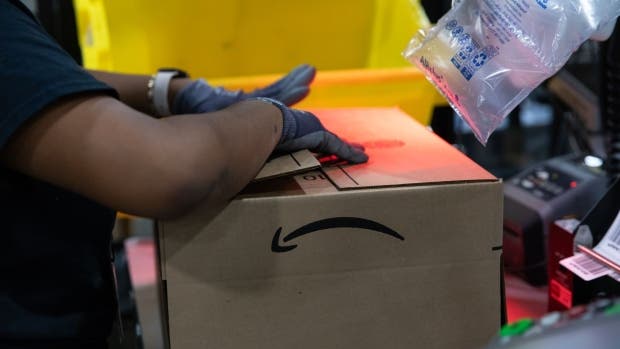 Amazon said it will offer “millions of great deals” this year, including the lowest prices ever on its iconic products. For example, an Alexa-based Echo Dot smart speaker costs just $17.99, and a 50-inch Amazon Fire TV costs $99.99. “Amazon is well aware that it needs to ramp up discounts on its iconic products to grab attention,” said Kristin McGrath, a shopping expert at deal-tracking site BlackFriday.com.

Amazon Prime Day commenced operations in 2015 to attract interest from Prime members who pay $139 a year. The number of Amazon Prime members stagnated at about 172 million as of June 30 this year, unchanged from six months ago, according to Consumer Intelligence Research Partners. That suggests Amazon’s $20 price hike for its Prime subscription, announced in February, has put consumers off.

Sellers are protecting their profits

This year is also a merchant on Amazon.com, being very stingy when it comes to discounts for the second year in a row. Amazon Prime Day is primarily seen as an opportunity to clear ageing inventory, said Tim Seward, principal at e-commerce consultancy ROI Revolution. About 60% of Seward’s 160 customers will offer discounts, but not much.

“Many brands are discounting less than they were in 2021 due to higher costs,” Seward said. “However, it’s still a good opportunity to clear inventory.”

Shoppers will still spend on Amazon Prime Day. Research firm eMarketer expects U.S. and global consumers to spend $7.76 billion and $12.52 billion, respectively, on Amazon during the two-day sale, an increase of about 17 per cent from a year earlier.

Analyst Andrew Lipsman claims consumers were flocking to Amazon for deals on some household staples, despite the impact of higher gasoline prices and inflation. “Consumers still have money and are looking for deals, which should give Prime Day some boost,” Lipsman said.

At the same time, Amazon has to contend with stiff competition from rivals such as Walmart and Target. On Prime Day, shoppers are used to hopping from site to site in search of the best deals, and Amazon’s previous top spot has faded. Some brands, which once tripled their usual Prime Day sales this year, are expected to drop to about double their usual levels this year, according to Chris Bauserman, chief marketing officer (CMO) at e-commerce software company CommerceIQ.

Still, Bowserman said: “It’s still a can’t-miss event. It’s just slowing down.” If we are to take Bowserman’s words, it appears that Prime Day will still be worth it. Nevertheless, it is the discount prices relative to deals from other stores that will determine the performance.

Chad Rubin, founder and CEO of ProFasee, which sells pricing software, said many Amazon merchants opted out of the Prime Day sale to protect their profits. They believe it would be too costly to offer deep discounts on this cluttered site and then pay higher advertising fees.

“A lot of our customers aren’t participating. They want to protect profits,” Rubin said.

On Amazon Prime Day this year, the Kindle Paperwhite 5 is on sale for an all-time low price of $94.99. This is $45 less than the starting price of the regular ad-supported model. In addition, there is also a discount on the ad-free version, priced at $109.99.

At the end of September last year, Amazon released a new Kindle Paperwhite e-book product. This is the first launch of an updated Kindle Paperwhite model in the past three years. It uses a larger 6.8-inch E-Ink display, which is larger than the previous generation. Furthermore, it is brighter, with adjustable colour temperature. It also comes with a faster processor, faster page-turning, and USB Type-C charging for longer battery life.

Not long ago, according to the Amazon Kindle service number, Amazon will stop the operation of the Kindle e-bookstore in China after one year, on June 30, 2023. After this, users will not be able to purchase new eBooks. For eBooks that have already been purchased, users can download them until June 30, 2024, and can continue reading after that.

Amazon provides doctors that assess and manage injuries. However, workers claim they face a system “that focuses on getting them back to work rather than helping them recover”. They also describe complex workforce resource systems that require constant communication to ensure their cases get attention.

In 2021, all U.S. Amazon warehouses will have twice the serious injury rate as non-Amazon warehouses. The company records nearly seven injuries per 100 workers, for a total of 38,000 reported injuries. This is according to the Center for Strategic Organizations.

Due to workers’ complaints, here is the response from Amazon spokeswoman, Kelly Nantel

“We take the health and safety of our teams seriously. While we’re not perfect, we don’t believe these few things are representative of the experiences of our more than one million frontline workers. When a member of our team is injured, we work to help them resolve issues including compensation, benefits or accommodation.”

Next Redmi K50i is coming with the Dimensity 8100