The Poco X4 GT smartphone has been spotted on the BIS certification website. This is a major sign that the phone will launch in India soon. Poco X4 GT smartphone’s India launch is on the cards. The phone has been certified by the Bureau of Indian Standards. This piece of information comes from noted leaker Mukul Shamra. Taking to his Twitter account, Mukul shared a screenshot of the Poco X4 GT BIS certification. Further, the tweet reveals the upcoming handset’s model number.

According to Mukul’s tweet, the Poco device carries model number 22041216I on the BIS listing. Notably, a device with the same model number has passed through the IMEI database listing. Moreover, the POCO X4 GT 5G has already acquired the IMDA certification. So, the Poco X4 GT Singapore launch could be around the corner as well. Now, the Poco device has been subject to a lot of speculations lately. The Poco X4 GT could launch in India as a rebranded Redmi Note 11T Pro. To recap, the Poco F4 has also appeared on the IMEI database.

Poco X4 GT Appears On BIS Ahead Of India Launch

Reliable tipster Yogesh Brar has revealed the Poco X4 GT smartphone’s specifications in a tweet. Notably, the Poco phone seems to boast the same specs as the Redmi Note 11T Pro. The Note 11T Pro will reportedly launch in India with the Redmi K50i moniker. According to a report by MySmartPrice, the Redmi phone will make its global debut as the Poco X4 GT. Tipster Kacper Skrzypek claims the device with model number 22041216I is the Redmi K50i. 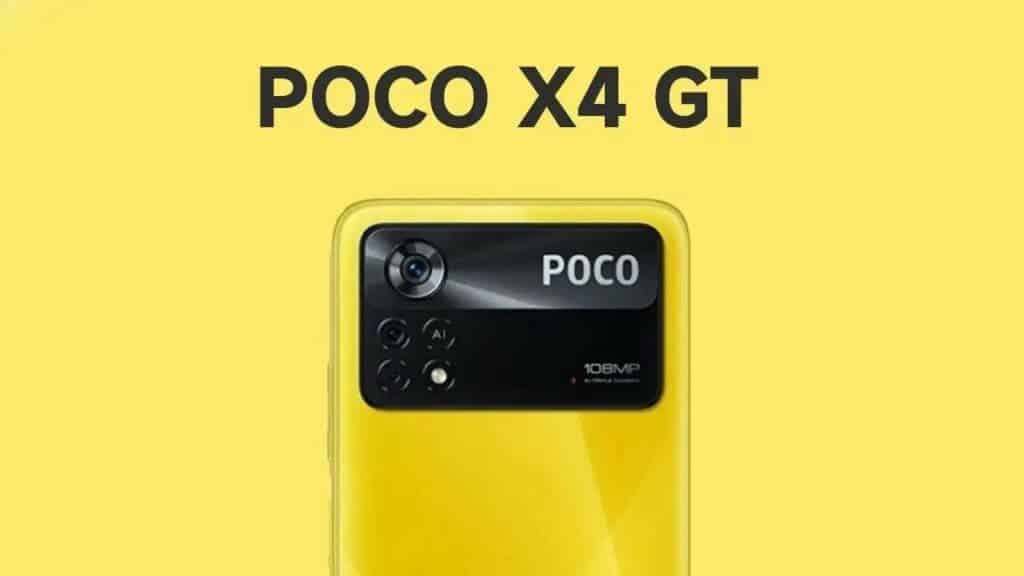 The Poco X4 GT smartphone’s BIS listing reveals a few key details about the handset. Moreover, it confirms that the phone will land in the country soon. However, Poco is still mum on its plan to launch the X4 GT smartphone in India. Also, the Poco X4 GT specifications have already been tipped. First off, the phone will reportedly sport a 6.6-inch LCD panel. Moreover, this screen could offer a Full-HD+ resolution and a refresh rate of 144Hz. It will probably pack a MediaTek Dimensity 8100 processor under the hood.

The flagship-grade Dimensity 8100 chip powers several low-cost smartphones. These include the Redmi K50 and the Oppo K10. Also, the Realme GT Neo 3 and OnePlus 10R use the same processor. The X4 GT may get a Mali G610 GPU for graphics as well. Further, the Poco X4 GT could draw its juices from a 5,000mAh battery. This cell could support 67W fast charging. Alternatively, it could get a 4400mAh battery with 67W fast charging. Also, the purported Poco phone could ship with 6GB and 8GB of RAM.

Also, the handset is likely to offer 128GB and 256GB of onboard storage capacity. Further, the Poco X4 GT runs Android 12 OS with MIUI 13 on top. The X4 GT may sport a triple rear camera setup, featuring a 48MP primary sensor. Moreover, the phone could feature an 8MP ultra-wide lens on the back. There will be a third 2MP shooter as well. Upfront, the handset might house a 20MP selfie camera.