Shortly before LG’s official exit from the smartphone market, the Korean manufacturer reported that it had developed and was already preparing to mass-produce a Rollable smartphone with a rollable display. We saw it at CES 2021, which took place in a virtual format, so the video could well contain computer graphics. Now there is quite realistic video evidence that the smartphone really exists.

In a video posted by the Checkout Tech YouTube channel, the LG Rollable smartphone appeared from different angles, and there are so many glare and reflective elements on its screen that it would be difficult to fake it. There is still not much information about the device, and the video hardly added new details. The screen of the smartphone is minimized by an electric motor at the touch of a button. 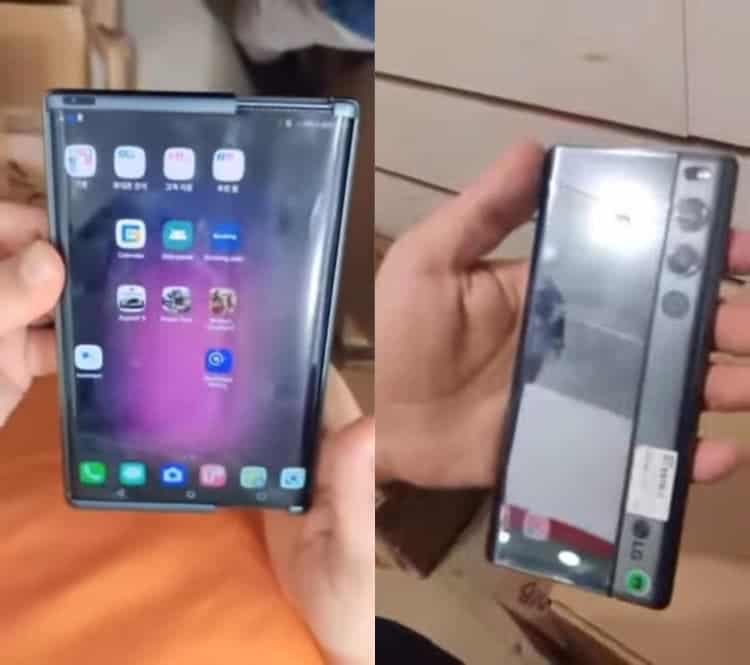 This video demonstrates that LG’s Rollable smartphone was indeed real

According to information that has not got official confirmation, the screen diagonal is 7.4 inches at a resolution of 1600 × 2428 pixels, and when minimized, it decreases to 6.8 inches with a resolution of 1080 × 2428 pixels. The video also showed the glass back of the LG Rollable, which houses three cameras and a flash. There you can also see a green sticker with the number “3”, which may have some official purpose. According to unofficial information, LG sold a small batch of these unique smartphones to its own employees.

When LG announced its decision to wind down the smartphone business last year; it assured its customers that it would continue to provide software updates and service support for a period of time. The company has confirmed that flagship smartphones from 2019, including the G and V series smartphones; as well as the Velvet and Wing, will be eligible for three operating system updates. The company has released a list of models that may receive updates; in the first, second and third quarters of 2022.

Next Twitter employee accuses Trump of inciting violence in the Capitol