Intel Corporation and Green Revolution Cooling Corporation (GRC) have co-authored a joint white paper on liquid immersion cooling. The company is exploring the use of liquid immersion cooling technology instead of air cooling in data centres. The practical benefits of the technology include better energy efficiency, lower environmental impact, and better computing density. 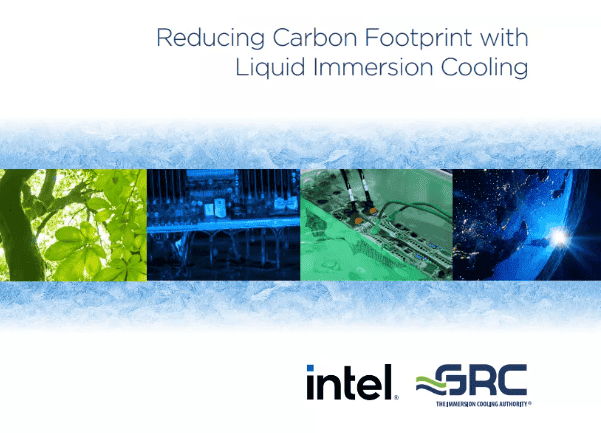 The two companies announced in January a multi-year project to help the data centre industry reduce the environmental impact of digital infrastructure. GRC is a co-author of the white paper specializing in liquid immersion cooling technology. Intel also revealed in May that it is establishing its own laboratory to qualify, test and demonstrate liquid immersion cooling technology.

At the heart of the argument is that data centres use about 1.5%-2% of the world’s total electricity supply. If left unchecked, this could expand to 13% over the next decade. What’s more, up to 40% of that power consumption is not used for actual computing, but for cooling all data centre infrastructure. As processor power densities continue to increase, servers are now beyond what air cooling systems can do. To cope with the limit, the amount of heat that the cooling fan can dissipate has a limit.

Many data centre operators are aware of this, with as many as three-quarters now considering sustainability as a competitive differentiator, according to Intel and GRC findings. However, the two companies claim that data centres have hit a wall in terms of power usage efficiency (PUE).

Read Also:  Shipments of Intel components for laptops decreased by 36% in H1 2022

The white paper adds that eliminating internal server fans can reduce energy consumption by 10-15%. The hot parts inside the chassis still have to be cooled in some way. Intel and GRC believe that full immersion liquid cooling could allow more servers to fit in a given space. They claim this reduces the amount of equipment such as switchgear, cables and backup generators.

Next All smartphones can be quickly turned into Nothing Phone (1)