Many might not be aware of the Infinix brand. But the latter has been very active recently and managed to release a number of noteworthy devices. What surprises us is that it adds new models in its Note 12 line one after another. Seems nothing can stop the company from bringing new models to the lineup. Today, from GSMArena, we learned that a new smartphone – Infinix Note 12 Pro 4G – quietly made an appearance in an Aliexpress listing. 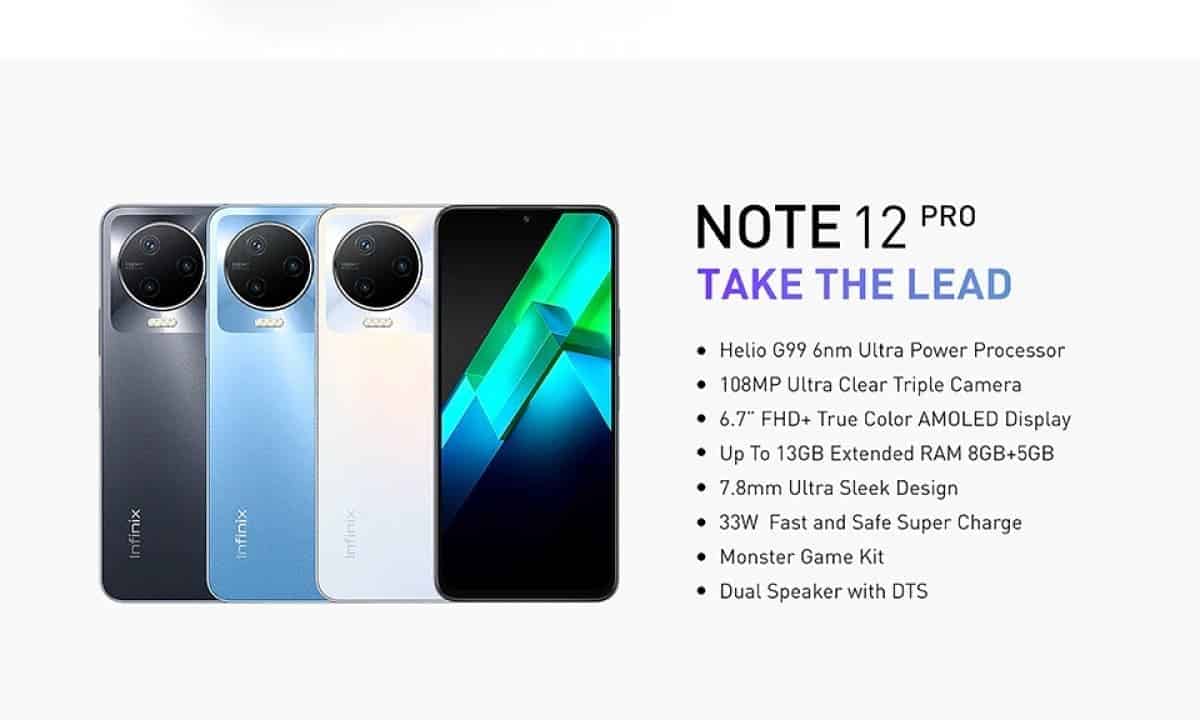 As you guess, there are already several models in the series. The latter includes the vanilla model, one with the MediaTek Helio G96 chip, a Note 12i, a Note 12 VIP, and the Note 12 Pro 5G. However, a month ago, the manufacturer said it would release the world’s first MediaTek Helio G99 phone. Now, it’s out and we can get acquainted with its key features.

In fact, there are many similarities between the Note 12 Pro 4G and the 5G version. For instance, both come with a 6.7-inch AMOLED display that also has a FullHD+ resolution; there is a dual loudspeaker setup; a 5,000mAh battery supporting a 33W charging; the main camera module includes a 108MP, f/1.8 (1.92µm, 1/1.67″) primary shooter and two 2MP supplementary cameras; a 16MP, f/2.0 selfie shooter. 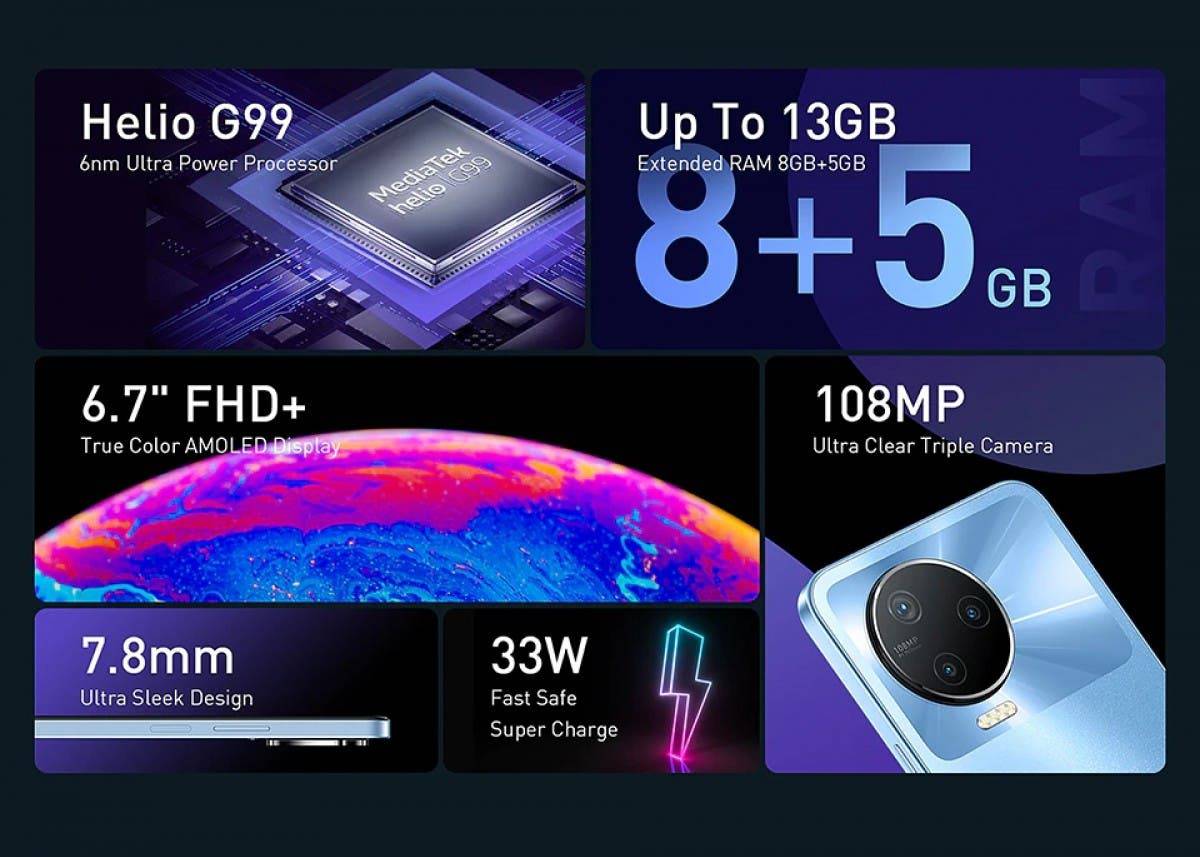 But there are some differences we should point out as well. Say, the Infinix Note 12 Pro 4G model seems to be slightly thinner at 7.8mm. Moreover, it comes with NFC support, two nano SIM slots, and a microSD one. There is a USB Type-C interface and it retains a 3.5mm audio jack.

However, the most noteworthy difference is the chipset. The 4G model comes with a MediaTek Helio G99. The latte uses TSMC’s 6nm manufacturing node and has two 2.2GHz Cortex-A76 cores and six 2.0GHz Cortex-A55 ones. Plus, this chip integrates a Mali-G57 MC2 GPU. The Helio G99 SoC is accompanied by 8GB of RAM and 256GB of expandable storage. What’s more interesting, the phone supports memory fusion technology. When necessary, it will owe 5GB at the storage, turning it into 13GB of memory.