Those waiting for Square-Enix’s upcoming RPG, Forspoken, were surprised by bad news. This month, the giant announced that the RPG was delayed yet again. According to the studio, after ongoing discussions with major partners, the company has ultimately decided to postpone the launch.

According to speculation, Forspoken postponement has something to do with the God of War Ragnarok launch. Sony’s upcoming Kratos adventure will come in November. The two publishers see a possible conflict between these two titles in terms of sales. As a result, Square-Enix may have ultimately decided to push the launch forward to a “calm season”. You may be wondering, why Sony has influenced Square-Enix’s decision. There are some possibilities.

The first possibility is, that Sony and Square-Enix are, in fact, discussing a possible acquisition by the Japanese console maker. However, this is just some brainstorming based on rumors. The second and most plausible possibility is that Sony had a certain influence due to the exclusivity deal. To those unaware, Forspoken has a 2-year exclusivity deal with Sony. The game will launch on January 24, 2023. So the only possibility for Microsoft’s Xbox players is to wait until 2025 for a possible launch.

Forspoken will be the first game to support Windows 11 DirectStorage 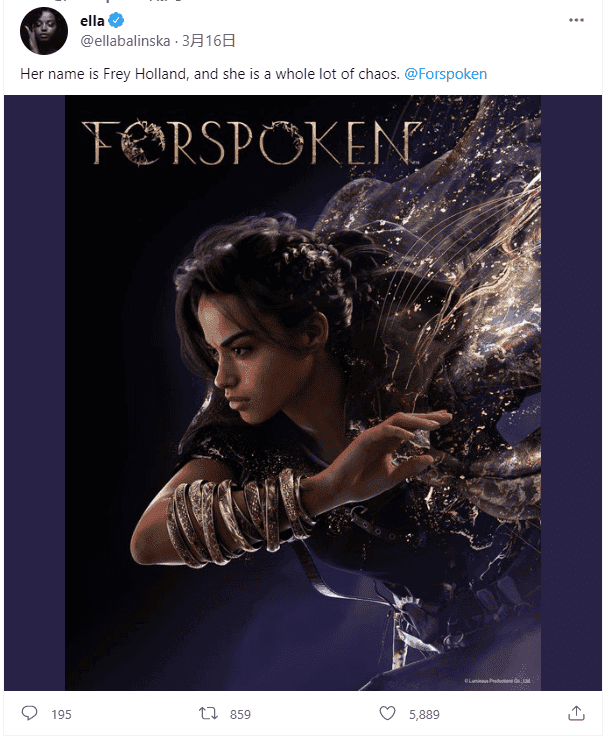 Worth noting, however, that Forspoken will also be available on PC. So Xbox players may have a chance to play the game through Steam. Interestingly, the game will be the first one on Windows 11 to showcase the capabilities of Microsoft’s Direct Storage technology. It’s a mystery whether the delay will affect Windows 11 and DirectStorage support.

To those unaware, DirectStorage is a Microsoft technology that boosts the speed of games’ loading. The feature arrived with the Xbox Series X promising faster to non-existent loading times.

To those unaware, in Forspoken we’ll play as Frey. Frey is a young woman from the “real world” that sees herself in a fantastic world. Furthermore, she will join forces with a mysterious bracelet that gives her some special abilities. She can perform ultra-long jumps and fast movements, and summon huge rhizomes to destroy enemies. The world of the game will be vast and beautiful. Players will have the chance to fight against powerful enemies such as giant wolves and dragons.