Although more than eight months have passed since the launch of Windows 11, Microsoft has not sold digital licenses to install this version of the operating system. Users could either buy a boxed version of the OS, or get a system with a new PC, or upgrade from Widnwos 10. Now it has become known that users can purchase digital licenses to install Windows 11 Pro and 11 Home on their computers.

The official release of the Windows 11 software platform took place on October 5, 2021. Although a lot of time has passed since then, ordinary users could not purchase a digital license to install the OS on their home PCs. Instead, they had to install Windows 10 and upgrade to Windows 11; provided that the computer they were using met the minimum requirements for installing the OS. 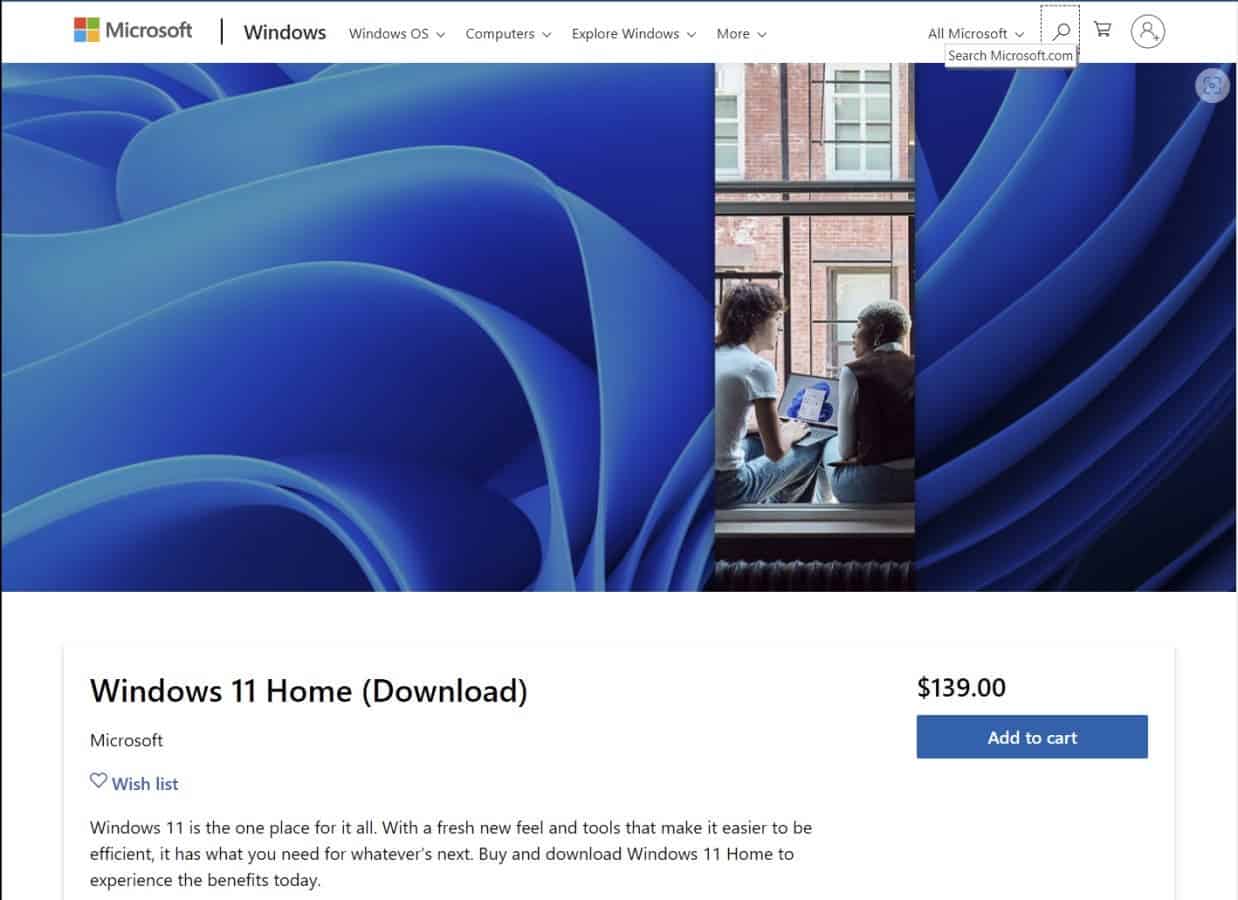 Now on Microsoft website there are sections for the purchase of Windows 11 Pro and Windows 11 Home. At the same time, the software giant did not make any official statements about this. The source notes that, apparently; pages for buying a digital key for activating Win  11 appeared in May of this year; although no one reported this until recently.

Thus, anyone can purchase Win 11 Home for $139 or Win  11 Pro for $200. Of course, manufacturers are interested in end-users buying new computers instead of updating the OS on existing devices. However, in certain situations, the ability to purchase a license for direct installation of Windows 11 can be very popular.

According to some recent reports, Microsoft is changing its strategy for releasing new versions of Windows and updates. The new version of the OS will not launch annually; as was decided last year, but once every three years. Thus, the next major update of the OS will take place in 2024 – three years after the release of Win 11 in 2021. Some resources have already rushed to say that this update will be Windows 12.

Next FineCam Review: boosts your webcam with the iPhone camera