American retail chain Walmart recorded a staggering annual revenue of $572.754 billion in 2021, ranking first for the ninth year in a row. Another American company, Amazon followed Walmart, reaching the company’s highest ever ranking. 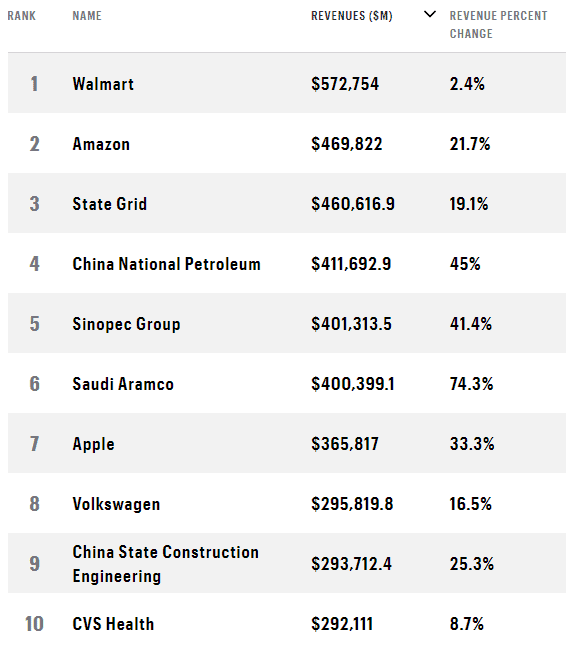 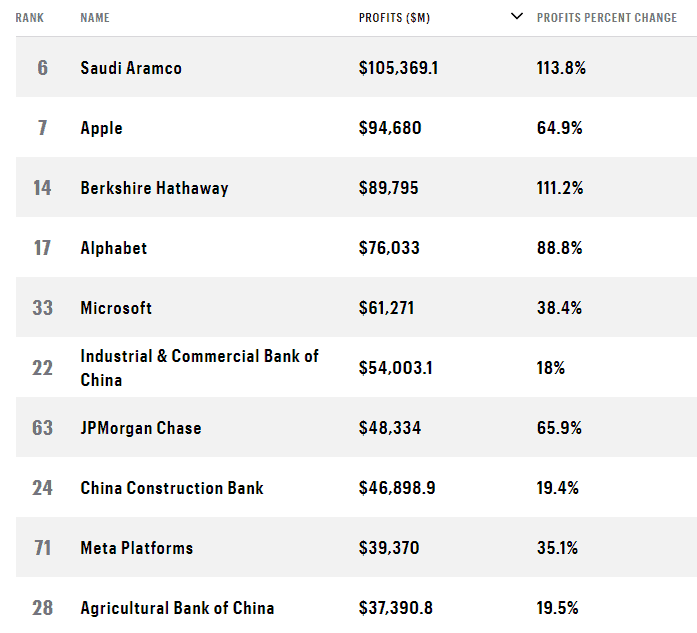 In the top ten, we can also mention names such as Saudi Aramco (sixth), technology giant Apple (seventh), automaker Volkswagen Group (eighth), and US pharmacy chain CVS Health (tenth). As you guess, the rest are Chinese firms.

The world economy is still struggling to restart amid the epidemic. The combined operating income of the 500 companies on the latest list Fortune 500 has reached $37.8 trillion. This is equivalent to the global GDP in 2021. Interestingly, two-fifths of China’s GDP is close to the combined GDP of China and the U.S., with a year-on-year increase of 19%. This is the highest annual growth rate ever recorded on the list.

In addition, the combined net profit of all companies on the Fortune 500 list this year is about US$3.1 trillion. It’s a sharp increase of 88% year-on-year and the largest increase since 2004.