That’s not a secret that the electric vehicle market is one of the most attractive niches. That’s why even non-traditional car makers (or it’s better to say companies specialized in making other products) are entering this field one after another. Xiaomi and Apple are the best proofs. However, this also means that the competition becomes fiercer. In this sense, it’s quite interesting to know which concrete models perform best. According to data from Clean Technica, June was a record month for new electric vehicles. In this month, pure electric models captured 12% of the global market share, while plug-in cars had a 16% market share. Going forward, we should stay that the Tesla Model Y had no equals in the mentioned period.

Tesla launched the Model Y in March 2019. It’s a cross-border sports multi-purpose electric vehicle that began to be delivered the following year. This car replaced the predecessor Model 3 in some markets soon after its launch and became Tesla’s best-selling model. 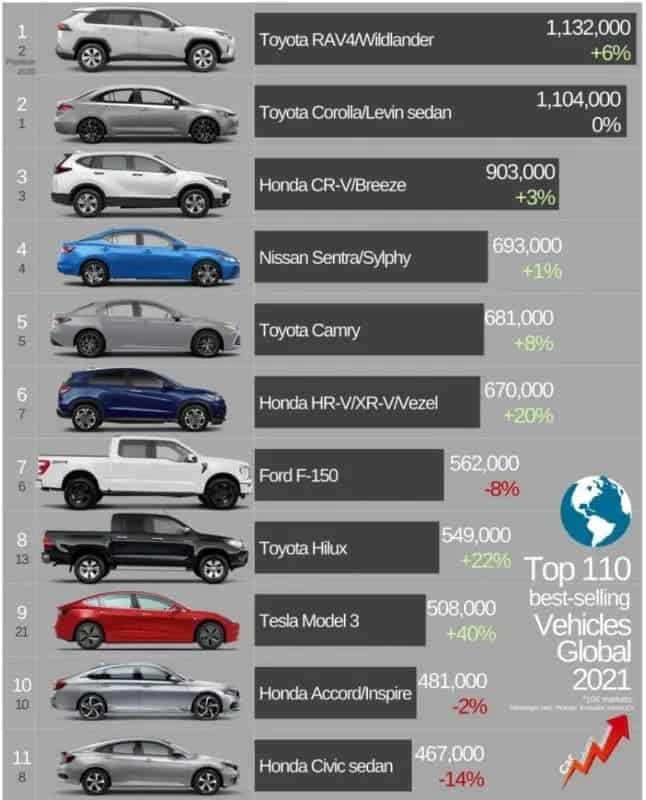 Data shows that Tesla delivered 97,950 Model Y units to consumers around the world in June this year. This number far exceeds other electric vehicles. What’s more interesting, the second place belongs to the Tesla Model 3, an electric vehicle that began deliveries more than two years before the Model Y. It deliveries reached 53,768 in June.