On the Google Play Store, the version number of an application is no longer visible. Instead, we simply have the date of the last update. An extremely curious choice on the part of Google which thus removes valuable information from the user.

Sometimes, Google makes curious, even incomprehensible choices. The pick of the day falls into this category. It concerns applications from the Play Store. The Mountain View company hides the version number of the software concerned.

On Android’s Google Play Store, just go to a software’s page and tap “about app” or “about this game” to see the app number. This is no longer possible, this mention being simply not existing. 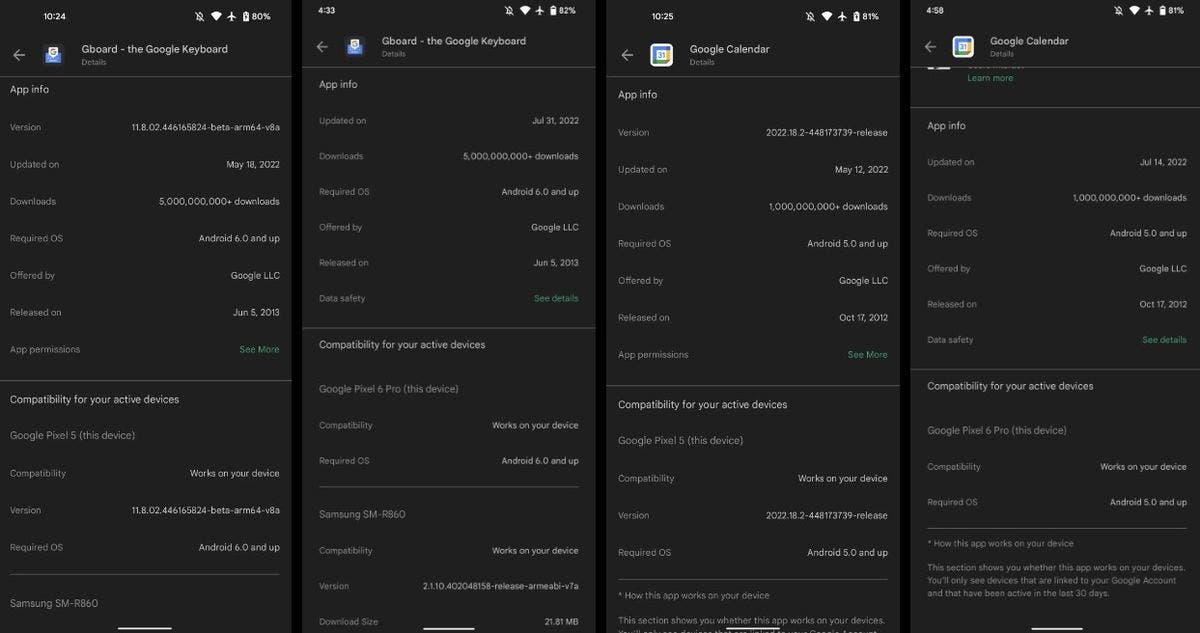 This change seems for the moment only to concern the beta of the store in its American version, since users can always see this information in Europe. However, it should dissapear soon. From now on, the only valid information on the follow-up of the application resides in the date of the last update, displayed at the top. Note that on the web version of the Play Store, the version number is currently still displayed for Americans.

The reason for this removal was not given by Google, since users discovered it by chance. The 9to5Google site even ventures to guess on the subject, saying that it could be a bug rather than an intentional removal, although the chances are low. In any case, this withdrawal does not really make sense; since it deprives the user of valuable information about the applications he is trying to download.

This is all the more surprising given that Google is currently trying at all costs to fight against applications that are misleading, plagiaristic or include antivirus software. Removing the version number therefore removes a tool from the user. It only remains to wait for a statement from the Californian giant on the subject; and possibly the reappearance of version numbers if it is indeed a bug.