According to data from the International Data Corporation (IDC), Smartphones shipment in India saw a growth of 3% year-over-year (YoY)for quarter 2 of 2022. Chinese smartphone brand, Realme beat Samsung and Vivo, trailing only Xiaomi. But when we compare the same data to Quarter 1 of 2022, there was a decline of about 5%. Considering the whole data for the first half of 2022, we saw a slight decline of 1% in overall smartphone shipments in India.

Cause Of The Decline 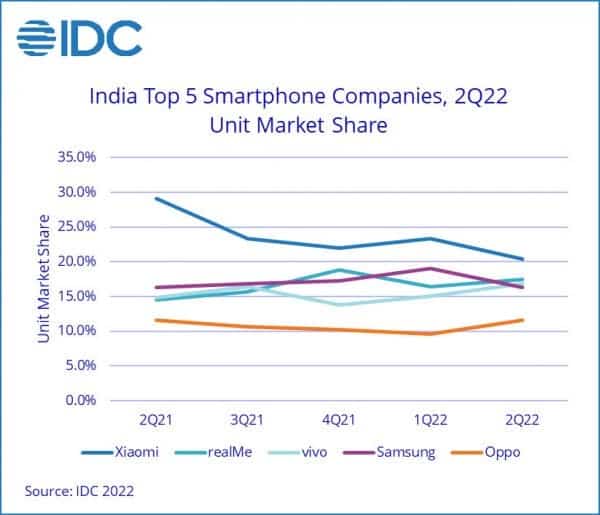 Looking at the overall data from IDC with respect to individual smartphones vendors, Xiaomi maintained their usual top position with a total market share of 20.4%. They actually topped the Indian market again despite the fact that they saw a decline in growth. Comparing their data this year to the same period last year, Xiaomi saw their total shipments declined by 28.2%. This decline meant their total market share in India dipped by 8.8%.

Growth Of Realme So Far 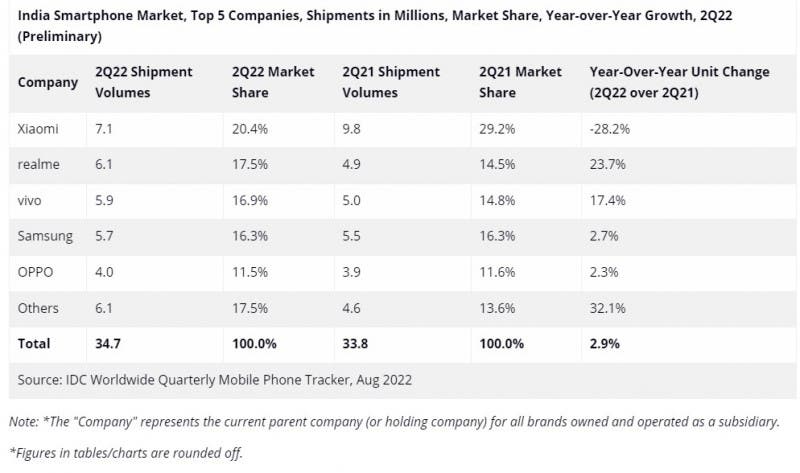 Next Galaxy Unpacked: Galaxy Z Fold4, Z Flip4 and everything to expect