Anyway, the Redmi K50 Extreme Edition is touted to come with a 6.7-inch AMOLED screen. A recent leak reveals that it will be the first K50 series smartphone to have an under-display fingerprint scanner. For sure, it’s not the first in the K-series, but probably is the only one in the K50 series to bring one. Today’s leak confirms the screen resolution as 2,712 x 1,220 pixels. That’s an unusual combination, but it still sits in the Full HD+ territory. 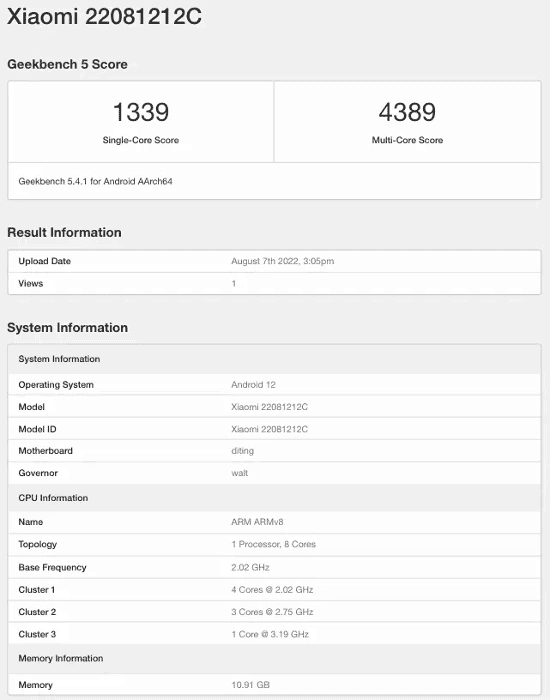 As aforementioned, some leaks have been suggesting the Redmi K50 Extreme Edition as Xiaomi’s first 200 MP camera phone. However, that will not be the case. The phone will bring a 108 MP Samsung ISOCELL HM6 camera. It will come alongside a simple 8 MP ultrawide snapper and a 2 MP “decorative” shooter for macro and depth sensing. Under the hood, the phone brings the aforementioned Snapdragon 8+ Gen 1 SoC. As per TENAA, there will be variants with 8 GB of RAM and 128 GB of Storage, and 12 GB of RAM with 256 GB of Storage.

The Redmi K50 Extreme Edition will draw its powers from a huge 5,000 mAh battery with 120W fast charging. That is for sure an impressive combination! After all, smartphone OEMs have been struggling to pair ultra-fast charging with bigger battery capacities. The device will run Android 12 OS straight out of the box with MIUI 13. Unlike previous claims, the new MIUI 14 won’t be ready in time for the handset. The device will hit global markets as Xiaomi 12T Pro. We can’t discard a POCO rebranding as well.