Tomorrow, on August 11, two tech bigwigs will uncover their folding screen smartphones – Moto and Xiaomi. Plus, in a couple of hours, Samsung will introduce its own models. Thus, the competition in this niche becomes fiercer. Each of these brands has been working hard to take the first position. And as we guess, the price policy will decide everything. Today, we have already learned that the Moto Razr 2022 will cost 5999 yuan ($888). And what about its rival – the Xiaomi MIX Fold 2?

How Much Will Xiaomi MIX Fold 2 Cost?

According to a Weibo tipster, two folding screen smartphones (with a strong probability, he meant the Samsung Galaxy Z Fold 4 and the Xiaomi MIX Fold 2) are priced too high. The reason is the screens they use. For instance, the external screen of the MIX Fold 2 has an ultra-high screen ratio. The customized version of the screen is twice as expensive as the ordinary flexible screen. So this makes sense. Also, the inner screen of the Xiaomi MIX Fold 2 adopts Pol-less technology. The latter effectively reduces the power consumption of the screen. But as you guess, it also will have a serious impact on the price.

If believe various analysts and calculations, the total cost of the Xiaomi MIX Fold 2 screens has reached 4,000 yuan ($595). Thus, if this information is accurate, we are dealing with the industry’s most expensive screen smartphone. 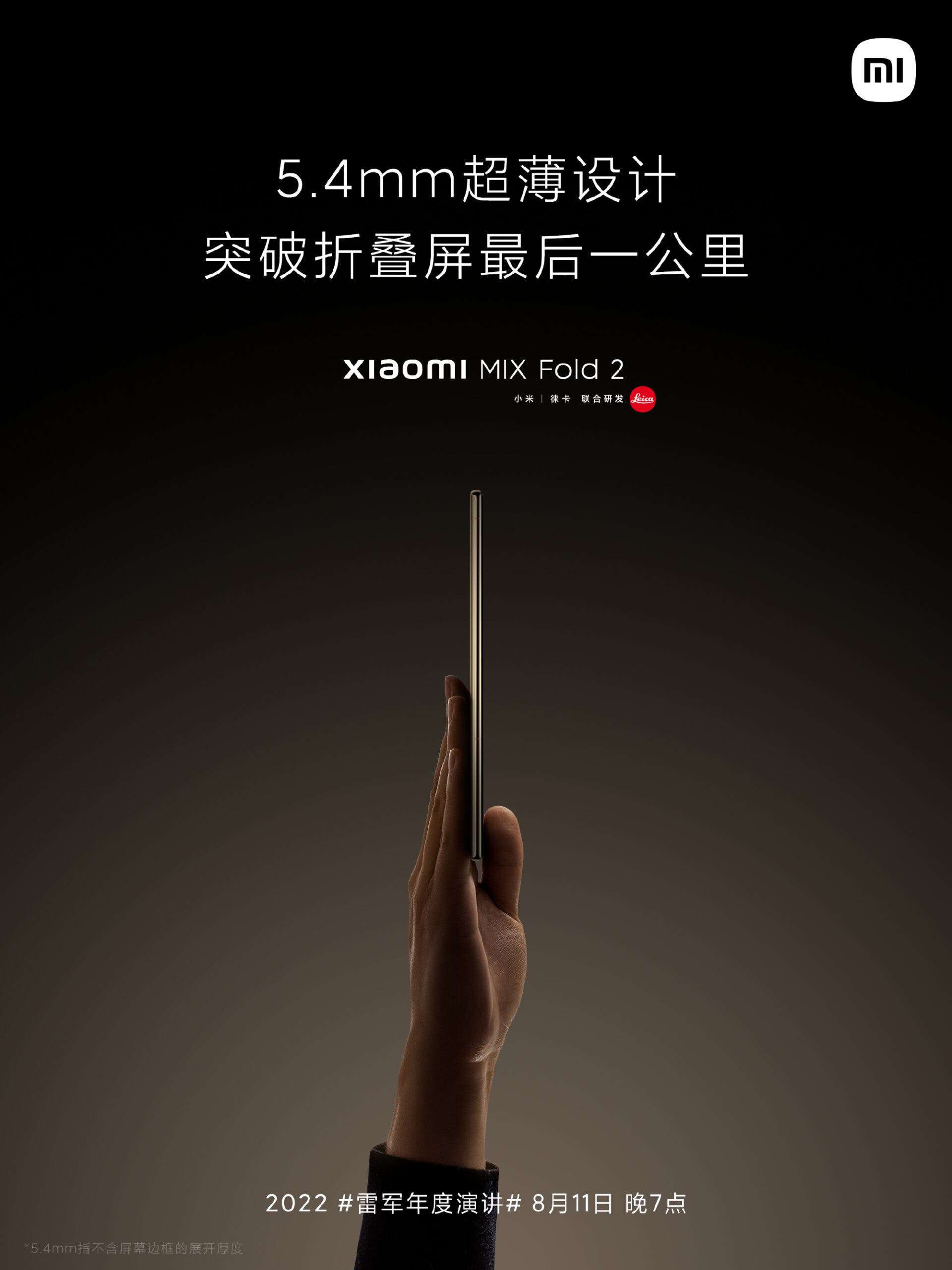 Apart from this, our protagonist will use an integrated carbon fiber hinge and a new ultra-thin stacking process. Due to the self-developed integrated micro-droplet shape hinge, it will be only 5.4mm thick when unfolded. Generally, its thickness is 11.4mm once folded, and the whole machine weighs 262g. So there is every reason to think its price will be much higher than the previous generation’s 9999 yuan ($1487). In this regard, we have heard that the starting price of the 12+256GB version is between 10,000 and 10,999 yuan ($1636). But this is the lowest configuration. There will be 12+512GB and 12+1TB versions as well. Do you imagine how much the latter will cost?

Prior to this, we learned that the external screen resolution of the Xiaomi MIX Fold 2 reached 2520 x 1080, while the ratio is 21:9. Thus, Xiaomi returns to the mainstream screen ratio.

The handset will also have a number of outstanding features inside. For instance, it will come with the Snapdragon 8+ Gen 1 chip. The 4500mAh battery will come with 67W fast charging support.

Lastly, there will be a 50-megapixel main camera (Sony IMX766 sensor, supporting OIS), a 13-megapixel lens (Howey ov13b), and a 2x telephoto lens.