NASA (National Aeronautics and Space Administration) on Monday (August 22) approved its Artemis 1 mission. The agency will conduct an unattended test flight around the moon next week. The liftoff is scheduled for Monday, August 29, in a two-hour window that opens at 8:33 AM ET (20:33GMT). The historic mission, the first in NASA’s Artemis program to return astronauts to the moon, will lift off from pad 36B at Kennedy Space Center in Florida. This will be the maiden flight of the Space Launch System (SLS) Megarocket. This is NASA’s most powerful rocket ever, and a key test of its Orion spacecraft.

Artemis 1 will launch a 98-meter SLS rocket and its Orion capsule on a 42-day mission around the moon and back to Earth. NASA called the test flight its first mission to return to the moon with a crew-capable spacecraft in nearly 50 years. It is also the first new vehicle of its own since NASA retired its space shuttle fleet a decade ago. According to NASA’s plan, Artemis 1 will lift off from launch pad 39B, the same launch pad used by the Apollo 10 mission to orbit the moon in 1969. Also, after takeoff, it will takes about a week to reach lunar orbit. At the lunar orbit, the Artemis 1 will stay for about for a month, then return to Earth on October 10.

“This is the first flight of a new rocket and a new spacecraft,” Mike Sarafin, NASA’s Artemis 1 mission manager, told reporters. “We’re doing a very difficult thing, and it does have inherent risks in it.” 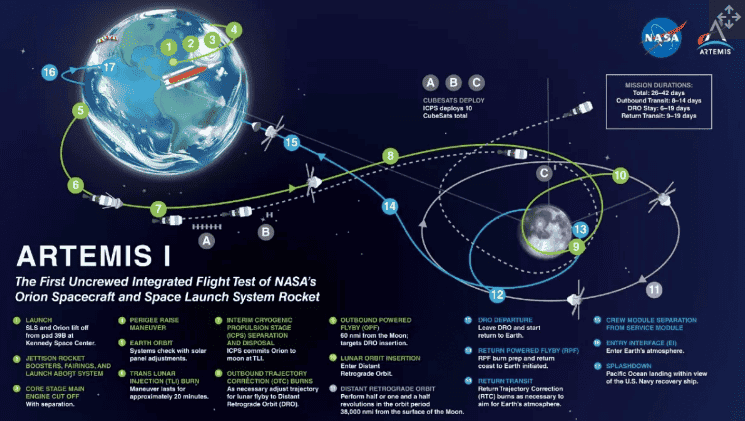 Artemis 3 – first mission to the moon with a crew

NASA will perform manned flight on the Artemis 2 mission, which is expected to fly in 2024. The Artemis 3 mission will be the first crewed Artemis mission to the moon. It has a goal of sending astronauts to one of 13 landing sites on the moon’s south pole in 2025. This mission will make use of the SpaceX Starship lander. However, both tasks are of course dependent on the Artemis 1 test results.

NASA currently has three chances to launch Artemis 1 in the current flight window, which opens on August 29. The fallback dates are Sept. 2 and Sept. 5, and NASA is expected to outline its launch strategy after a launch readiness review meeting this Saturday.

The Artemis 1 mission was proposed in 2012, and the “Artemis” plan seeks to achieve “the moon’s south pole landing” and “the establishment of a sustainable lunar base” and other further lunar explore. Artemis 1, critical to NASA and its manned lunar exploration program, will be the first flight of the SLS rocket and the second Orion mission. Artemis 1 was originally scheduled to launch in 2017, but was delayed until the end of 2019 due to improvements in the design of the manned spacecraft. However, even in 2019, the spacecraft was still not ready to take off. In addition, the coronavirus pandemic did not help matters as it is one of the reasons for further delays.

NASA Curiosity to get a new update

According to New Scientist reports, NASA’s Curiosity Mars rover is about to receive a new software update. The report claim that this new update can make it move 50% faster, allowing Curiosity to get around faster. The engineers wrote the “upgrade code” in 2015 , but a bug was discovered in subsequent tests. Thus, they couldn’t reproduce it in computer simulations, and the upgrade has been shelved since then. It was not until 2019 that they reproduced the bug and fixed it after the computer simulation update. 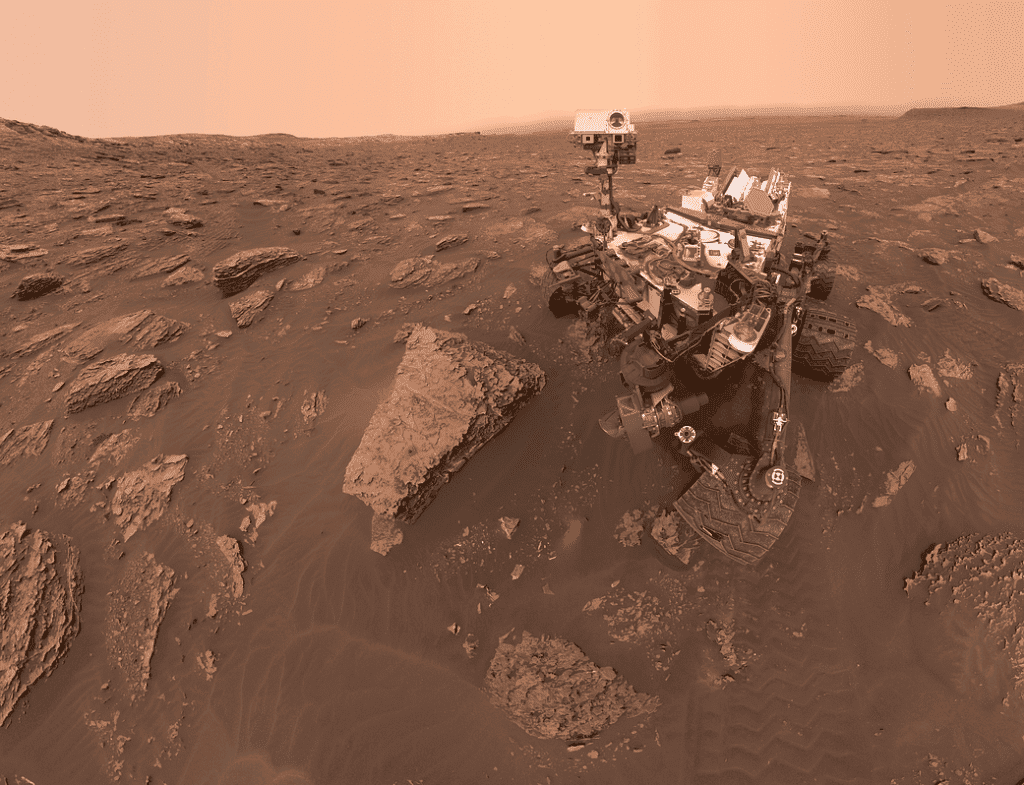 After a long period of testing, this upgrade is finally ready to launch on Curiosity Mars rover. The Curiosity is about to usher in a speed-up upgrade. According to NASA’s previous strategy, Curiosity must often stop to check its position during missions. After this update, it will be able to move quickly and improve detection efficiency. NASA’s Curiosity Mars rover landed on Mars on August 6, 2012. It has been 10 years now, far exceeding its original two-year design life, and it is still performing missions on Mars.