WhatsApp has started rolling out its new community group feature to users of its beta Android app, WABetaInfo reports. This feature is a “major WhatsApp upgrade” according to Meta CEO Mark Zuckerberg.

WhatsApp’s Communities feature has been in development for almost a year now, but Meta officially hinted at its existence last April in a press release that detailed the changes coming to the messaging app. After several months of waiting for its arrival, the messenger team has finally decided to start rolling out the feature.

According to a report by WABetaInfo, WhatsApp is currently testing Communities with some Android users. It seems that versions 2.22.19.3 (beta) and 2.22.19.2 (stable) are the first compatible. Those who received this update will find a new Communities tab that replaces the old Camera tab. 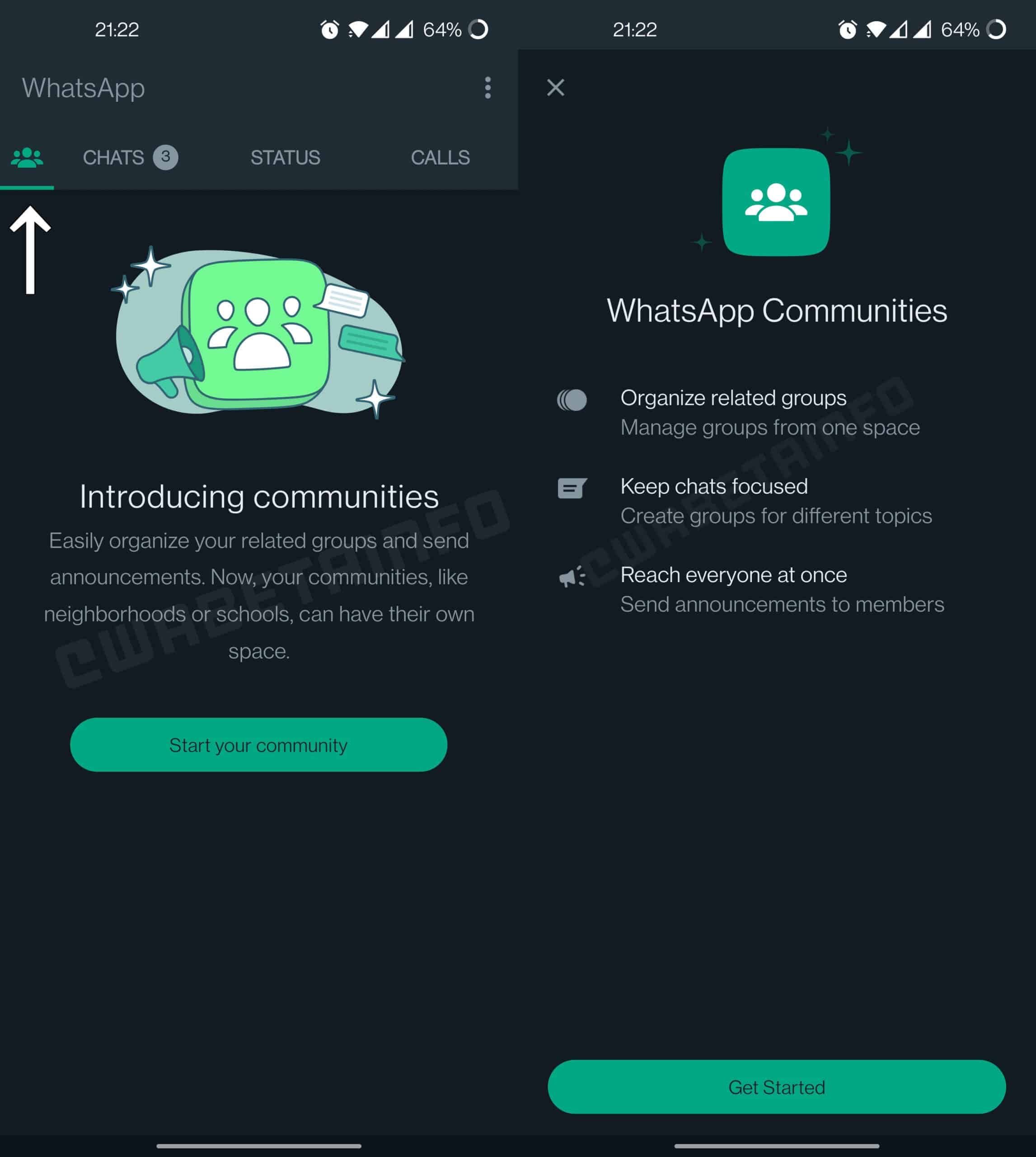 For those unaware, the Communities feature will allow you to easily manage all your related groups and create subgroups for different topics. Users can create 10 subgroups and each of them can contain up to 512 members. As soon as you create a Community on WhatsApp, a group is automatically created under it.

WhatsApp users can, for example, create a Community for a school with subgroups for each class or extracurricular activity. Administrators can then send announcements to the entire group to reach all users, or only certain groups.

A community member can decide to join a subgroup based on their interests. He can also leave the subgroup whenever he wants without leaving the community itself. WhatsApp communities will also let you block certain people, report abuse, and more. Also, just like normal chats, they will be end-to-end encrypted.

If the test of this new feature is successful, WhatsApp may soon make this new function available to all users in the coming weeks. We will keep you updated in this regard.

Previous Facebook is down: The news feed is completely broken!