The ex-girlfriend of McAfee founder, Samantha Herrera, has made a huge claim about John McAfee. According to reports, the American antivirus founder hanged himself in a Spanish prison in June 2021. However, Samantha Herrera, in a recent documentary claims that McAfee faked his death and is currently living in the United States. In the Netflix documentary “Running With the Devil: The Wild World of John McAfee”, his ex-girlfriend Herrera claims that McAfee is alive. She claims that he was in a cell but escaped and is now in the United States: “After McAfee died, I got a call from him, and he said he had paid to his fake death.” 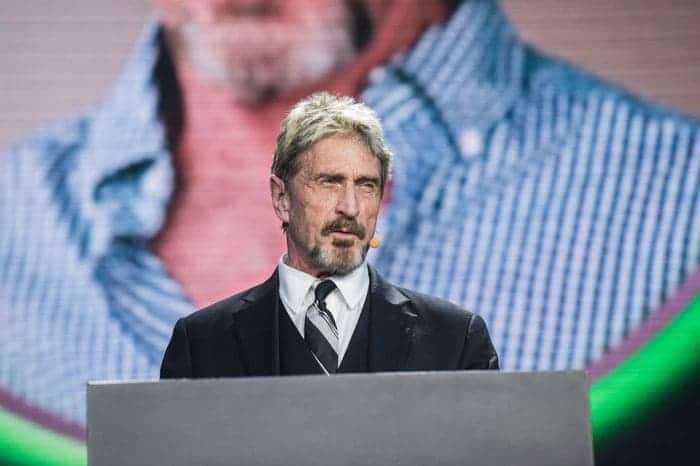 Herrera also claims that McAfee asked her to elope with him. She also claims that McAfee says only three people in the world knew he was alive. However, she did not reveal the identity of the three people that knows. As of now, there is no way to officially confirm Herrera’s claims. The documentary director, Charlie Russell has reservations about Herrera’s claim that McAfee is still alive. McAfee was arrested in Spain in October 2020 for tax evasion. On June 23, 2021, Spain’s national court approved the extradition of McAfee, hours after news broke that he was found dead in his cell. The official autopsy shows McAfee committed suicide, but before that, McAfee has repeatedly tweeted on social media that if he was found dead in prison, it would not be suicide.

After more than a 7-month delay, the court rules McAfee founder McAfee died by suicide

A Spanish judge ruled back in February that John McAfee died by suicide. After the death of McAfee, the judge was very slow to make a verdict on the cause of death. McAfee is a controversial cybersecurity pioneer. At the time of his death, he was awaiting extradition to the United States on federal charges of fraud, money laundering and tax evasion. McAfee took his own life, according to a judge at a court in Martorell, a city outside Barcelona. The ruling confirms the initial autopsy findings.

McAfee’s daughter Jen requests that they cremate her father’s body and send it back to the United States. However, McAfee’s ex-wife Janice insists McAfee was murdered. Janice is currently believed to be still in Spain. Janice immediately appealed the judge’s decision to a higher court, according to a lawyer involved in the case.

Next Vivo X80 Pro+ poster exposure - to be released in September