The Armor 15 is the latest rugged phone from the Ulefone brand. The smartphone was officially launched on Kickstarter to raise funds. From what we can see on the Kickstarter website, the Armor 15 project has been successfully funded. Now, being a rugged phone, the Armor 15 is obviously a really tough smartphone, but how tough? Are there any ways to prove that? Well, yes, Ulefone carries high level durability tests on their rugged devices. Let’s see how the Ulefone Armor 5 faired in thesm!

As we can see in the video, the brand kicks off with the touch screen test. The phone screen is still smooth after being drawn lines for 100,000 times. Secondly, the buttons of the devices are pressed for over 100,000 times to check their endurance for countless clicks and taps. The subsequent tests are mini-drop endurance test, USB endurance test, drop test of 1.5M from multi-angle, crushing test, high/low temperature test of -40℃-55℃, sand & dust test, tumble test, 1.5m waterproof test within 30 minutes, ball pressure test 30g/60g/90g/130g, aging test.

So, after going through all those test, the Ulefone Armor 15 appears to be still fully working. No matter whether is an extreme temperature or being dropped numerous times, tumbles, mini-drops, crushing, the Armor 15 bears no any damage and remains intact and sleek and still works properly.

It’s not just a Rugged Phone 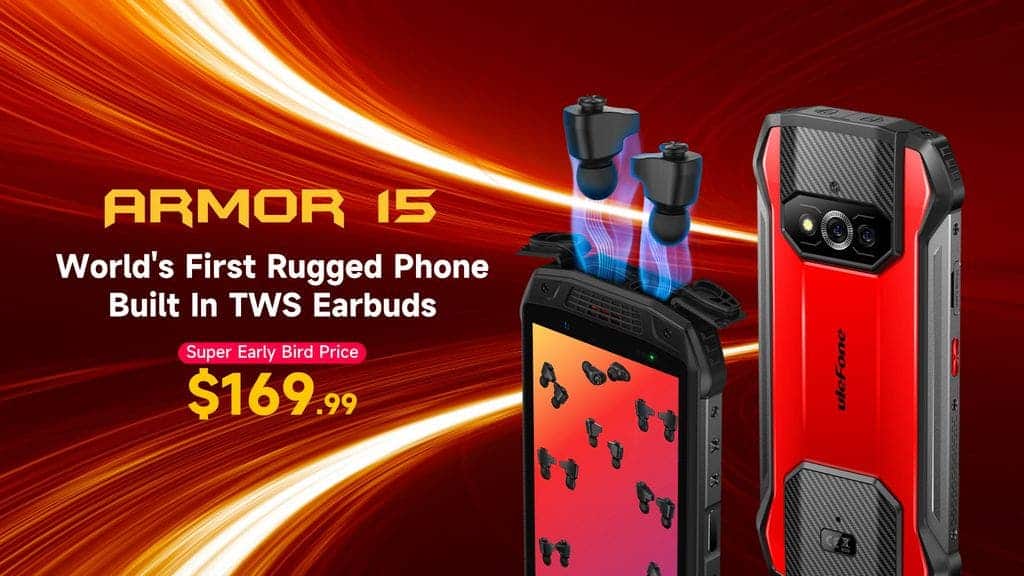 Among the specs, the built-in TWS earbuds are the real deal. The uBuds inside the Armor 15 connect lightning fast the instant you take them out of the case. They are also comfortable, easy to take and great for running, hiking, fitness and other sports. They also have 5 hours of listening time for single charge, up to 505 hours of total battery life with Armor 15 case. The earbuds also manage to offer HiFi sound quality. Needless to say they are compatible with varieties of devices like laptops, tablets, phones, etc.

Finally, according to Ulefone officials project timeline, after the end of fund-raising, it will soon go into production. Since its crowdfunding campaign, the Armor 15 has been very popular. That’s probably because there aren’t many rugged phones with built-in earbuds out on the market. Well, as a matter of fact, the Ulefone Armor 15 is the only one.

Next Huawei Mate 50 Pro will use a 1.5K notch screen that supports Face ID