Earlier this month, Realme hosted a launch event where they launched a couple of new devices. On the August 18 launch event, the Realme 9i 5G and Realme buds T100 wireless earbuds got their debut. The big disappointment of the night was the fact that we didn’t see one of the most anticipated Realme products. The Realme Watch 3 Pro launch was canceled at the very last moment of the launch.

A Twitter post we sited today confirms that the Realme Watch is coming next week, September 6. The Realme Twitter handle namely @RealmeTechlife tweeted this some few hours ago. According to the tweet, the new Realme Watch 3 Pro will get into the limelight at 12:30 PM on the set date.

Accompanying the tweet was a 2D drawing of the Realme Watch 3 Pro. It looked like a large display smart watch with a slim body and just one side mount button. The tweet did not particularly state any specs apart from stating that it had a large screen. Even the screen size was not stated. 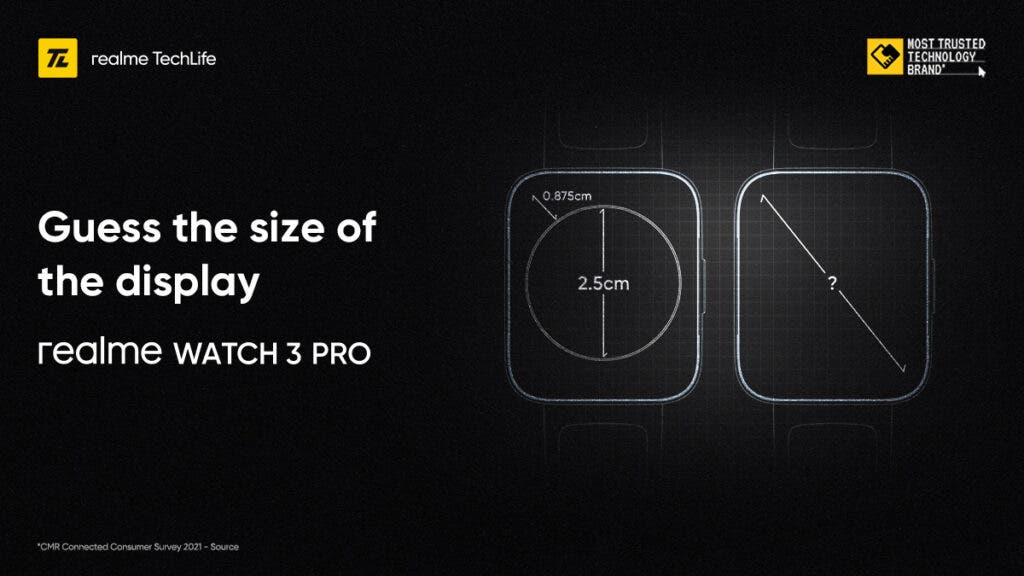 However, there is a round body behind the Realme Watch 3 Pro that houses the sensors and the charging area. This round body has a circumference measurement of 2.5cm and the measurement from the circumference to the edge is also 0.875cm. By providing these tips, Realme asked their followers to guess the size of the upcoming smart watch.

Clearer Image Of The Realme Watch 3 Pro Pops Up

Few hours after the first tweet, they also tweeted a more visible image that gives us a bit more detailed information on the Realme Watch 3 Pro. We could see an OLED display with a little hole by the lower side of the watch. This whole seems to be the hole for the loudspeaker. This clearly tells us that the new watch will support call answering and possibly calling back a contact after missing a call and more. 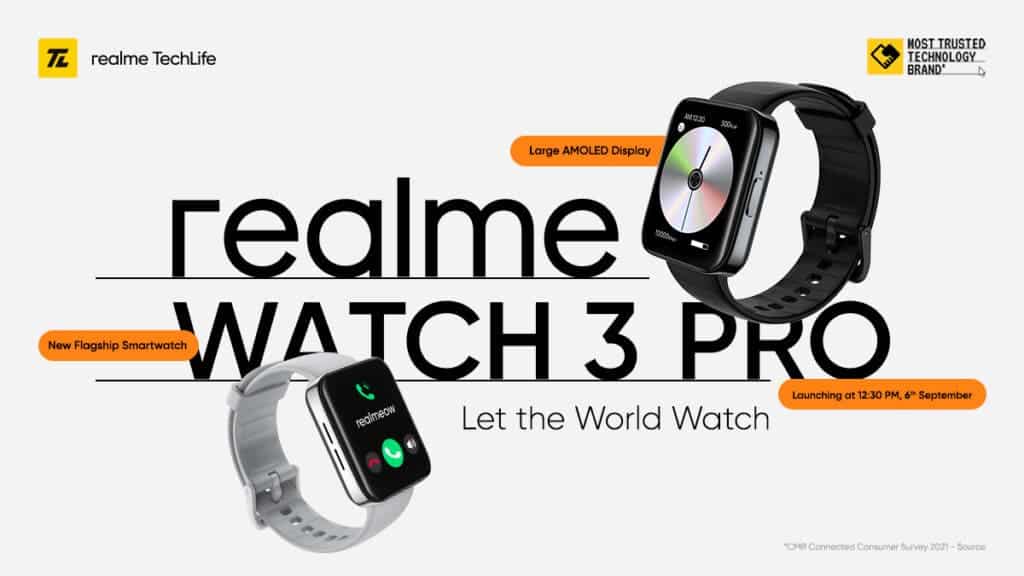 Unlike the LCD on the predecessor which resulted in poor battery life, we expect that this new watch will have a significant improvement on the battery life due to its OLED display.

Pricing And Launch Of The Realme Watch 3 Pro

As stated earlier, the smart watch is set to get into the public eye on the 6th of September at 12:30PM Indian time. That makes it 7:00AM GMT. As at now, we don’t have any information regarding pricing yet. So we cannot tell whether it is going to be more expensive than its predecessor. I guess everything that has to do with the specs and pricing will be clear on the day of launching.

Next DxOmark: Xiaomi 12S Ultra camera is better than the iPhone 13 Pro Max