There have been tons of rumors that the Cupertino-based company will add a notch to the upcoming iPhone models. According to them, there would be two notches (the “hole + pill design”) – one will be for the camera, while the second notch should be for the FaceID components. Today, MacRumors quoted a mysterious tipster who said that those two notches would turn into a single pill-shaped notch when the iPhone’s display is active. A bit later, Bloomberg’s Mark Gurman confirmed the rumor.

We now believe Apple will have a hole + pill design on the iPhone 14 Pro and Pro Max models. The smaller hole will not be invisible…The two hole concept will be unique to Apple, like the notch, not similar to all the pill models from Huawei…Let's see those new renders pic.twitter.com/Udt8cTKzPZ

As the sources explained, Apple has developed an algorithm to turn off the pixels between these two notches. Therefore, it would create a contiguous black space. Moreover, the company “intends to visually expand the blacked-out areas around the cutouts to host content.” Simply put, the iPhone will change the length of the notch on the iPhone models according to various scenarios.

This is true. It looks like one wide pill shaped cutout. Having that separation would look odd during use. https://t.co/SrAtYQsENx

Extra Functionality For Notch On the Upcoming iPhone Models

For instance, 9to5Mac reported that Apple is considering using the space to display the green and orange camera and microphone indicators. They are currently in the status bar. If so, they will get more functionality. Say, users can tap on them to see a list of which apps have accessed, either the microphone or camera. 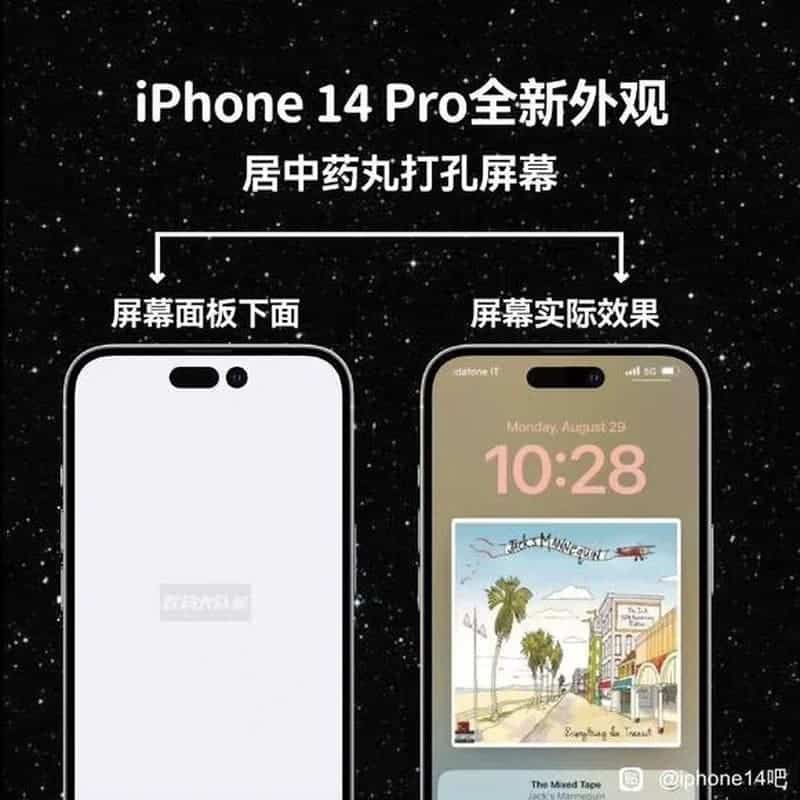 In fact, these rumors are on par with the patents we saw recently. There was a section telling how the company would separate the phone’s IR light emitter from the main notch. “The IR light emitter may be placed at a location with less-constrained space and use the light folding element to project the IR light in a specific direction. This can reduce the overall size of the imaging and sensing components, thus decreasing the size of a notch for holding the imaging and sensing component and increasing the display area of the device.”

What’s interesting, we hear about this feature a week ahead of the launch. So if it is accurate, Apple has finalized this, and the upcoming iPhone models will support the feature. We mean, most likely, you won’t need to wait for an update to unlock the feature.

Next Oppo plans to remove the chargers from its smartphones package