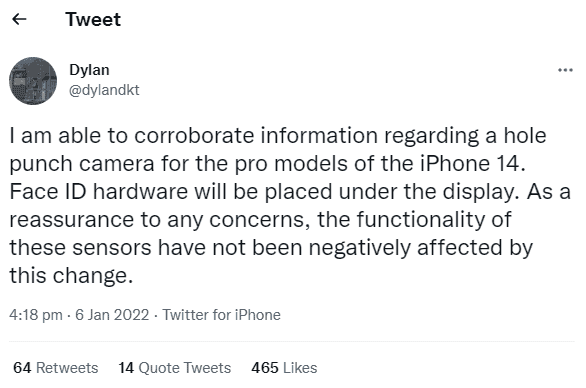 iPhone 14 series will have four models

The appearance of past generations of iPhone has attracted much attention. However, from the iPhone 11 series to the iPhone 13 series, the appearance of the iPhone has not changed much. This is mainly because they all come with a notch design. Of course, the changes in the iPhone 12 series are quite big, after all, the frame has changed from rounded corners to a right-angled design.

In addition, there are reports that the iPhone 14 series will continue to use the A15 Bionic chip. However, the iPhone 14 Pro series will use the A16 Bionic chip (tentatively named) with a 4nm process technology. As of now, we can not ascertain the authenticity of the chip information for some reason. We know that there is already an A16 Bionic SoC, thus Apple has no reason to impose this restriction. Furthermore, it is not Apple’s pattern to use different chips for the same series.  Whether or not the company will use two chips for the iPhone series remains to be seen.