The developers of the well-known benchmark AnTuTu have released their monthly ranking of the most powerful flagship and mid-range Android smartphones.

AnTuTu experts predict a fierce struggle between flagship devices in the near future. In August, new smartphones powered by the Qualcomm Snapdragon 8 Plus Gen 1 SoC were introduced. While the Snapdragon 8 Gen 2 will arrive earlier than expected, in November.

Changes have already started and are clearly visible in the rating for August. The top 10 devices are all running Snapdragon 8 Plus Gen 1, while models running on MediaTek Dimensity 9000 are no longer available in the list.

In the top three, the Asus ROG Phone 6 moved up one spot to take over second position behind the Red Magic 7S. While the Red Magic 7S Pro has moved into third place, pushing the iQoo 10 Pro into fourth. 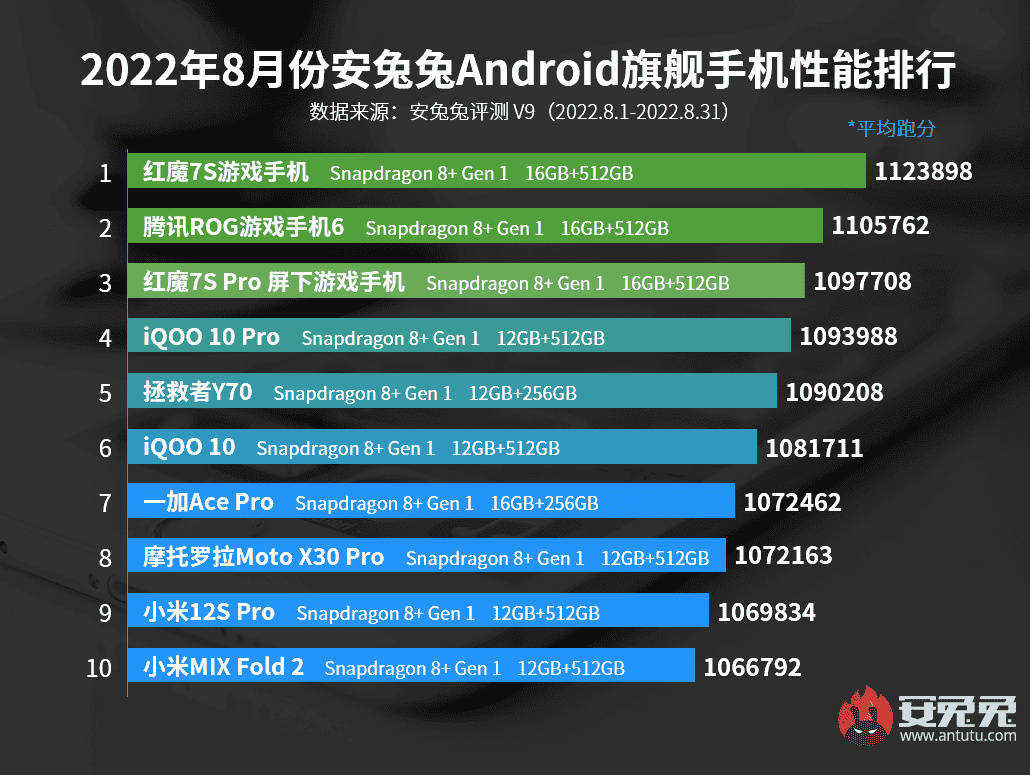 As of August 2022, the AnTuTu benchmark team has provided also ratings for sub-flagship and mid-range Android-based devices.

Contrary to the flagships, practically all of the top 10 devices in the more affordable are based on MediaTek SoCs. Specifically the Dimensity 8 series platforms, according to AnTuTu experts. 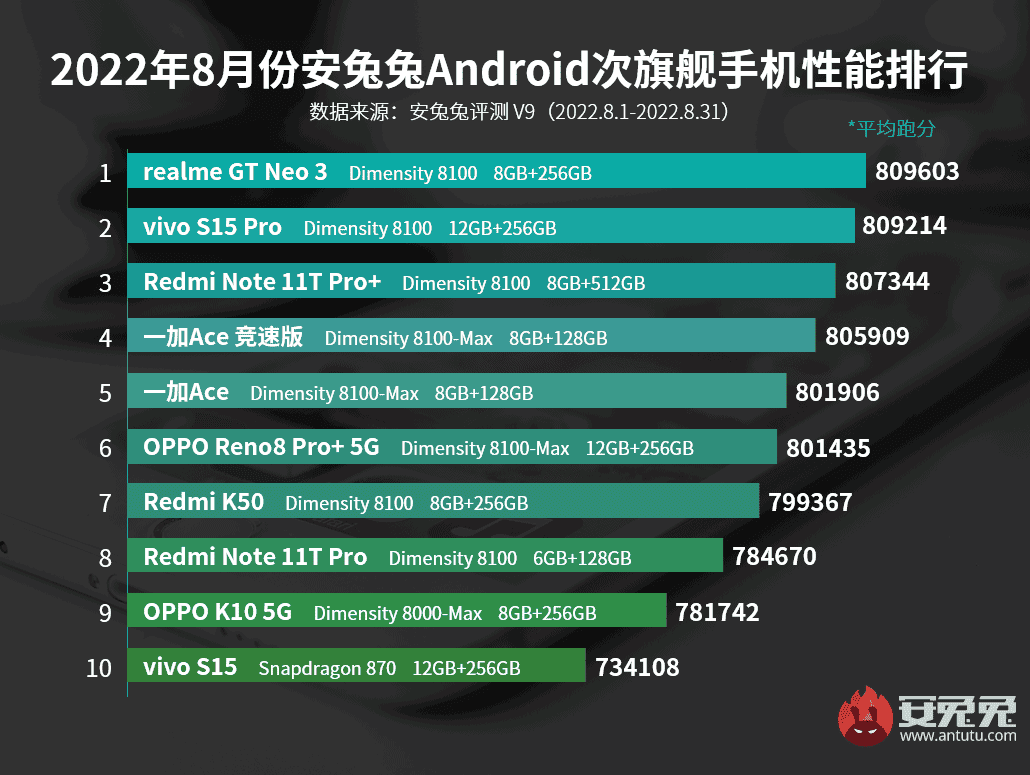 In the ranking of low-cost smartphones, the iQoo Z5 maintained top place. Followed by the Oppo Reno8 Pro and Xiaomi Civi 1S in second and third, respectively. Honor 70 dropped to fourth place. Honor 60, Honor 50 Pro, Xiaomi 11, Honor 11 Youth Edition, and Honor 50 round out the top 10. 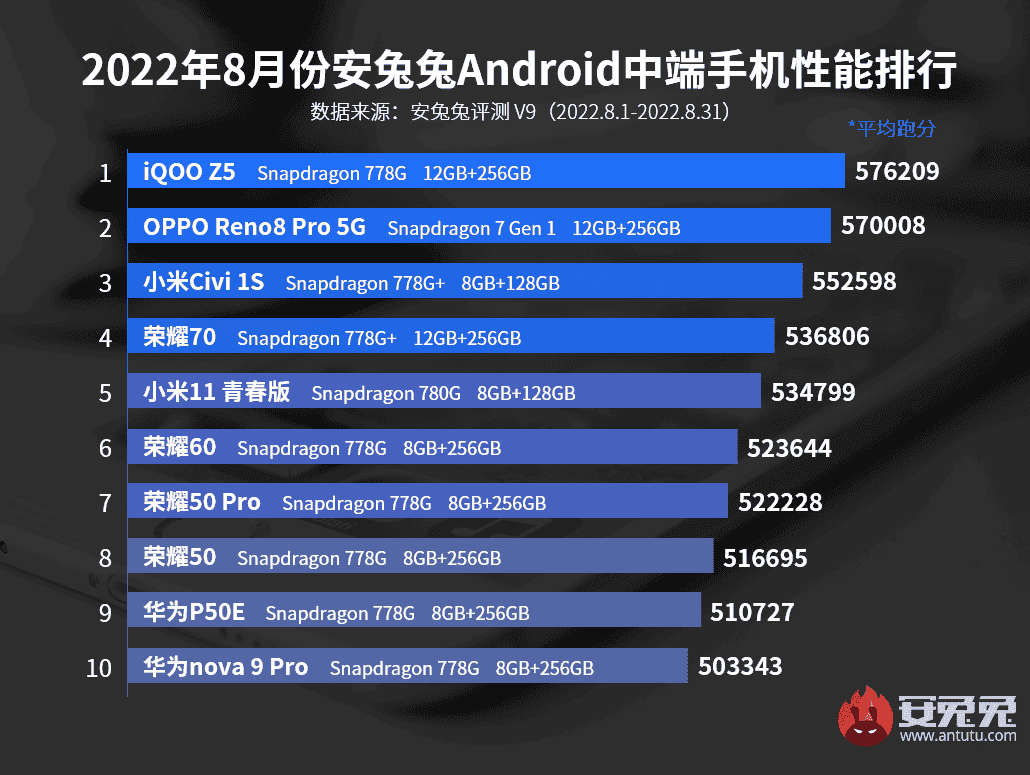 the Data is gathered between August 1 and August 31, 2022. Instead of using the best scores, the AnTuTu ranking employs averages. They take results from at least 1000 tests into consideration for each smartphone. Models with less tests are not part of the rating.

Next Google to move the Pixel production line to Vietnam