Leica is a brand associated with cameras and imaging technologies. But today, the company uncovered its first ultra-short-throw (UST) projector, namely the Cine 1. The latter is capable of projecting up to a 100-inch image when placed at six inches far from the wall. However, you shouldn’t be surprised knowing that this firm designs UST projectors because such products require precise optics to create a square image. So this is the right niche for Leica.

According to the official introduction, the Leica Cine 1 uses in-house developed Summicron lens tech with aspherical elements. Other than that, the product comes with a triple-RGB laser with a 25,000-hour lifespan. By the way, HiSense helped Leica to design this product. Inside, it hosts a Texas Instruments DLP chip. 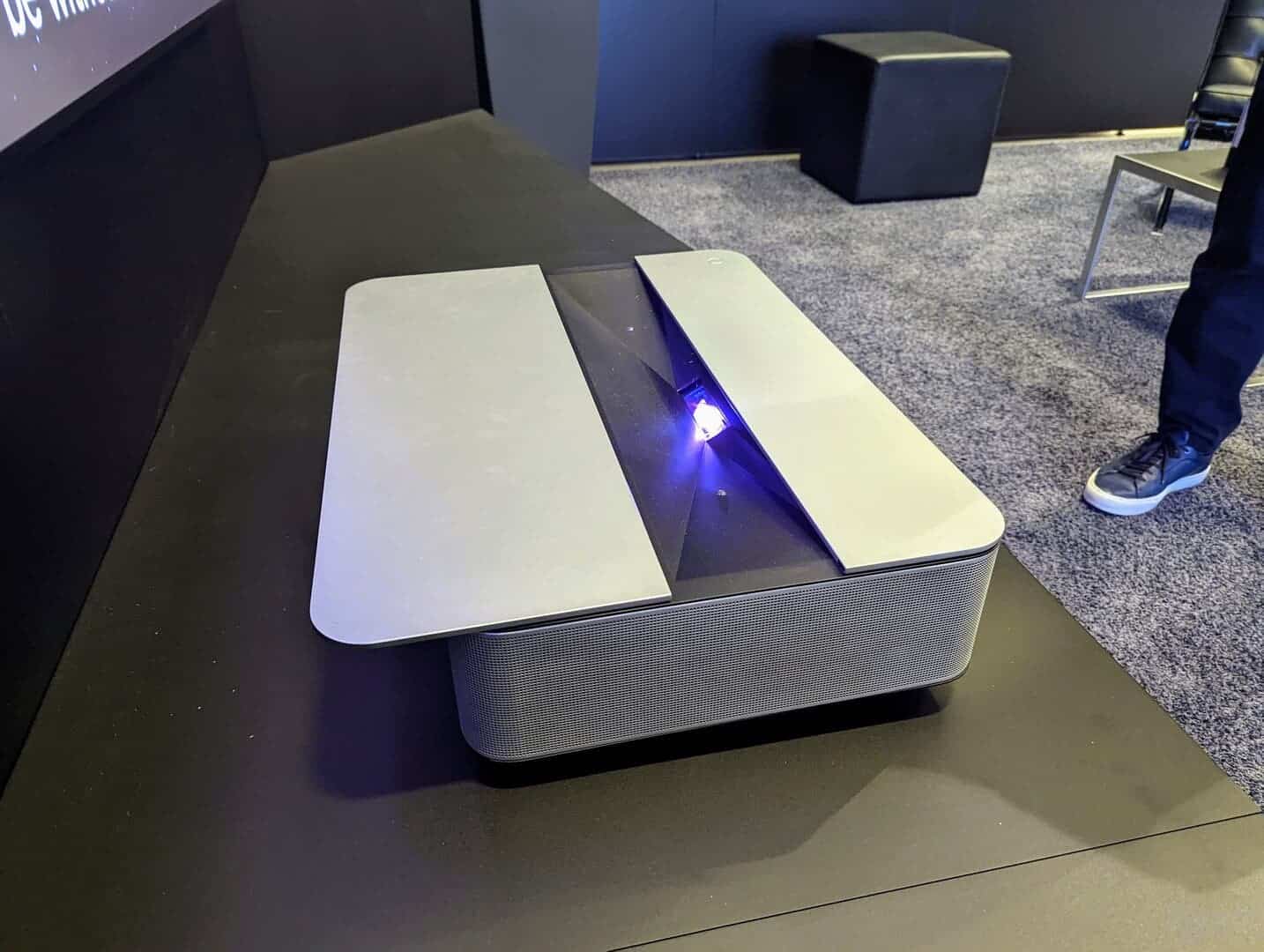 There are two variants of the Leica Cine 1. One supports up to 80 inches of projection, while the higher-end variant supports 100-inch screens. For the former, you have to place the projector six inches far from the wall, while the latter should be 12 inches far from the projection area. Also, these projectors output 2,100 and 2,500 lumens of brightness, respectively.

These are high-end projectors. So it’s logical they will come with good audio performance. for instance, the Leica Cine 1 has built-in Dolby Atmos-powered speakers for surround sound. There is also a TV tuner for linear TV, and they run HiSense’s VIDAA OS. You can expand the storage or plug Blu-ray players and consoles via the HDMI and USB ports. Lastly, it has HDR support.

In terms of availability, the projector’s 80-inch variant costs $6,900, whereas the 100-inch model comes at $7,900. Simply put, you have to sell your kidney to buy one of them (haha). As a reference, the most advanced UST projectors coming with similar features are the Samsung LSP7T 4K with HDR10+ starting at $3,500, the Formovie Theater with Dolby Vision at $3,000, and the HiSense L9G 3,000-lumen Laser TV with Dolby Vision at $5,000. Thus, the first attempt of Leica is not much attractive, at least in terms of price.

Next Global smartphone, PC and tablet shipment to face a decline