One of the secrets of OPPO’s success has been ColorOS, which in only a few years has been able to adapt to Western consumers’ tastes and clothe the Android operating system with a customization layer that doesn’t lose either performance or usefulness. Also, a few weeks after Google released Android 13, even the updated ColorOS 13 is getting close to being public.

In recent weeks, the Chinese manufacturer has handled Alpha and Beta test programs (both closed and open) for various models in order to develop its own graphic interface for the general public, much as what has already been done by other OEMs of the green robot. The testing must have produced the anticipated results because OPPO has recently stated that the release of the significant upgrade in a stable version will start in a few days, ahead of all the other manufacturers in the Android market. So, The company has released a list of the models that will be a part of the Open Beta program beginning in September 2022.

ColorOS 13 based on Android 13 is coming soon 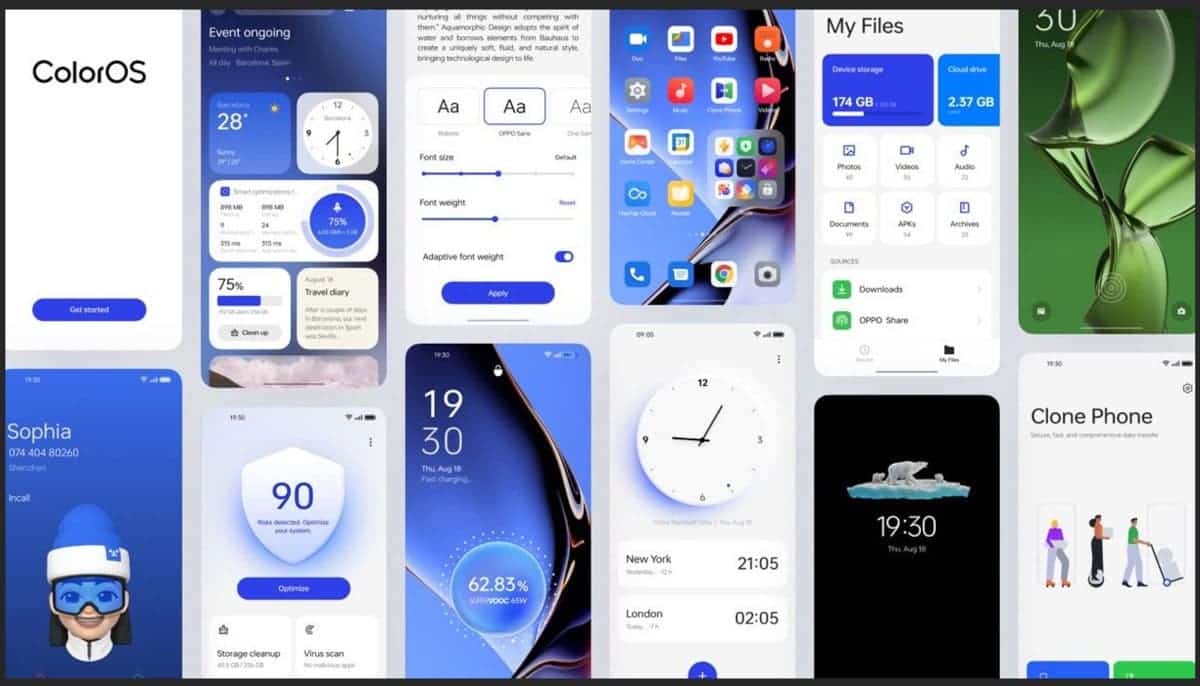 Additionally, regarding the delivery of software updates, OPPO is one of those manufacturers who values openness, to the point where it swiftly announces the release schedules at the start of each month. This time, the standard operating procedure was adhered to as well, with OPPO using ColorOS’ official Twitter account to connect with its users and extending the conversation to both those in China and those present on other foreign markets.

The most significant date is unquestionably September 16, 2022. So, on that day, the first OPPO-branded devices will begin receiving ColorOS 13, which is based on Android 13, in a stable version. This time, the manufacturer even gave preference to foreign customers over Chinese ones: in China, the rollout will begin on September 23, which is a week later. Also, the OPPO Find X5 Pro and OPPO Find X5 will be the first models to receive the update, which is not unexpected. In addition, the OnePlus 10 Pro, will be the first to join them in China. 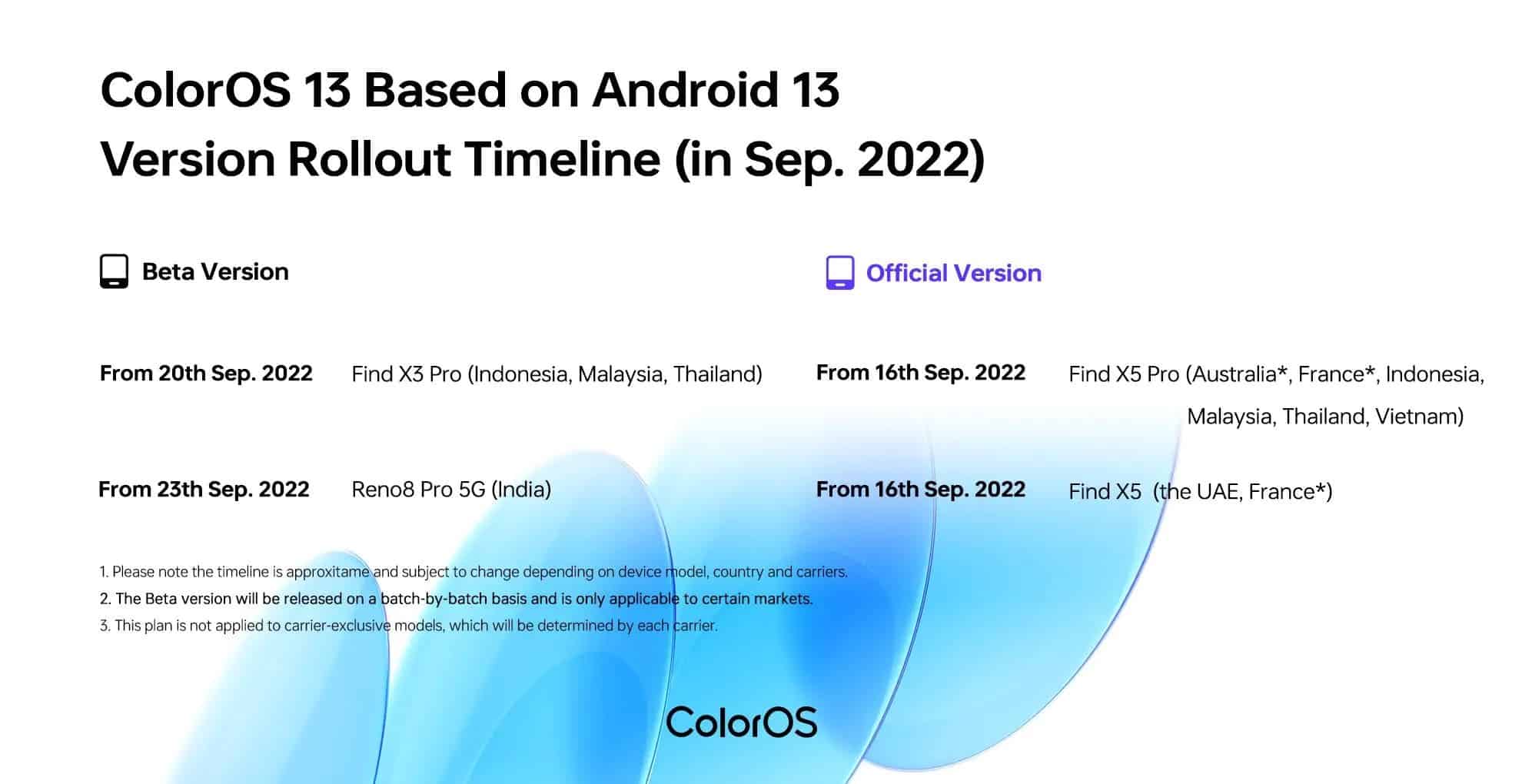 The release plans for September 2022

So, the schedule provided by OPPO for the release of ColorOS 13 in September 2022 can be seen below: