Google declared back in August that Android 13 is being made available to users in its stable version. Manufacturers of smartphones rolled up their sleeves in this situation to quickly distribute the new version to compatible devices. One of these companies, OPPO, unveiled the list of new devices that will be updated globally to the Android 13-based ColorOS 13 operating system.

Oppo smartphones that will get ColorOS 13 worldwide

OPPO released new models that will receive the global version of the ColorOS 13 interface, which is based on Android 13 and is distributed in two ways: stable and beta. As a result, the business began distribution in January. The Chinese manufacturer was one of the first to test Android 13 in August, it gave consumers access to the ColorOS 13 interface, which is based on this version. The new version introduces innovations like several graphic adjustments, numerous new AoD functions, and enhanced cross-device communication.

During the release’s launch event, OPPO concentrated on the Aquamorphic design, which gave the interface and widgets a more rounded appearance. On the other hand, the business has incorporated Google’s Material You into ColorOS. The updated version is also compatible with multi-screen cross-device cooperation. 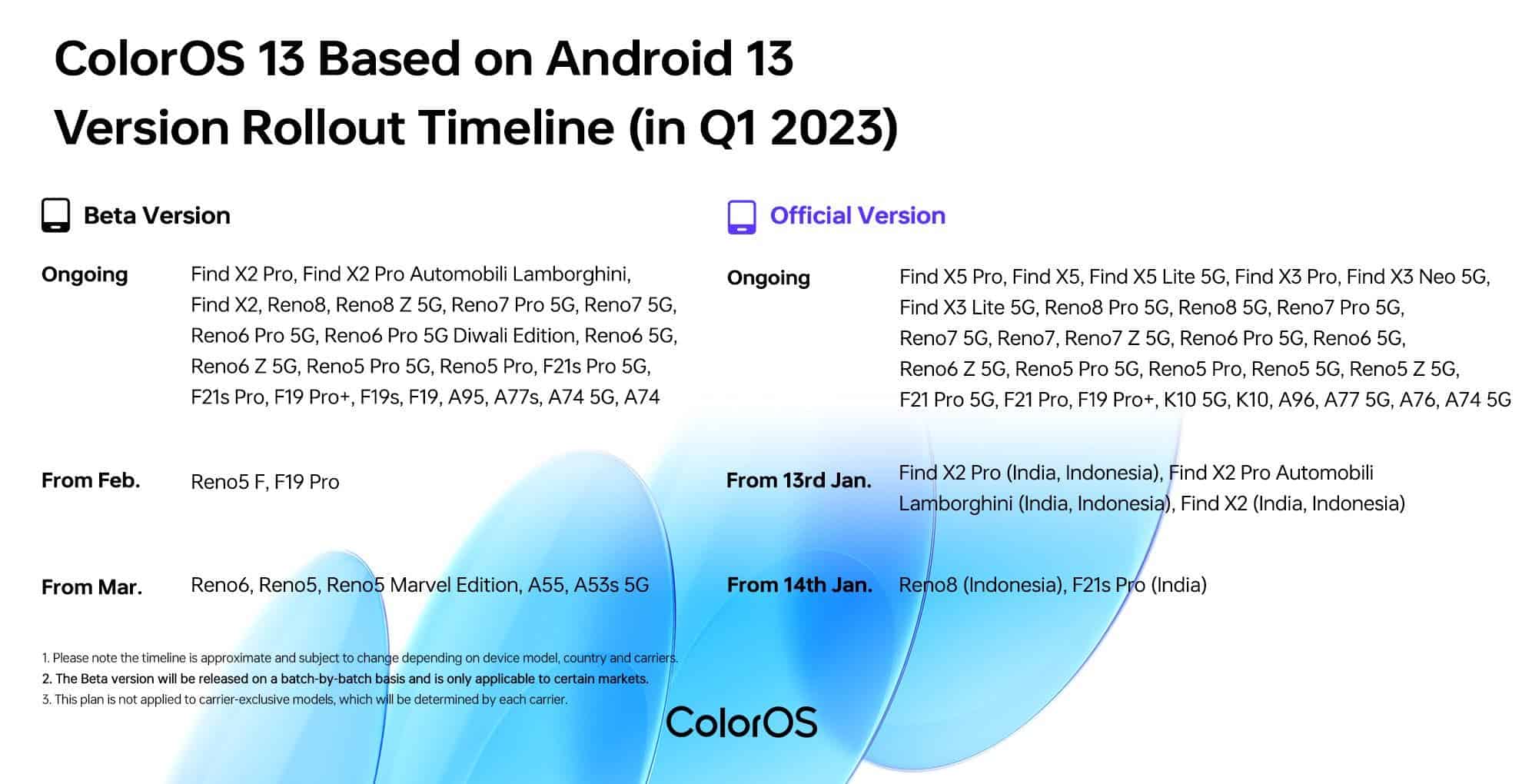 The following models will receive the stable version globally:

Next Here's the first Samsung smartphone to receive One UI 5.1 update