After much speculation, Apple is presenting the new iPhone gang during its Far Out live stream. As expected, this year will be marked by the arrival of four new models. However, instead of a new “mini” variant, we’re getting a new iPhone 14 Plus (Yes, It’s Plus and not Max as previously speculated). The new iPhone 14 and iPhone 14 Plus go official as the base models in the lineup, and in fact, come with minimal upgrades. They are good devices for those coming from the iPhone 12 or previous models, but their advantages over the iPhone 13 series are minimal. Apple highlights some refreshments such as water and dust resistance, new all-day battery life, and refreshing performance. However, in the end, we’re getting a minor upgrade and, for the first time, Apple is splitting its flagship lineup into “less flagship” and “more flagship”.

iPhone 14 and iPhone 14 Plus – specs and features

First and foremost important: the iPhone 14 and 14 Plus will keep the notch design introduced with the iPhone X from 20917. Of course, it’s not the same as the old model, it’s a smaller notch like the one introduced within the last year’s iPhone 13 series. However, it means that Apple is keeping the old design language instead of the new fancier punch-hole design. Some users will probably be disappointed, while others may not really care much. The new iPhone 14 and 14 Plus comes with some design refreshments and have dust and water resistance. The iPhone 14 packs a 6.1-inch panel, whereas the 14 Plus brings a 6.7-inch panel. The latter model will be appreciated by those who always wanted a bigger iPhone, but can’t pay the price of the Pro Max variant. The screens are also more durable thanks to the use of Ceramic. 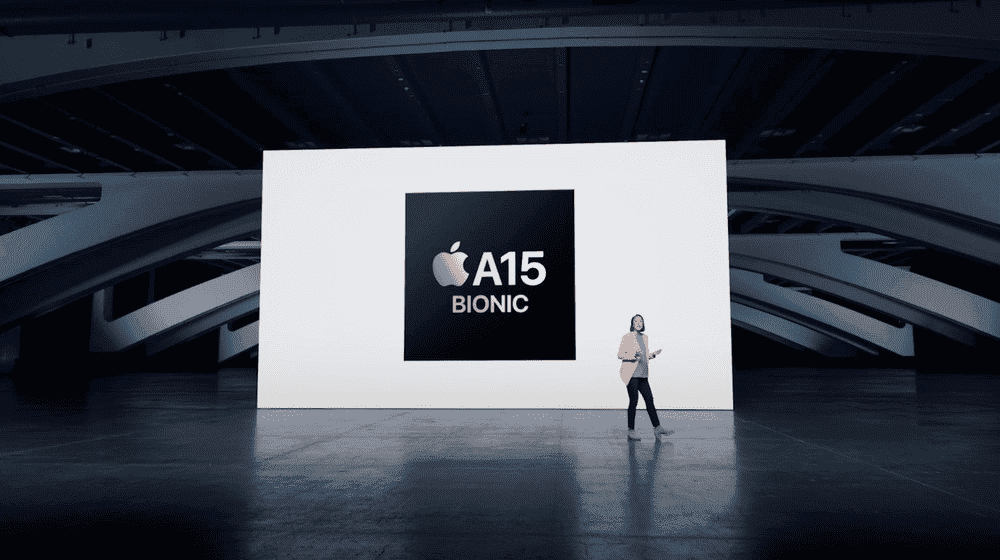 Performance is the same, but the camera experience gets better

In terms of performance, don’t expect big changes. Apple is keeping the A15 Bionic chipset. That may be shocking for some Apple fans that have been used to “yearly” upgrades in the performance department. The upgrade will come but is exclusive to the Pro variants. Apple states that there is a little increment in terms of performance, but only real life will tell us whether this is true or not. As we’ve said, due to this chipset, the iPhone 14 and 14 Plus may not be a great deal for those coming from the 13 series. 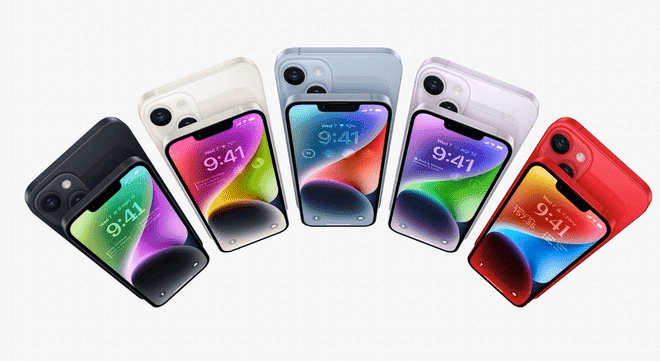 The new iPhones also get some upgrades in the camera department. There is a new 12 MP main camera with a bright f/1.5 aperture and sensor-based stabilization. According to the company, there is a 49% improvement in low-light image quality. Furthermore, the Night Mode is twice as fast now. There is also a new 12 MP TrueDepth camera with autofocus. The cameras also get a new Deep Fusion image processing. Thus enabling a better low light performance and color rendering. This technology stands for “Photonic Engine”. Furthermore, the video recording is also getting a new stabilization mode. It stands as “Action Mode” and uses the whole sensor for gimbal-esque stability.

As usual, Apple didn’t get into technical details but promised the iPhone 14 has all-day battery life. Of course, this is relative and depends on your usage. Anyway, the company states that the battery life is even better on the iPhone 14 Plus.

Apple is also introducing a revolutionary stallite emergency system. And it will be available with the iPhone 14 and iPhone 14 Plus. For now, the company will enable this service in the US and Canada. however, we expect more regions to get support in the coming months. With this system, you can send emergency messages and alerts even when your device has no cellular connectivity. This feature has been long speculated and is finally making its way to the iPhones. 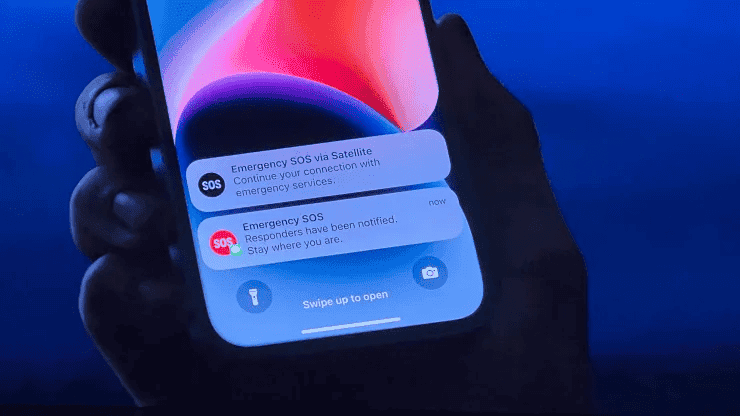 Worth noting, that the crash detection system is also coming to the iPhones. 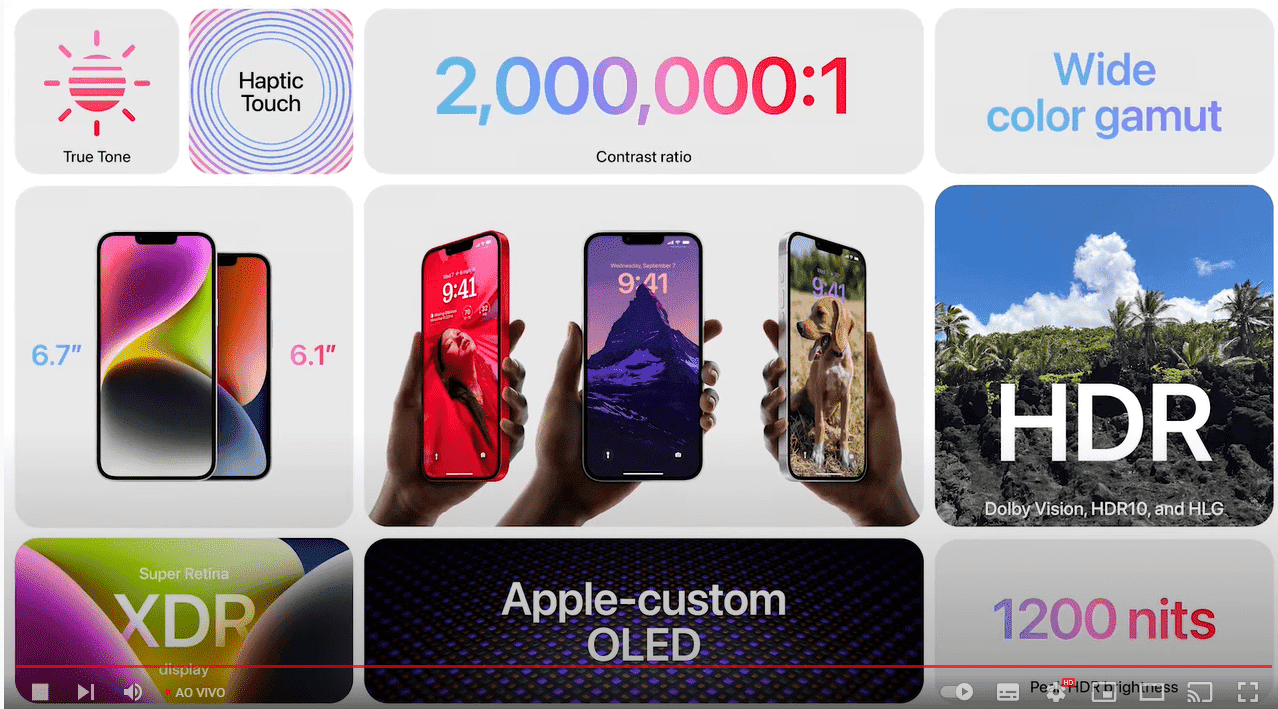 The iPhone 14 and 14 Plus may be confusing for some old-school Apple fans. However, we believe that these devices are Apple’s answer to these times of global inflation. The company had to cut some corners to keep these devices out of the “insanely expensive” spectrum. The most effective way was apparently to move them “below” and make them “incremental” upgrades rather than true “2022” flagships. This strategy can pay off, as it has been successful for some brands like Google. The true flagship spectrum will still be covered by the iPhone 14 Pro and iPhone 14 Pro Max.

Next U.S. labour groups and investors accuse Apple of "infidelity"