The Chinese smartphone makers are definitely conquering the world. Much to the US’ displeasure, there is no way to hold them from conquering the global customer. While the North American continent tries to difficult the life of some Chinese brands, the situation is different in Europe. Xiaomi, Vivo, Oppo, OnePlus, and Realme have been conquering the global audience in the past few years. Now, Vivo, one of the brands inside the group that holds Realme, Oppo, and OnePlus, got a very special opportunity. Vivo is the official smartphone maker for the Fifa World Cup 2022 in Qatar.

The FIFA World Cup 2022 will start in less than two months. The unusual timeline comes due to the weather and season conditions in Qatar. Therefore, for the first time in years, we’ll have a world cup that happens between November and December. Moving on, Vivo is already a popular name for World Cup fans. If you recall, Vivo was the partner for the Fifa World Cup 2018. Therefore, for the second World cup in a row, the legendary football association is partnering with the Chinese brand. We don’t know exactly which smartphone will be the “official” World Cup smartphone. However, there are some interesting candidates. 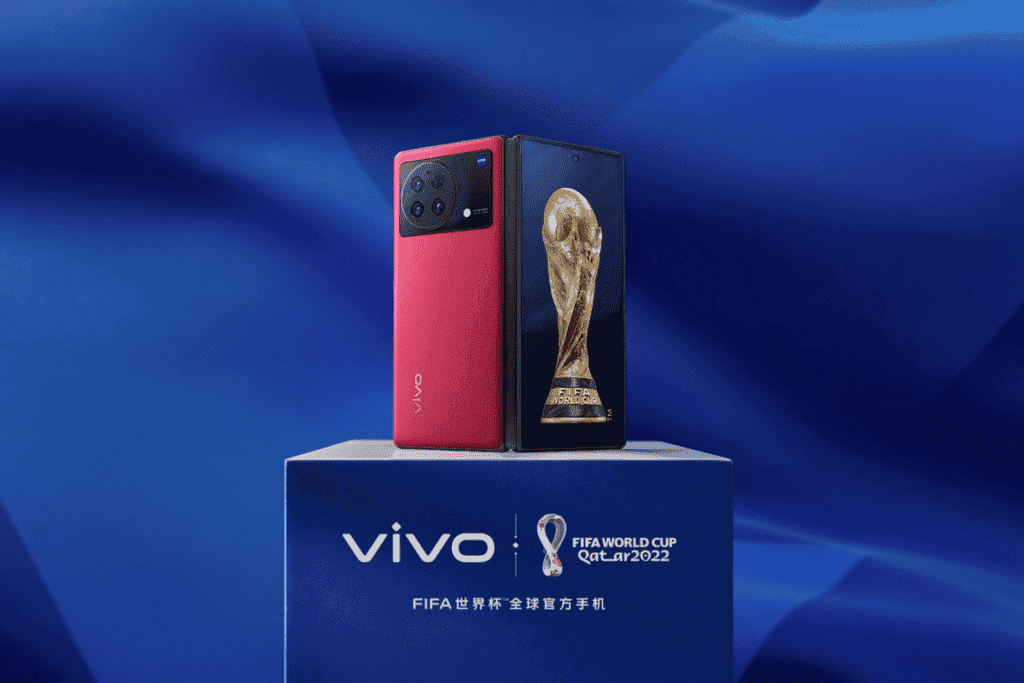 The partnership was announced yesterday during the Vivo X Fold+ launch. Coincidence or not, the date chosen by Vivo was also marked by FIFA’s 118th anniversary.

We may see the launch of a thematic smartphone ahead of the event. Perhaps, a new Vivo X Fold+, X80 series, or X Note featuring a special design. However, the focus is also on other aspects. We may see Vivo’s logo in major advertising spots such as panels on the sideline, backboard for interviews, and in other places. In return, the company will provide “industry-leading” flagships to FIFA World Cup staff. They will use the phones to complete preparations and “boost the succesful holding” of the tournament.

The company expects to reach the global audience

The partnership certainly will get more attention to Vivo. After all, this is a massive event, watched by several countries across the world. Many countries don’t even know the smartphone brand. Others will have one more way to recognize the Chinese brand. The company has been constantly expanding its presence. Since 2014, it reached more than 60 countries and regions. With the new partnership, it hopes to reach a global audience of 5 billion, including 400 million active Vivo users.

The company is preparing for the Vivo X90 series. However, we don’t think it will arrive in time for the FIFA World Cup.