After much speculation, and as expected, Intel has finally introduced the new 13th generation of its GPUs. The Intel Raptor Lake series brings three new CPU models with significant upgrades. According to the company, the Intel Raptor Lake series brings up to 15% better performance on Single-Thread and up to 41% better performance on multi-threaded. Is it enough to dethrone AMD in the desktop CPU market?

According to reports, under very specific conditions, this CPU can be overclocked to 8 GHz. 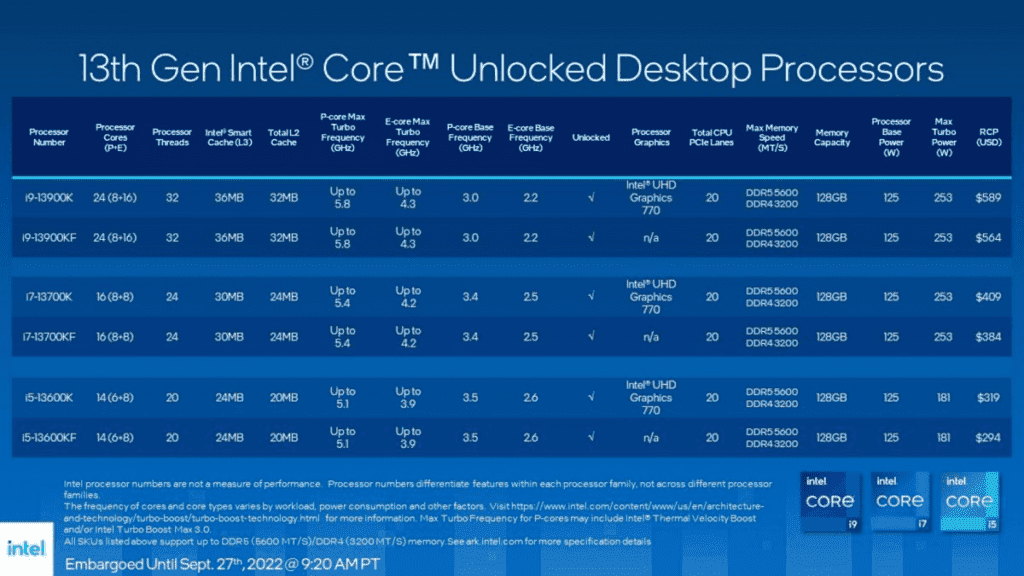 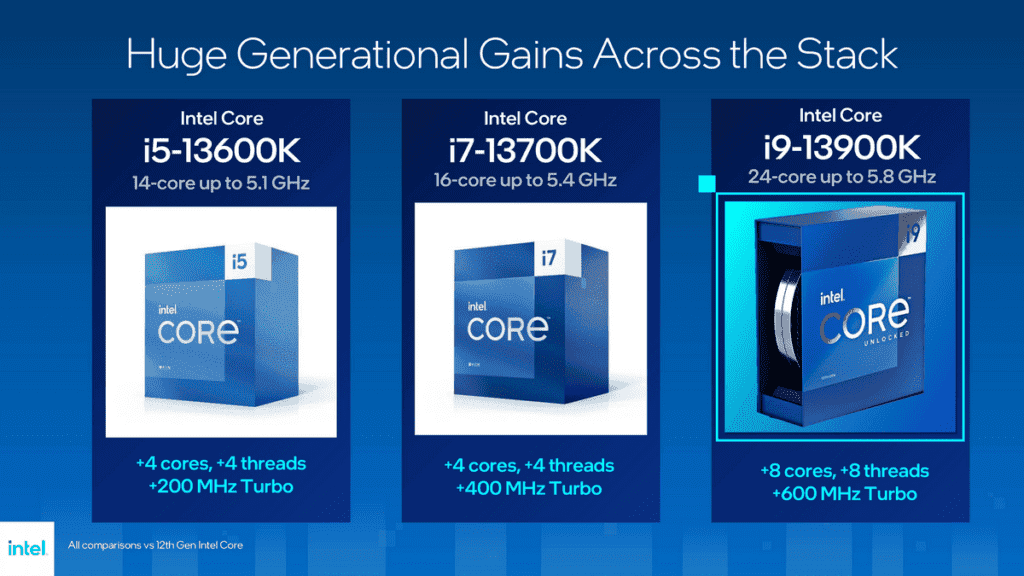 The six Intel Raptor Lake models feature 20 CPU PCIe lanes (up to 16 PCIe 5.0 + PCIe 4.0). They also support DDR5 5600 and DDR4 3200 memory. The models with integrated GPU will have the Intel UHD Graphics 770 handling the graphical tasks. Obviously, you can pair them with external graphics cards.

The 13th gen Intel Raptor Lake processors will work on the new Z790 chipset motherboards, and also with the previous 600-series motherboards. However, the new processors and motherboards will actually hit the market on October 20. So you’ll have to wait a little bit to get one of these. Also, as we’ve said, these above prices are the company’s recommended prices. The actual prices will vary by region and store.

The future is definitive with the Intel Core series. After all, the company is retiring its Pentium and Celeron brands. Therefore, time will tell if the Intel Raptor Lake series will bring something more entry-level-oriented.