AMD and its Ryzen series may be the favorite option for enthusiasts in the PC segment. However, Intel still lives and dominates a good part of the business, especially when it comes to laptops. AMD has just introduced the Ryzen 7000 series for Desktops, and Intel will soon introduce its Intel 13th Gen Raptor Lake CPUs. To be more precise, the US-based chipmaker will introduce its new CPUs in the next month. However, the first details have been revealed during the Intel Tech Tour in Israel. Apparently, the new generation is not coming to “play” with the competition and will break the world’s record with 8 GHz clock speed support.

According to the first details, the new Raptor Lake desktop processor will be 15% faster at single-threaded workloads. Furthermore, it will be up to 41% faster at multi-threaded workloads than the Alder Lake. Furthermore, it will have the first SKU to run at up to 6 GHz stock clock speed. According to the company, the chipset will break the world’s record with a peak 8 GHz clock speed. In fact, this is only possible for those using a liquid nitrogen cooling solution. However, it will still need extra 700 Mhz to reach the 8.7 GHz clock speed, which is the real world record. We assume that this is only achievable with the Intel Core i9 CPU. 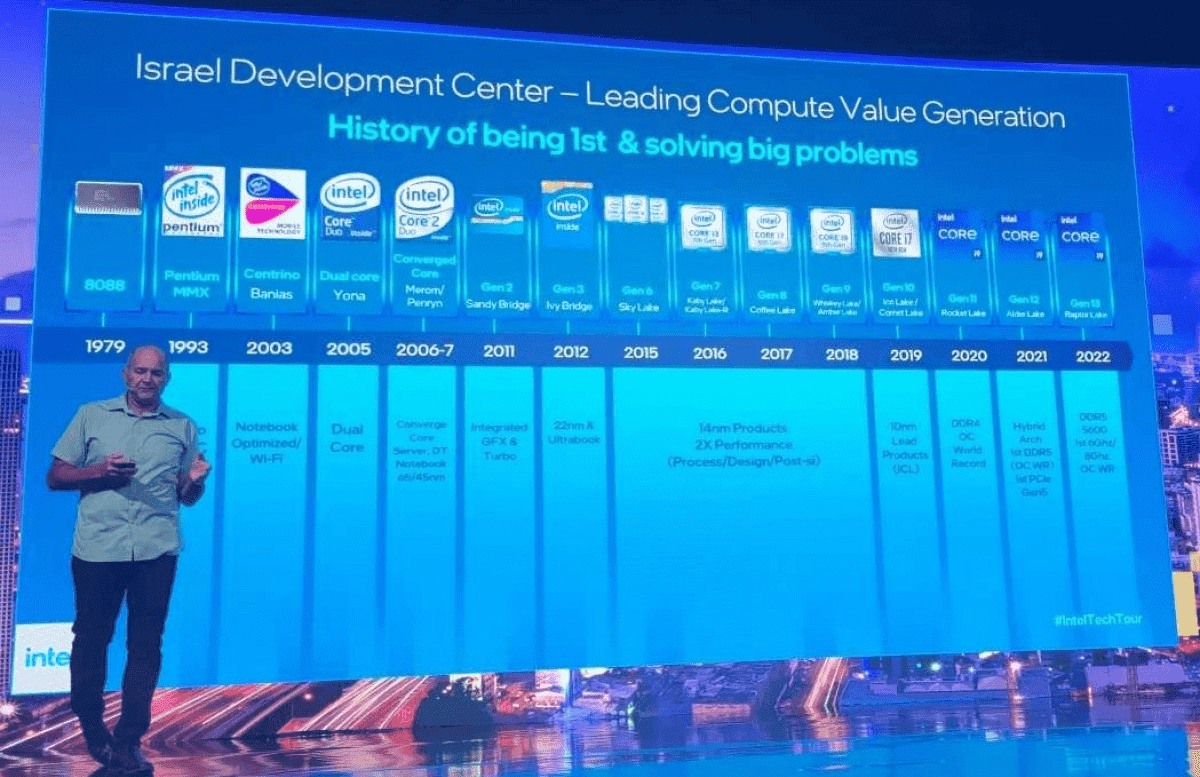 Anyway, Intel is certainly trying to build a marketing campaign over its impressive clock speed. Even the 6 GHz “standard” will be more than what AMD currently offers. The recently-released Ryzen 7000 series has a clock speed of 5.7 GHz at max. That probably will not trouble those who tend to prefer AMD and its Ryzen series. However, this will still allow Intel to mock its major competitor in the Desktop CPU market.

To those unaware, the Intel 13th Gen Raptor Lake will be revealed at the end of this month. However, they will “effectively launch” on October 20. The CPUs will run on Intel 7, which is a refreshment over Alder Lake but still uses the 10 nm process. Intel keeps revamping the old manufacturing process instead of adopting newer standards. The CPUs will bring up to 24 cores, 32 threads with up to8 performance cores, and up to 16 efficiency cores. The desktop series will consist of the Raptor Lake-S series with 65W-125W processors. The laptop series will stand with the Raptor-P moniker and 15W-45W. The support for PCIe 5.0 M.2 SSDs and dual-channel DDR5-5600 memory.

We expect more details to be revealed soon as the launch draws near.