After a long time of waiting, AMD has officially introduced the Ryzen 7000 series of CPUs for desktop computers. The new chipsets come with the new AM5 platform and the new Zen 4 architecture. According to AMD, they will introduce good gains in performance when compared to the Ryzen 5000 series. They’re also introducing cutting-edge technologies support such as DDR5 and PCIe Gen 5.

Talking about the new AM5 platform, it represents a major change for hardware enthusiasts. It brings two new motherboard chipsets, the X670 and B650. Each one comes with an Extreme variant with more connectivity features. The new AM5 standard means that you won’t be able to fit these new CPUs on older motherboards featuring the AM4 standards. 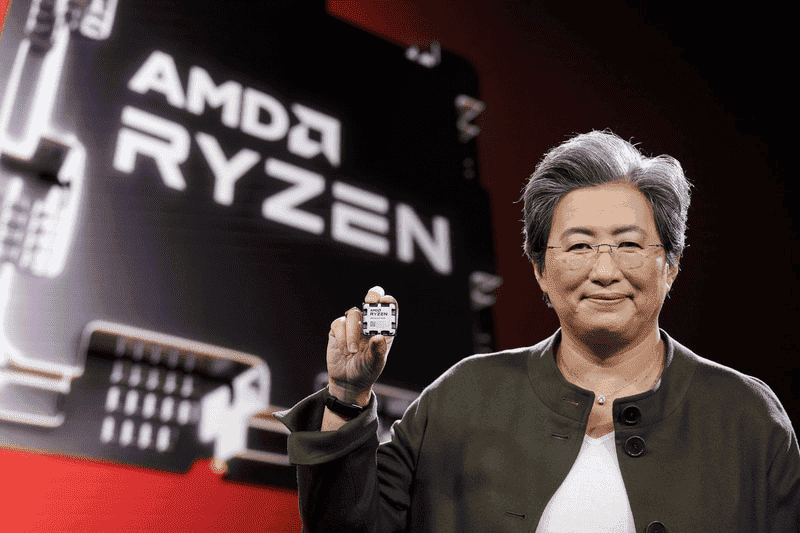 The new platform comes with a new socket design with a 1718-pin LGA socket. It can provide up to 230W of power to the CPU. Worth noting, that you won’t have major problems getting a good cooler or water cooler for your AM5 motherboard. Despite the new socket and IHS design, the platform supports current AM4 coolers.

The top model is the Ryzen 7950X which features a 16-core architecture, 32 threads, 4.2 GHz base clock with a boost speed of 5.7 GHz. It features 80 MB of total cache capacity and has a TDP of 170 W. The high-end processor has a $699 price tag. That’s a remarkable price tag since it’s $100 less than the launch price of the Ryzen 5950X. Perhaps, AMD is having some extra “room” now that the crisis in the CPU market is calming down. 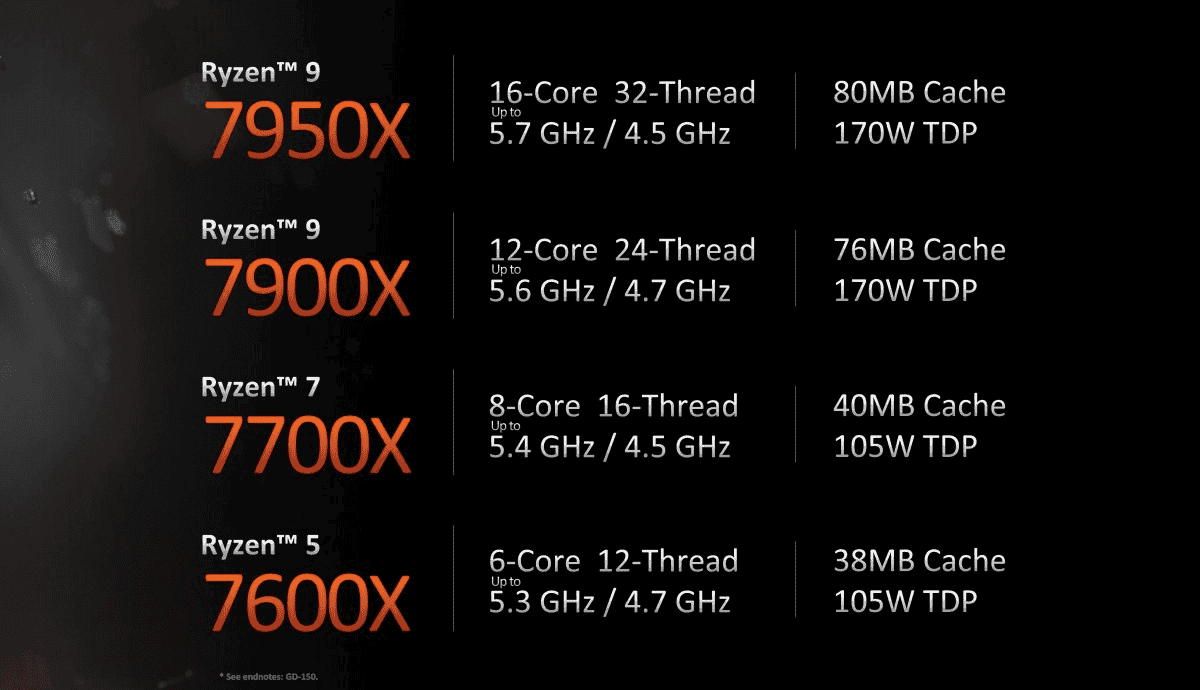 Interestingly, all these four processors come with integrated Radeon Graphics with 2 graphics cores. It supports 2200 MHz graphics frequency, and 400 MHz base frequency. Apparently, the new integrated GPU is an answer to the continuous shortage and price hikes in the GPU market. Now, users buying any of the Ryzen 7000 series CPUs won’t necessarily need to purchase a graphical card in the first moment.

None of the Ryzen 7000 CPUs will come with a bundled cooler, so make sure to get one. As we’ve told above, you can keep your AM4 coolers.

As said before, the new Ryzen 7000 series uses the Zen4 architecture. It uses TSMC’s latest 5 nm manufacturing process. It’s more efficient and brings some performance increases. The new CPUs will also work with DDR5 memory and PCI Express 5.0. Interestingly, there isn’t DDR4 support for the AM5 platform. So once you get a new Ryzen 7000 series, you’ll need a new AM5 motherboard, and new DDR5 RAM. Intel, on the other hand, is offering compatibility for DDR4 for a smoother transition. Anyway, it’s upon you to decide. According to AMD, the Ryzen 7000 CPUs can support memory speeds of up to DDR5 5200 MHz, however, higher speeds can be achieved with EXPO.

As GSMArena points out, while being cheaper, the Ryzen 7000 series will still mean a big investment. For instance, to use these new CPUs you’ll need a new AM5 motherboard, and also new DDR5 RAM. None of these components is cheap, not even DDR5 RAM after one year of availability. Moreover, the lack of a cooler in the box means less value for your money.

AMD wants to keep its road to success with the release of the Ryzen 7000 series. The company has also been catching a slice of the mobile market, and Samsung wants to ensure the RDNA GPUs will succeed in the smartphone scene.