When it comes to GPUs, Intel was never associated with the flagship market and was never a target for tech enthusiasts. However, this is about to change, now that the company is entering the segment. After years of sticking to integrated graphics solutions, the company is establishing the ARC series. The new Intel Arc A770 arrives as the company’s flagship desktop alternative for NVIDIA and AMD. Today, the company confirmed the availability and the pricing of its GPU.

According to reports, the Intel Arc A770 desktop GPU price will start at $329. The actual sales will begin by October 12. As you can see, this GPU has a decent price. So you might be wondering what it has in tow for this increasingly-competitive market.

Intel Arc A770 is the highest offering in the ARC series. So far, three ARC cards have been announced, the other two are the ARC A380 and A750. The A770 is based on the Arc 7 GPU. It features 32 Xe Cores and Ray Tracing units. Moreover, it comes in variants with 8 GB and 16 GB of VRAM. Interestingly, the flagship graphics card also brings XeSS. To those unaware, Intel’s AI-based image reconstruction and supersampling technique. You can think of this as Intel’s take on NVIDIA’s DLSS tech. 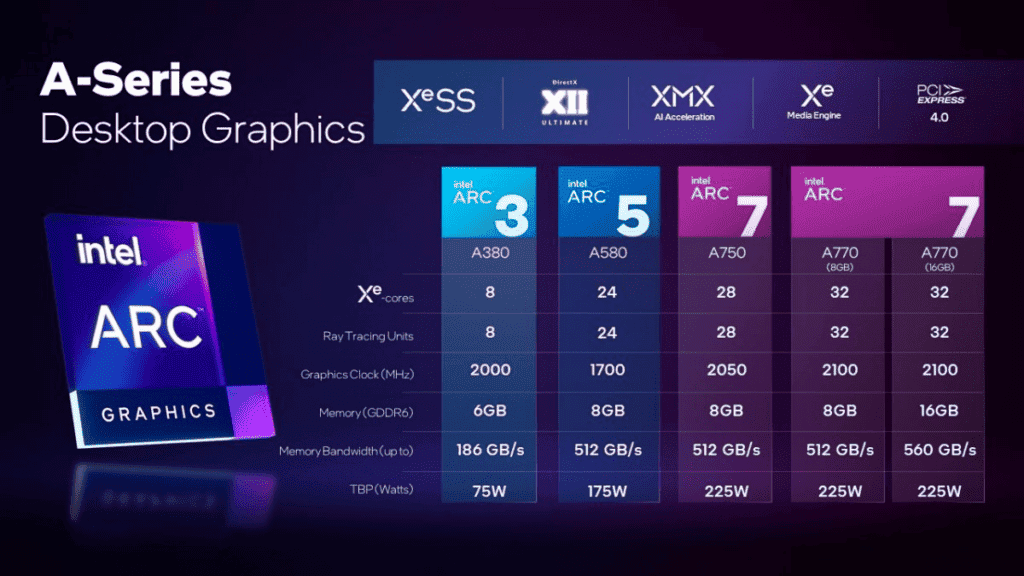 Worth noting that the starting price is only for the variant with the 8 GB model. Apparently, the Intel ARC A770 16 GB option is for the Limited Edition. Unfortunately, the pricing of this variant is not available. Anyway, we’ll assume it will be quite expensive. After all, anything with Limited on the name isn’t very open to the overall market. 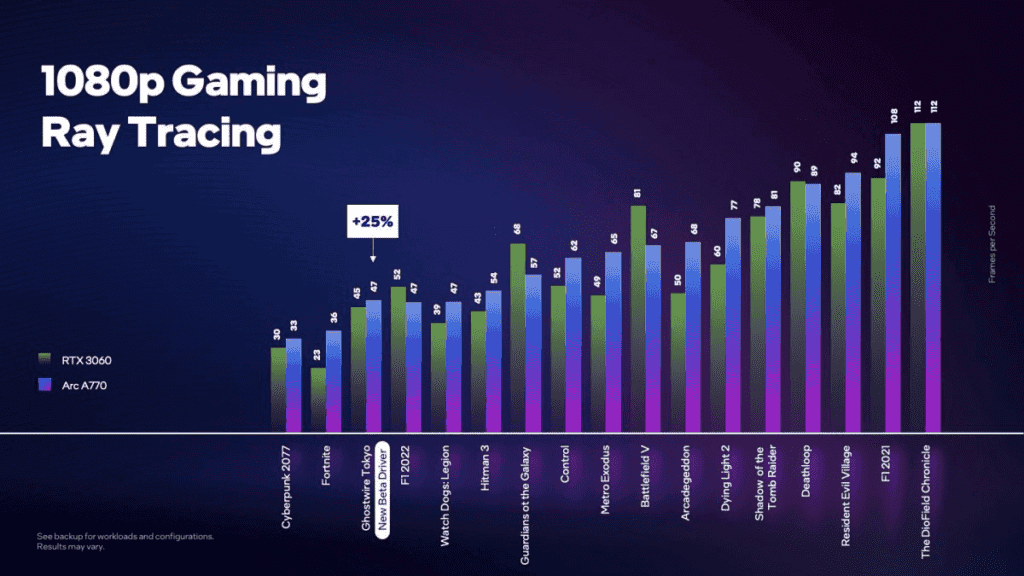 Worth noting that the ARC A770 costs the same in October 2022 as the Nvidia RTX 3060 did back in January 2021. When it comes to performance, Intel claims the GPU matches or slightly outperforms the RTX 3060 at 1080p in ray tracing games. As you can see, the Intel ARC A770 is an alternative for those who want a good GPU to run games with decent performance. However, it’s not comparable to the highest offerings in AMD’s and NVIDIA’s RTX family.

The Intel ARC A770 GPU is making its way to the media. So, we expect more details to come out once the technicals get their hands on it. In related news, the company also revealed its new Intel Raptor Lake CPUs.