Nothing launched its Nothing Phone (1) a few months ago, and we still don’t know if the device is successful or not. Anyway, the company needs to prove itself as a solid brand, and one of the ways is through software reliability. Nothing already promised three major Android updates, but in the meantime, it will roll out a bunch of patches to make the phone stable and reliable. Today, the company is rolling out a new Nothing OS 1.1.4 update for the handset. It brings camera and display improvements. 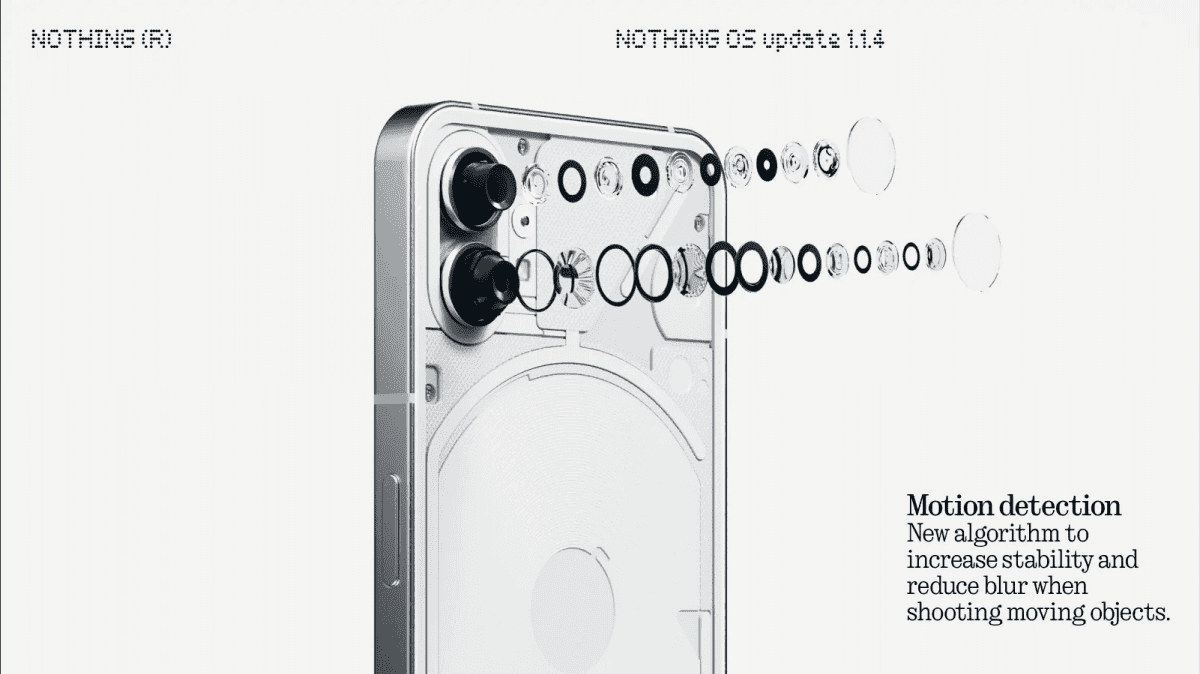 Nothing, when it comes to the camera, has improved color calibration. The tweaks involve ultrawide camera shots. Now, the shots captured with this camera will match the primary sensor. Therefore, you’ll have a consistent image capture no matter the sensor you’re using on your Nothing Phone (1).

The company is also adding a new motion detection algorithm. The goal is to improve stability and reduce blur. That will improve scenarios where you’re shooting moving objects. The Nothing Phone (1) update also brings other improvements to the camera. Check the changelog below for in-depth details:

The update also brings an auto brightness adjustment feature. The goal is to prevent overheating, and battery consumption. There are also optimization for the Always-On Display mode to improve the batter of the Nothing Phone (1).

The update is rolling in a gradual form for the Nothing Phone (1). However, you can try to force check the update heading to Settings > System Update menu.

Next Redmi Pad specs and design have been revealed