Nothing Technology Limited is finally out with their first ever smartphone dubbed Nothing Phone (1). This smartphone device is the talk of town lately. Every tech enthusiast is talking about this phone, I mean the name ‘Nothing’ is everywhere. News channels, blog sites, YouTube videos, social media and many more.

You may ask yourself what is it with this phone? What is so special about it? As a matter of fact the company itself is a new company, so what is all the hype about their first smartphone? What does the phone do that any other phone cannot do? All of these petty questions come down to the main question. Is it worth the hype?

Gizchina has followed the nothing phone (1) closely. What we did mostly was to gather comments from YouTube reviews, blog sites, social media as well as comments from our own readers and followers. Because it is a whole new product on the market, most of the comments are questions. And these questions are the reason for this article. 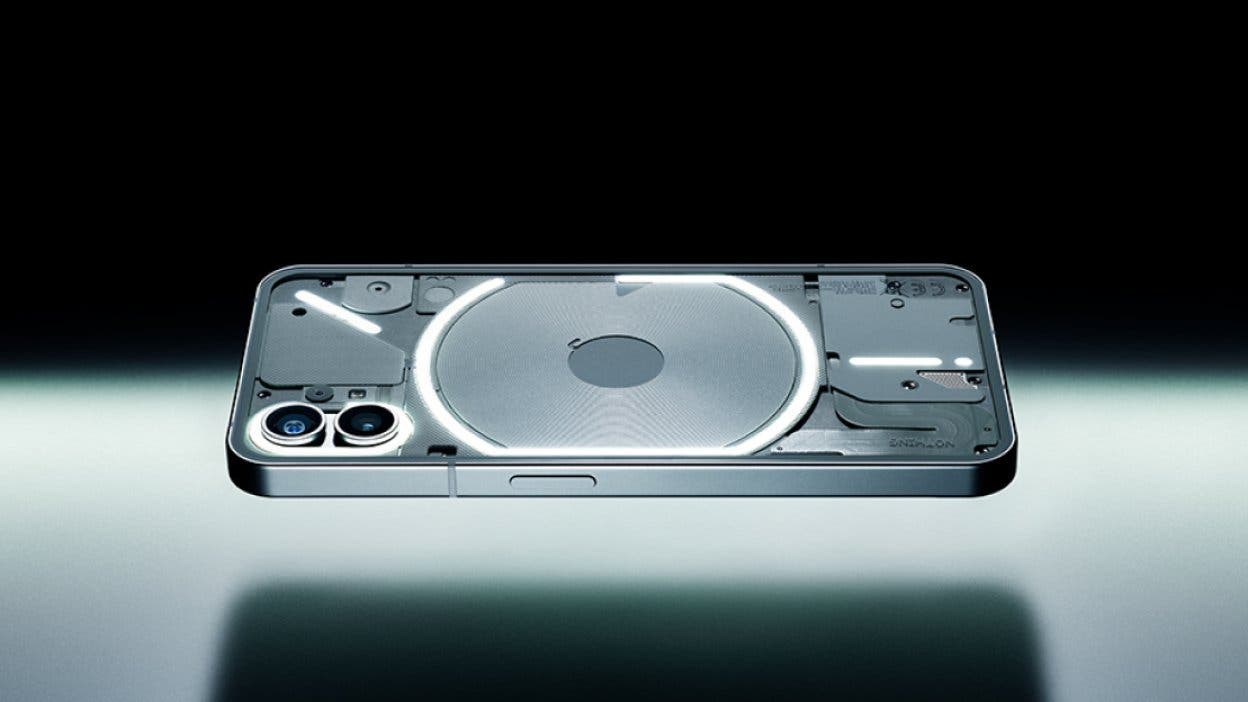 In the year 2020, a co-founder 0f OnePlus(1+) called Carl Pei resigned from OnePlus and started his own company called ‘Nothing‘. A year after starting the company, they launched their first ever product dubbed Nothing ear(1) wireless earphone. This device obtained a lot of hype amongst tech freaks but that hype is ‘nothing’ compared to what the Nothing Phone (1) is getting in the year 2022. Technically, the genesis of this hype could be due to the fact that Carl Pei happens to be the co-founder of OnePlus. Everyone wanted to see what he was going to introduce into the industry considering the height they took the OnePlus brand.

Apart from the fact that Carl Pei is a co-founder of OnePlus, you just can’t take away the hype from the design perspective as well. The Nothing Phone (1) is the most uniquely designed smartphone out there. At a first glance, it looks like a customized iPhone 13 Pro Max. Viewing from the front side, it looks kind of familiar to a phone you may have seen before. But viewing from the rear side is when you see something you have never seen. The transparent back glass actually displays almost all the internal components of the device. The back panel also houses 900 LED lights that light up rhythmically when there is a notification or phone call. Sounds like something cool right?  They look cool though and I guess that is what most of the hype is all about.

Is That Really The Case

The truth is that, the cool looking glass back panel and the LED notification lights or whatever else cool features that you get from the rear side of the device won’t really matter anymore after using the device for some few weeks. This is where the real question steps in. Is the Nothing Phone (1) really worth the hype? The best way to answer this is to take a closer look at the most important part of any phone. We will lay down the spec sheet one after the other and see where it stands against similar phones within the same price range. We are going to do the comparison with two other smartphones with similar specs and prices. In this comparison, we will go with the Google Pixel 6a and the Motorola Moto Edge 30. These two devices seem to be the closest rivals to the Nothing Phone (1) even though there may be other great midrange phones such as the Samsung A53 and OnePlus Nord 2T.

Read Also:  Honor Set To Make A Remarkable Comeback In The Philippines

What Are The Specs Of The Nothing Phone (1)

First of all, we will talk about the build quality of the Nothing Phone (1). Holding this phone with your eyes closed feels like you are actually holding the iPhone 13 Pro Max. Yes, the build quality is that much high. While most midrange smart phone are built with plastic frames, the Nothing Phone (1) is built on aluminum frame which makes the device stronger and gives it a premium feel. Meanwhile, the Moto Edge 30 comes with a plastic frame which makes the phone feel cheap. The back of the Nothing Phone (1) also comes fitted with Gorilla Glass 5. Meanwhile, both competing rivals (Google Pixel 6a and the Moto Edge 3p) come with plastic back covers.

On the rear side of the device, we have dual camera lenses. Both lenses are 50MP each. The main camera is a 50mp wide angle lens and the other one is also 50MP ultrawide angle lens. This helps produce high quality images whether with the main lens or with the wide angle lens.

Talk of the display, the Nothing phone (1) comes fitted with 6.5-inch AMOLED Display running  at a refresh rate of 120Hz. Only the Moto Edge 30 beats this with a 144Hz refresh rate. The Pixel 6a is not even close in this category as it only has a 60Hz refresh rate.

Other Specs Of The Nothing Phone (1)

This device actually works like a premium device. The only thing that prevents us from calling it a flagship device is the Snapdragon 778+ chipset that powers this device. Even with this midrange processor it still rocks a 5G connectivity and also produces premium sound with the stereo speakers built into it. Nothing Technology Limited also promises 3 years of system update and 4 years of security updates. What more would you ask from a midrange phone? This smartphone doesn’t seem to leave anything behind.

My little issue with the Nothing Phone though is the fact that it does not have an ip68 water resistant. It rather has Ip53 splash resistant which lags behind the ip68. It is also quite Slippery to hold, which means you must have a good phone case for it. The issue we have here is that, most people love this device because of the transparent back and the LED lights behind it. Why then will one buy this and still keep it in a case just to hide the coolest part of the phone.

If you ask me, I think the Nothing Phone (1) actually deserves all the hype it is gaining. Because apart from the cool transparent back glass and the LED notification lights behind it, it parks a lot of top notch specs that should surely give a you premium performing smartphone.

Previous Apple wants to end passwords and here's how