Realme nowadays has a presence in every smartphone segment. From the most low-end to the highest-end with the Realme GT series. However, there are some devices that will always remember us of the brand’s former identity as a cost-effective brand. The Realme numbered series helped to put the former Oppo sub-brand on the radar. For that reason, it’s still alive after multiple generations. Moreover, the Realme numbered phones can compete with the Redmi Note series in many markets that are important for Xiaomi. That said, Realme is preparing the ground for the Realme 10 series.

Earlier this year, Realme unveiled the Realme 9 family. Now, the company is preparing a successor for the original Realme 9. The Realme 10 is already going through important certification processes. For instance, it was passed by the Bureau of Indian Standards (BIS), IECEE, Indonesia Telecom, and NBTC. Now, in the latest development, Realme 10 has gained FCC approval. So it’s pretty much ready for a full-fledged global release. 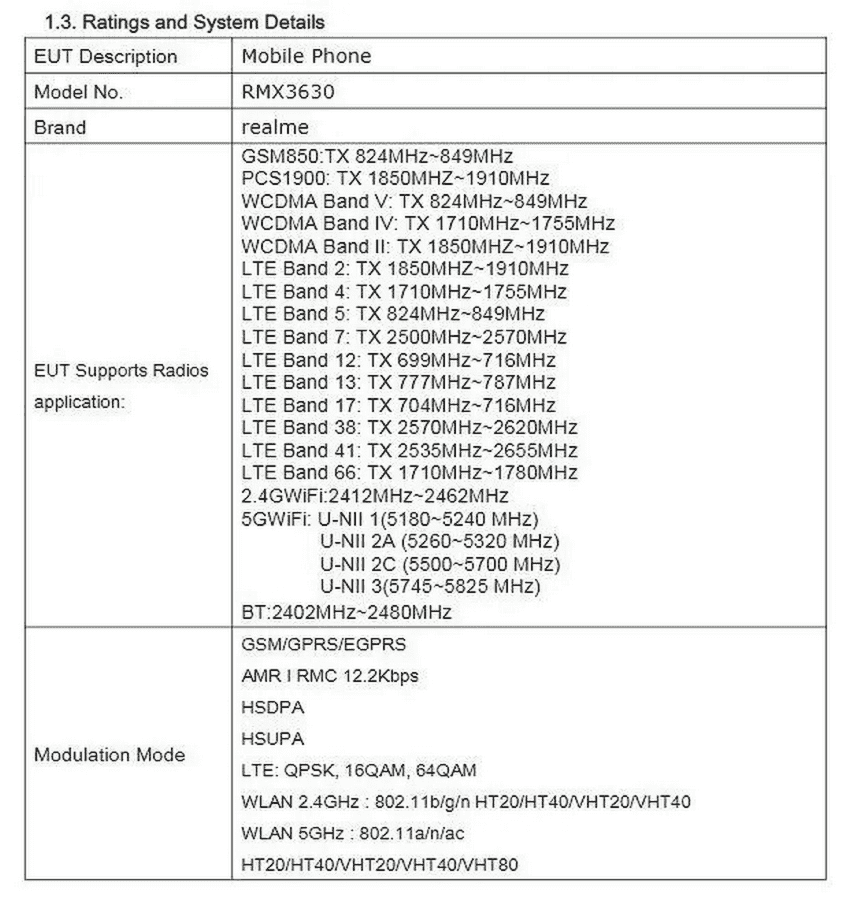 The Realme 10 was certified on FCC with a huge 5,000 mAh battery and 33W fast charging. These are trademark features on budget Realme devices. The device carries the RMX3630 model number and falls in line with previous leaks. Besides the 5,000 mAh battery, the listing also confirms dual-band Wi-Fi 5 support. Moreover, it’s a 4G LTE smartphone, which also means it’s a low-end smartphone.

The charging info also comes from the listing. The Realme 10 was certified with the VCB3HDUH charger on the FCC website. Therefore, it’s expected to support 33W fast charging. Moreover, the listing confirms it with Realme UI 3.0 which means Android 12. Last but not least, the FCC listing includes some schematics. We can spot a dual-camera setup with a LED flash on the back. Apparently, the phone will bring two individual circles instead of a “island” camera design. 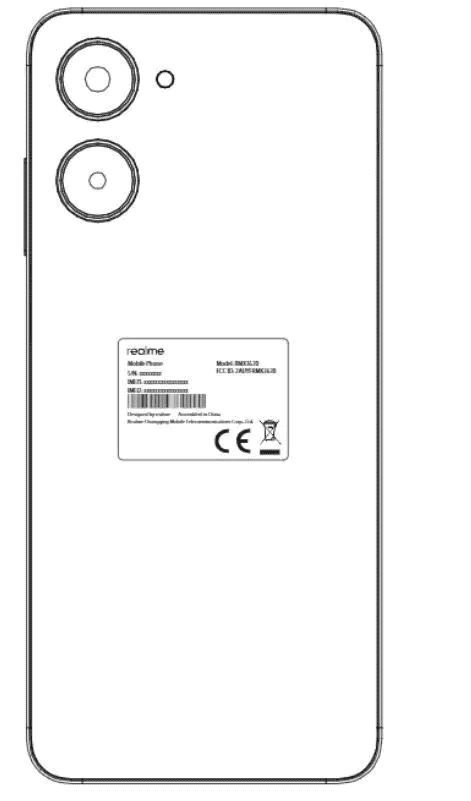 According to Geekbench, the Realme 10 will pack the MediaTek Helio G99 SoC and a Mali-G57 GPU. Moreover, the phone will have an 8 GB RAM variant. Anyway, we expect this one to be the highest offering. The device may also bring variants with 4 GB and 6 GB of RAM. As for storage, we expect 64 GB and 128 GB variants.

For now, official details are still missing. But we expect Realme to start a promo campaign pretty soon. The Realme 10 may launch in key markets such as India, Indonesia, Europe, and Malaysia. It may launch in China as well. However, most of the listings are suggesting a global launch first.

Next Oppo A77s passes by Geekbench with Sapdragon 680