With only a few days until its official introduction, the Pixel Watch has just been unboxed in advance, as is customary with Google‘s products, giving consumers the chance to examine the watch from every angle.

The Pixel Watch will now be the device to have its box completely opened a few days before its official release. While the Pixel 7 and 7 Pro were previously the topic of a full unpacking a few weeks ago. At case you forgot, earlier this year, a prototype of the watch was left in a restaurant, so this isn’t exactly the first time we’ve been given a look at it.

Google’s first smartwatch has already been in the hands of a Reddit member. And he hasn’t been hesitating about sharing pictures of it on the social media platform. The user would not have been able to purchase the watch in advance this time. But, he would work in a warehouse that had the watch in stock before it reaches the store. 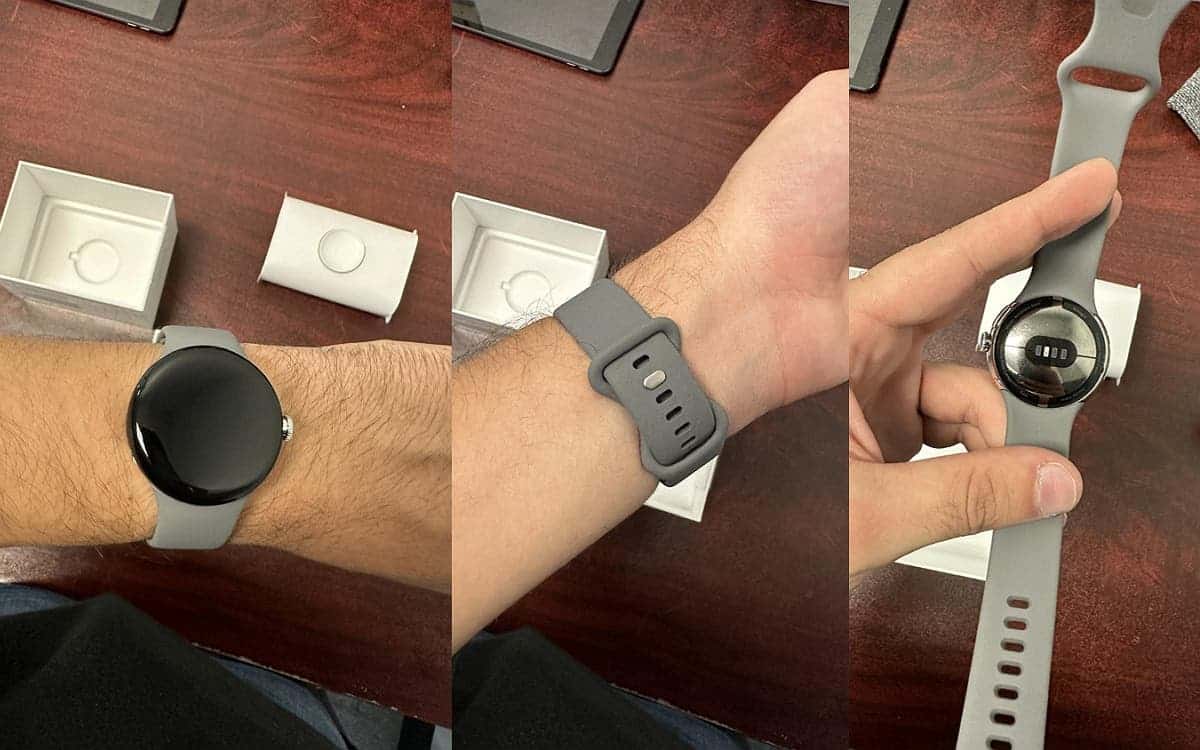 Opening the box reveals the band and the Pixel Watch. Google is presumably only using the existing magnetic connection to hold the Pixel Watch in place since it looks to link to the USB-C magnetic charging cable with the wire held slightly below. Additionally, the watch should only have 24-hour battery life.

The many inscriptions on the box are also visible in other pictures. According to the writing, this is the silver version with the charcoal bracelet. We also find that users need Android 8.0 smartphone or newer for compatibility with Wear OS 3.5 operating system. Additionally, the watch features built-in GPS and supports LTE, Wi-Fi, and Bluetooth connections. It also contains an NFC chip for payments.

The Internet user used the chance to place the watch on his wrist as well. Unfortunately, it was unable to turn it on. However, we would like to remind you that the Pixel Watch’s design is highly divisive. The screen has far thicker borders than most of its rivals. And it is also running a CPU that is more than 4 years old.

Next A hacker has managed to jailbreak the PlayStation 5