While using an electric vehicle is not always simple, some connected cars excel at this task. Which formula is most effective at traveling hundreds of kilometers quickly? Is a large battery required, or is it preferable to have a car that charges extremely quickly?

Going back to the conceptual distinctions between a huge battery and a lightning-fast recharge, we’ll try to analyze the situation. We’ll see that even though long trips cost more. Some electric cars with smaller batteries enable you to arrive at your destination more quickly.

Finally, we’ll discuss creative approaches for reducing travel times when they go beyond the vehicle’s actual range, like swapping batteries. Without further ado, let’s examine the advantages and disadvantages of an electric car with a large battery.

A LARGE BATTERY DOES NOT ALWAYS MEAN LONG AUTONOMY 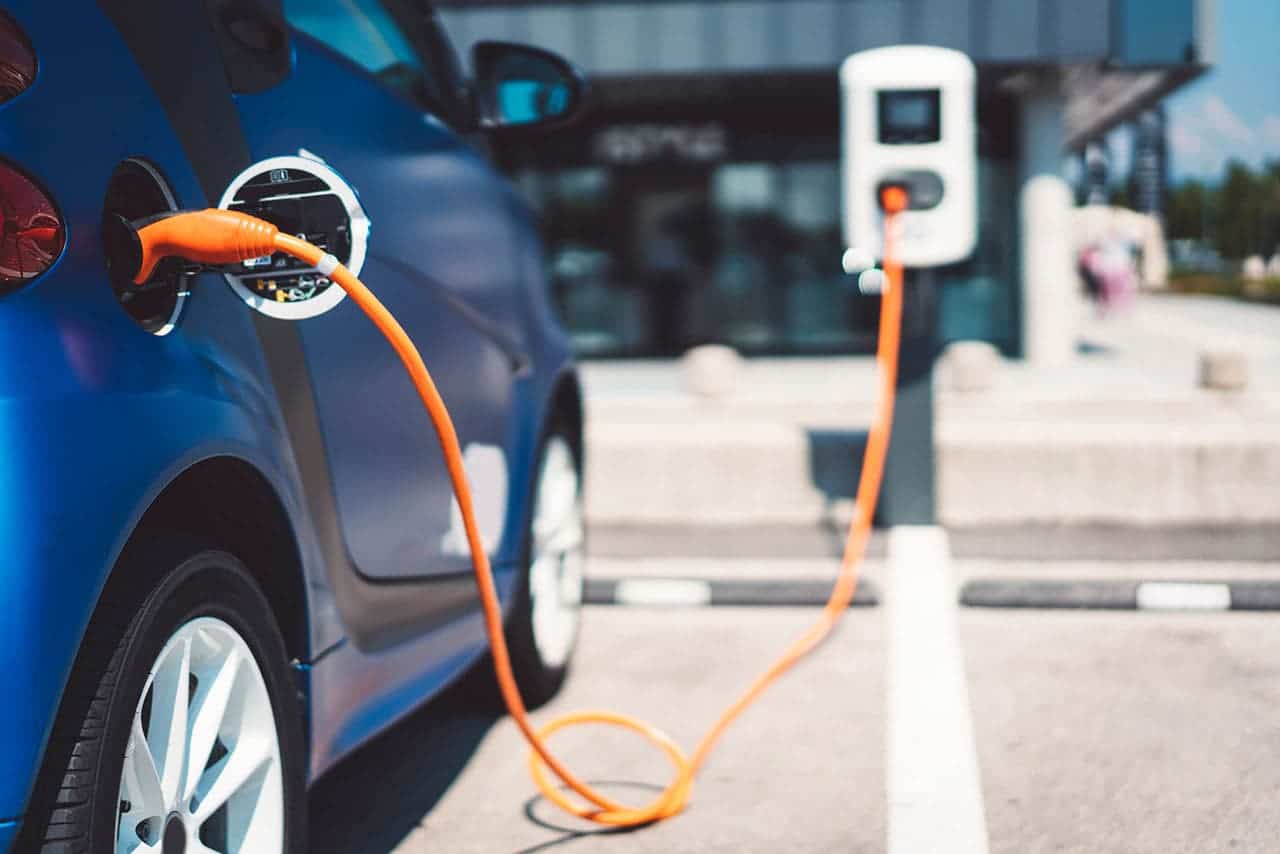 We may naively believe that increasing an electric vehicle’s battery size (measured in kWh) will suffice to increase the vehicle’s autonomy. This is so that electric cars can travel farther because the battery stores the energy needed to power them. The bigger battery’s worst enemy is weight, though.

Due to the current energy density, medium-sized vehicles can be fitted with batteries that are roughly 70 to 80 kWh in size, as seen on the Tesla Model 3, Hyundai Ioniq 5, or even the MG ZS EV, while still weighing between 1,700 and 2,200 kilograms. The capacity of these battery packs, which weigh around 450 kilograms, cannot be significantly increased. Without resulting in heavier vehicles and higher consumption.

As demonstrated by the examples of electric pick-up trucks carrying a huge battery. But not having a significantly longer range than smaller vehicles. A vehicle weighing more than 3 tonnes with a 210 kWh battery. For example, would not allow it to travel 800 kilometers without stopping.

This is the case with the Hummer EV. Which has a battery capacity of 212.7 kWh and a range of 530 km on the American EPA cycle. Or about 600 km in European WLTP. Due to its more moderate consumption, the Tesla Model 3 and its smaller 80 kWh battery offers a similar autonomy. So, carrying a battery pack with a larger capacity isn’t always the best way. To get to your far destination as quickly as possible. 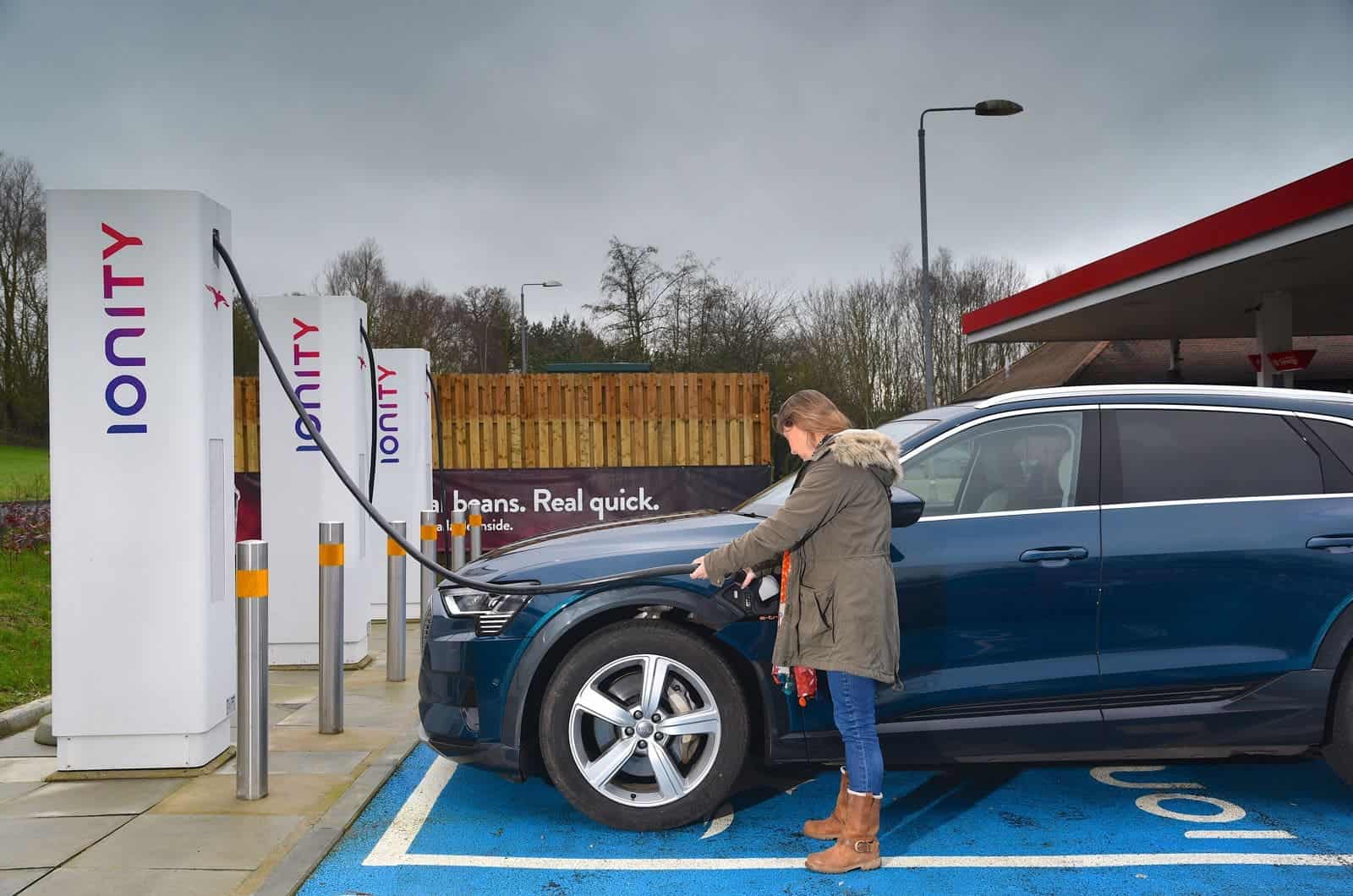 When a vehicle needs to be recharged after traveling several hundred kilometers, the recharging speed is obviously taken into consideration. But efficiency is also a significant consideration. This is why, despite having a 60 kWh battery, the Tesla Model 3 Propulsion stands out. It’s a vehicle that is considered to be the best at fast charging.

We can find the best of both worlds in terms of efficiency and battery capacity currently in the Mercedes EQS. Which has no 100% electric rival so far. Traveling 1,000 kilometers in an electric car is never faster than with the German sedan. But you will have to accept its expensive price.

The Kia EV6 is the vehicle that is best able to complete long journeys as quickly as possible when charging at a fast rate as well. In fact, compared to the Mercedes EQS, it is able to recover 70% of its battery in 18 minutes. Only if there are any fast charging stations along your route. The upcoming Hyundai Ioniq 6 ought to perform admirably. With a chance of taking first place for its speed on lengthy trips.

We will see that it is however possible to save money on long trips. When you take advantage of a larger battery.

PAY HIGHER WHEN BUYING THE ELECTRIC VEHICLE AND SAVE LATER 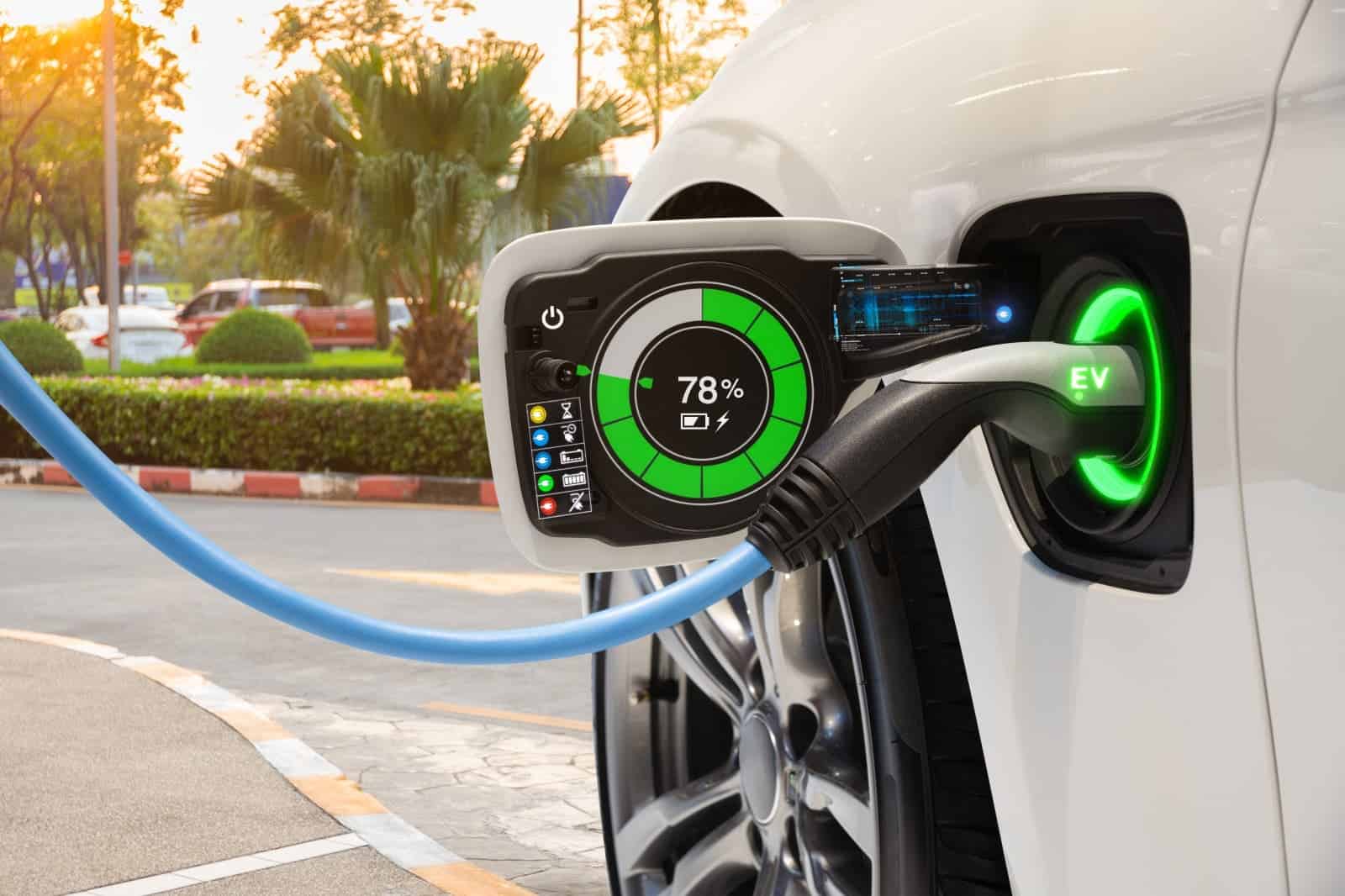 There are cars with large batteries that have a lot of interest. Whether for daily driving without a lot of recharging or for long trips. Being able to travel hundreds of kilometers in one go can be very cost-effective. Given the rising cost of fast charging. When purchasing a vehicle, you should consider these in the cost savings. Which can amount to about 70  dollars for a 500-kilometer trip. This will give you an idea of the overall cost.

Due to the increased weight, daily consumption will be higher in a vehicle with a larger battery. However, if you charge at home at night, where kWh is less expensive than road charging operators. This higher consumption will be financially insignificant.

However, don’t let that fool you. The $17,000 gap between, say, a Tesla Model Y Performance and a Propulsion won’t be filled until after hundreds of thousands of miles on busy highways. Financially and over the long haul, the less expensive models continue to be more appealing. Even if it means paying a little bit more during the few annual trips that go beyond the vehicle’s range.

Although it appears that future fast charging will be even more expensive than it is now. Vehicles that allow you to arrive safely without stopping to recharge are becoming more and more appealing. 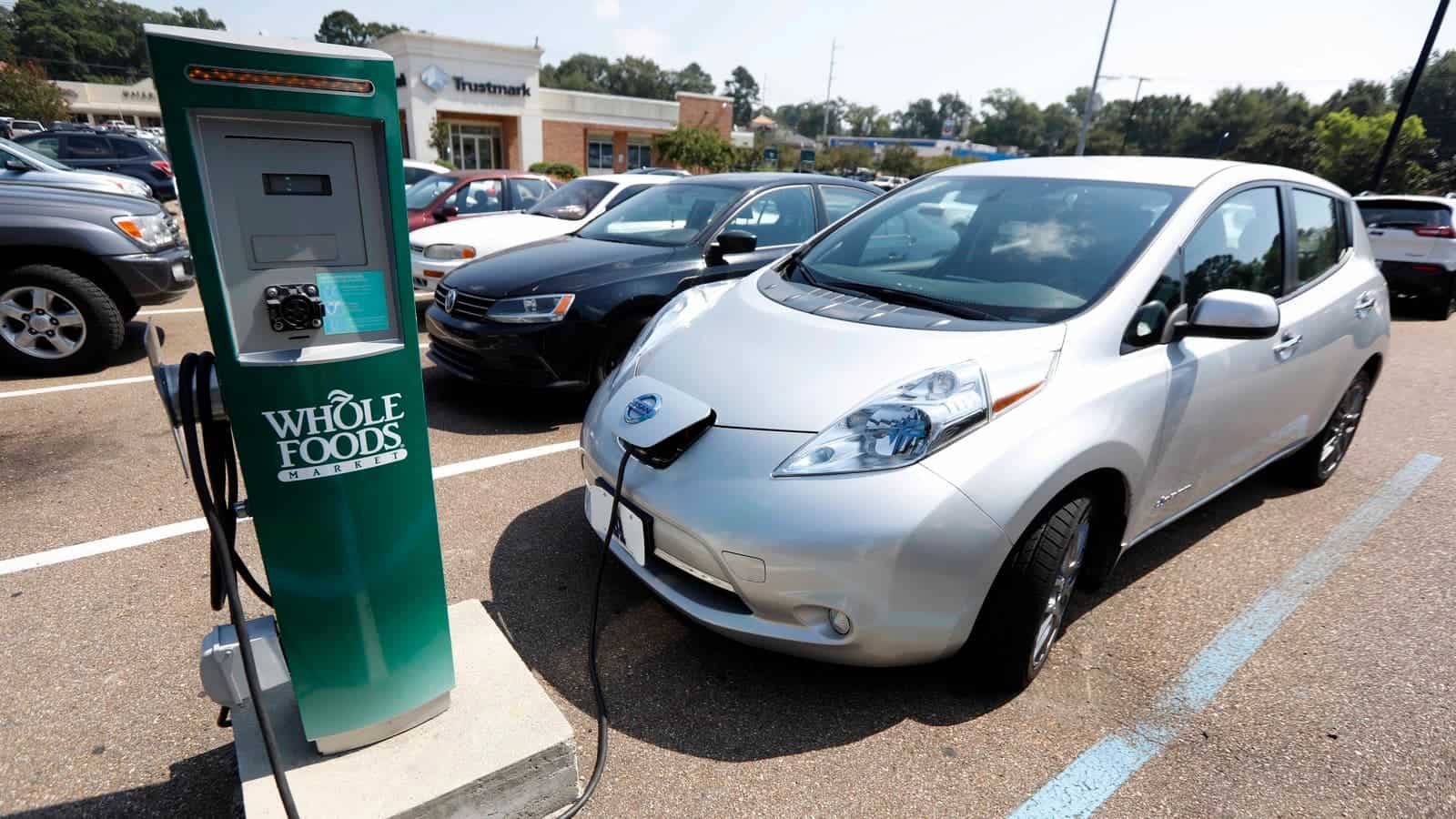 Battery swapping is a straightforward idea that originated in China and has had some success there. It enables you to return to 100% in a short amount of time. This calls for using a vehicle built for the task. Such as the Nio ET7 or ET5 or upcoming MG group electric vehicles.

Actually, a quick charge will take anywhere between 18 and 30 minutes to reach only 80% charge. While a battery swap only takes about five minutes to see its freshly attached battery at 90% charge. Therefore, the maneuver’s speed is its primary advantage.

While fast charging is becoming more expensive, switching batteries is not always less expensive. Manufacturers who offer battery exchange currently only do so with the requirement that the customer rents the vehicle’s battery. Which costs about $1,500 a year (price for the Nio ES8).

We will determine the popularity of this battery exchange service outside of China in the future.

So, as we’ve seen, an electric vehicle with a larger battery has a lot of benefits. Theoretically, the displayed autonomy is greater. But in reality, if consumption is higher due to the heavier weight, you won’t get to your destination any quicker. Smaller batteries have the advantage of allowing for more affordable pricing. And the extra expense incurred during long journeys is still negligible.

Since new manufacturers have entered the market and the availability of fast charging stations has increased significantly. The issue of charging while traveling has become obsolete. The decision to select an electric vehicle with a smaller battery has significance in terms of reducing the carbon footprint. From production to use, it is more environmentally friendly than a larger battery.

Next Google mocks Apple for being a follower of smartphone innovation