As of October 7, all four models of the iPhone 14 series have been launched, and users who have previously pre-order it have already got the new models. However, it seems that the previous iPhone 13 models have raised in prices.

This year, the Pro version has a very good reputation, but the standard version is somewhat unsatisfactory because of the old screen and chip, and even the Plus version has poor sales records when it was available.

It is worth noting that, according to the latest market research report of CounterPoint Research, after the launch of the iPhone 14 series, the price of refurbished/used products of the iPhone 13 series has increased by an average of 11%, especially the demand for the old Pro models is very strong.

This is not surprising when the standard version was “self-cut” by Apple this year. The appearance of the iPhone 14 and iPhone 14 Plus is exactly the same as the previous generation, and the Smart Island has not been in use. In terms of performance, it is the first time in history that there is no replacement. No boost in performance this year. 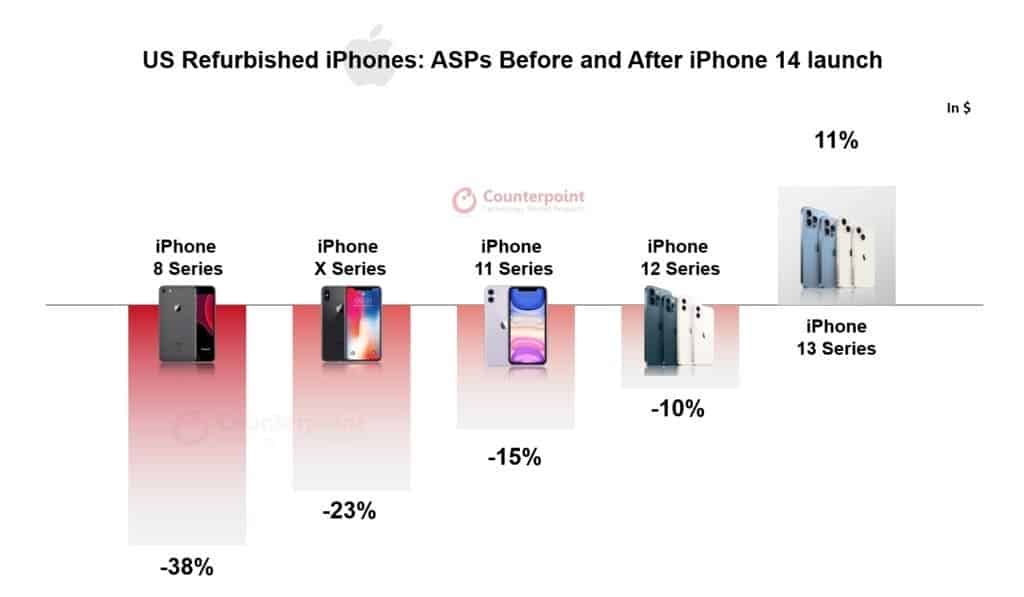 The two major upgraded functions, satellite communication and car accident detection, are of little significance to most ordinary users. But the price has risen. Except for the entry-level version, the prices of other versions have increased.

The Japanese publication Nikkei took apart the iPhone 14 Pro Max smartphone and calculated the cost of its components. Which rose to a record level, exceeding the cost of the iPhone 13 Pro Max components by about 20%.

Previous Here are the top-selling electric cars in Australia

iPhone 14 prices increased in all but these countries