It looks like the upcoming iQOO Neo 7 smartphone has passed through the Geekbench website ahead of launch. iQOO is prepping to launch a new smartphone dubbed Neo 7 in China. The Neo 7 series smartphone will succeed last year’s Neo 6. 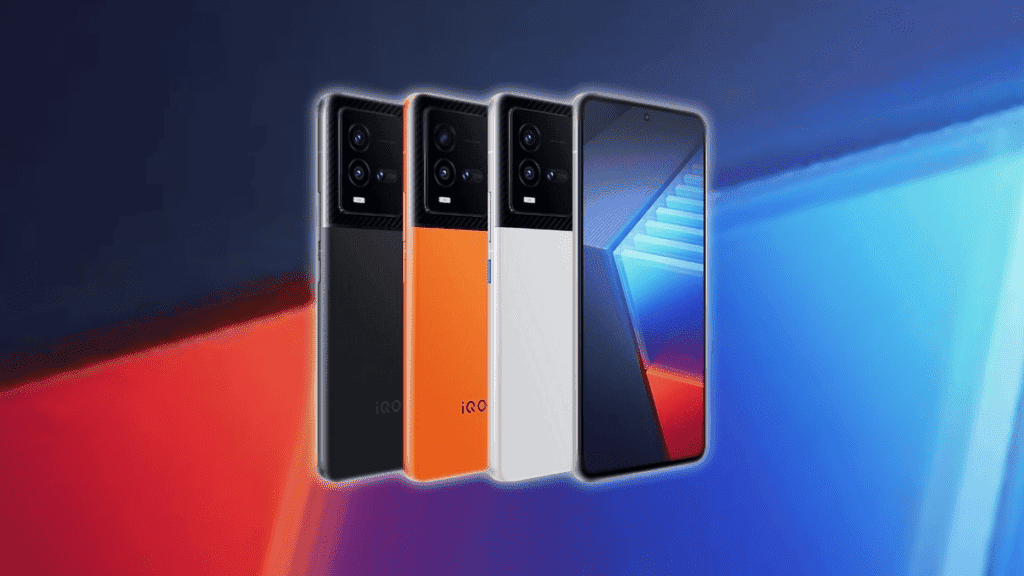 In the meantime, the Neo 7 has made multiple appearances online in the form of leaks. For instance, official-looking iQOO Neo 7 smartphone’s live images surfaced online last week. Moreover, details about the handset’s charging speed were recently revealed on the 3C certification website. 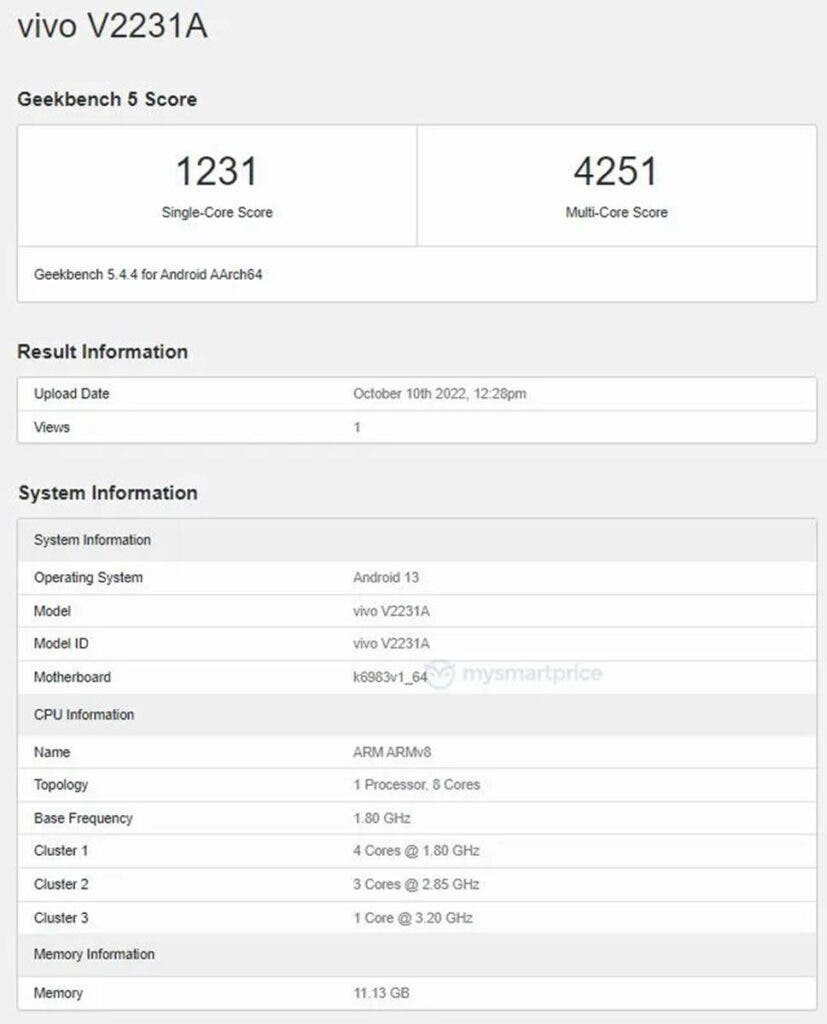 Now, a possible iQOO Neo 7 has appeared on the Geekbench platform before going official in the next couple of weeks. The handset was originally spotted by Nashville Chatter carrying model number Vivo V2231A. Moreover, the Geekbench listing has divulged key details about the Neo 7 smartphone’s RAM, SoC, OS, and more.

The possible iQOO Neo 7 smartphone has arrived on the Geekbench website with a MediaTek Dimensity 9000+ SoC. Also, the device packs a Mali G710 GPU under the hood. According to the Geekbench listing, it will ship with 12GB of RAM and boot the latest Android 13 OS.

Furthermore, the Neo 7 acquired 1231 and 4251 points in Geekbench’s single-core and multi-core tests. To recap, MediaTek unveiled the Dimensity 9000+ in June. The chip uses a 4nm process and has one Cortex-X2 core clocking at 3.2GHz. Also, it has three high-performance Cortex-A710 cores. Lastly, the SoC features four Cortex-A510 efficiency cores. 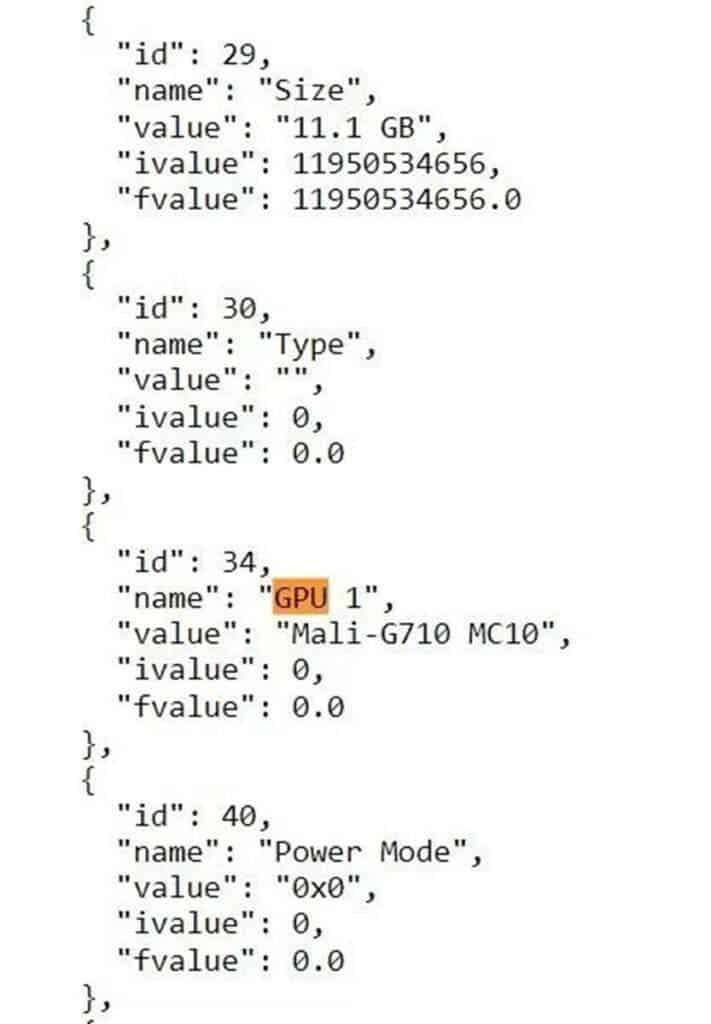 The processor integrates a competent Mali-G710 GPU for graphics. Notably, the Neo 7 could be the first iQOO smartphone to run Android 13 OS out of the box. Aside from this, the phone could use a 5,000mAh battery with 120W fast charging support. Also, the Neo 7 will reportedly sport a 6.78-inch E5 AMOLED display with a 120Hz refresh rate. 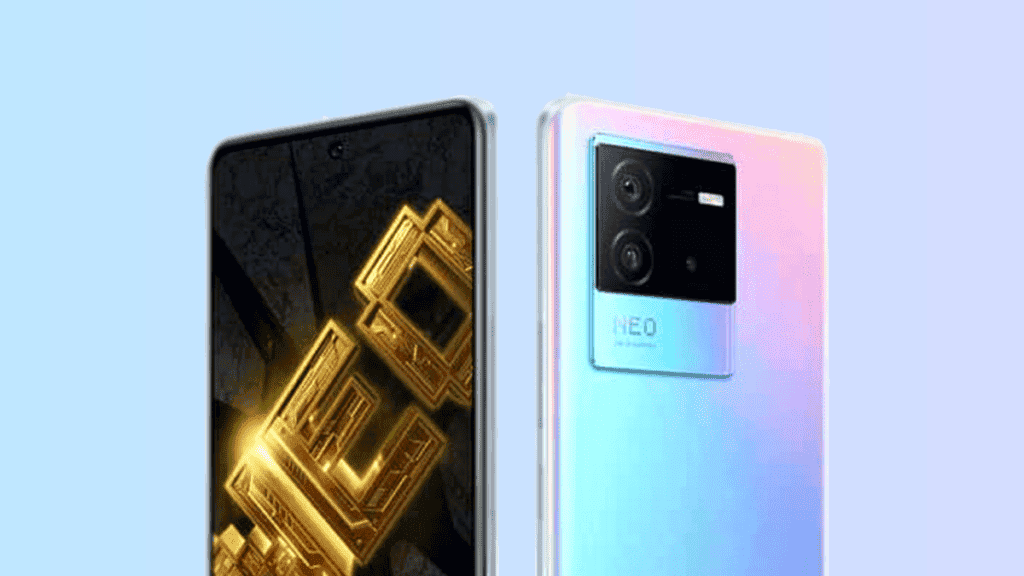 For optics, the iQOO Neo 7 will probably get a triple rear camera setup. This might include a 50MP main sensor and a 13MP ultrawide camera. Also, a 12MP portrait-telephoto camera could be in the offing. Some reports suggest the iQOO Neo 7 will launch in China either on October 20 or October 21.

Previous The portless iPhone is coming! The iPhone 15 series will have USB C