The Realme 10 Pro+ 5G moniker has been confirmed as the upcoming smartphone passes through the NBTC website. Realme is reportedly prepping to launch new smartphones under its 10 series. Amid the lack of an official confirmation, the Realme 10 has already bagged FCC approval. 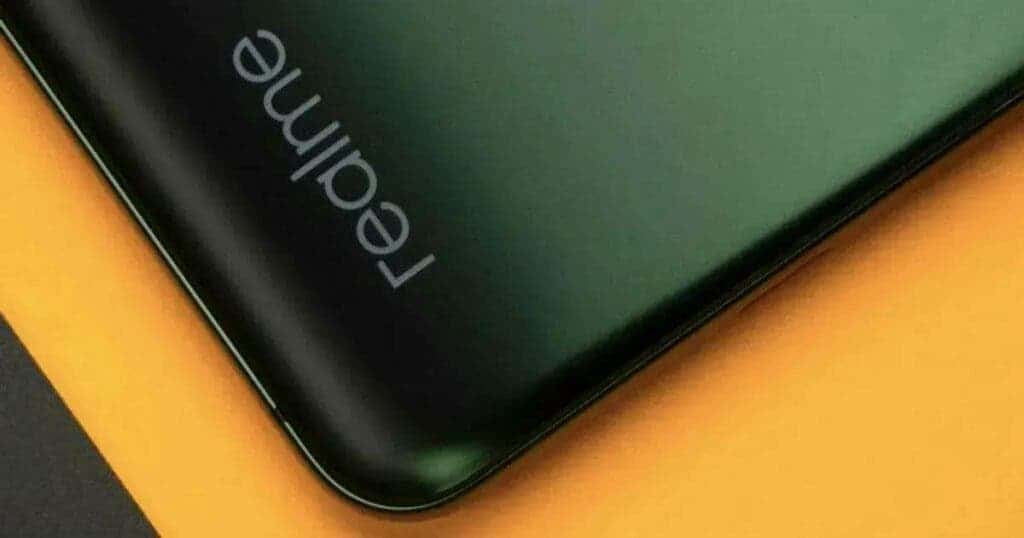 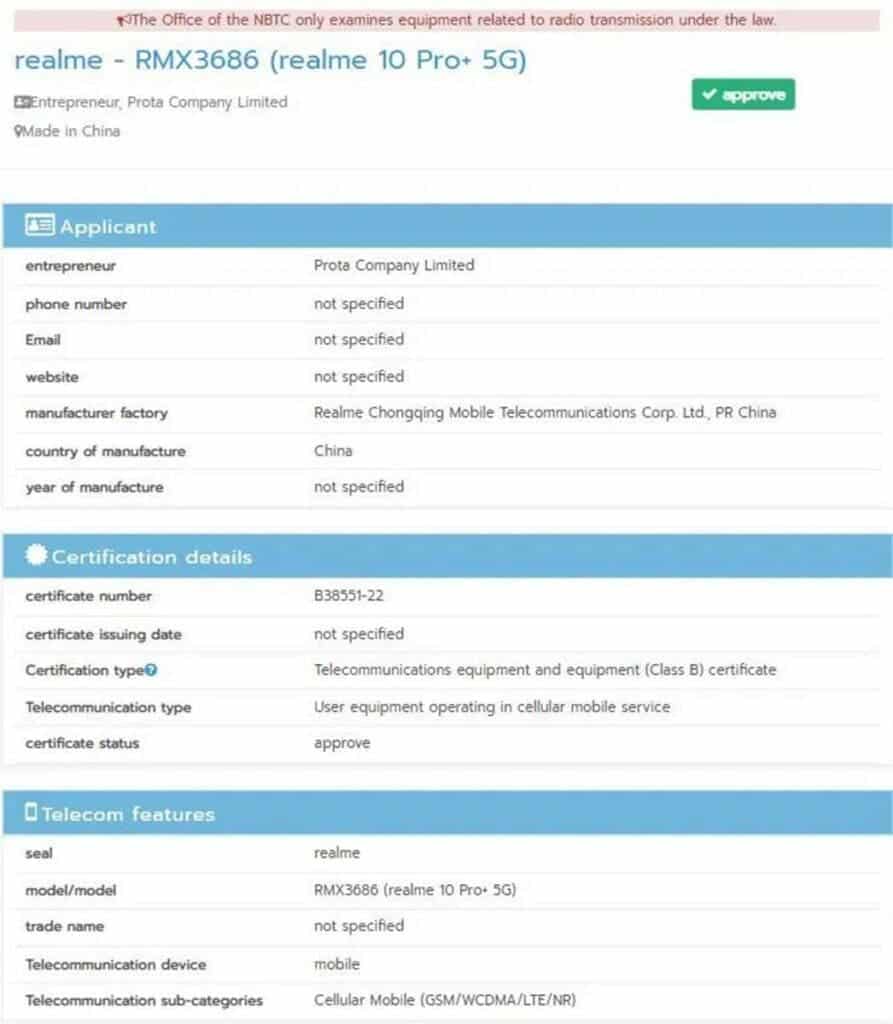 Moreover, the Realme smartphone has appeared on Indonesia Telecom and EEC. Aside from this, the device appeared on the NBTC and TKDN websites as well. Now, the Realme RMX3686 will carry the Realme 10 Pro+ 5G moniker, as per the NBTC certification listing.

Since the device has already passed through several certification websites, its launch could be right around the corner. Notably, it has received the Bureau of Indian Standards certification. So, the Realme 10 Pro+ could be heading to the Indian market soon. 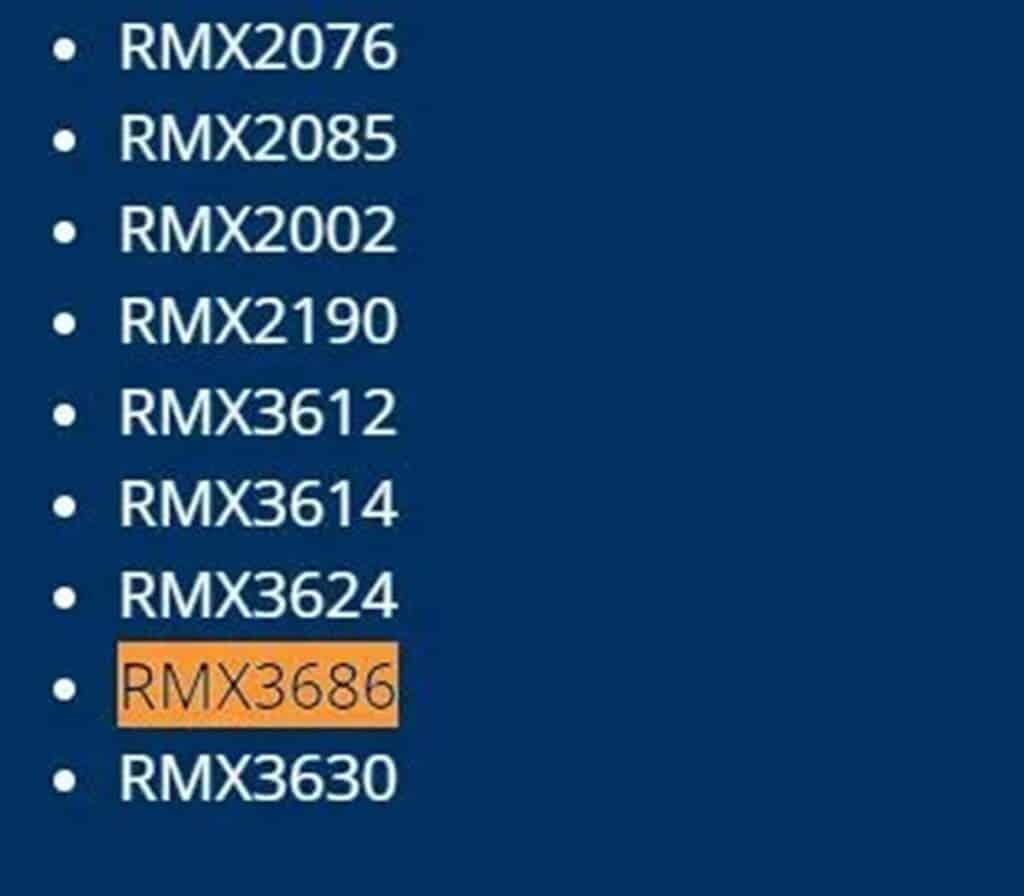 Regrettably, the certification listings do not divulge key specifications or designs of the smartphone. Realme VP Madhav Sheth recently confirmed that the company would launch Dimensity 1080-backed devices this year. Although he remained mum on the timeframe for the launch, GSM Arena suggests more details are likely to surface online soon. 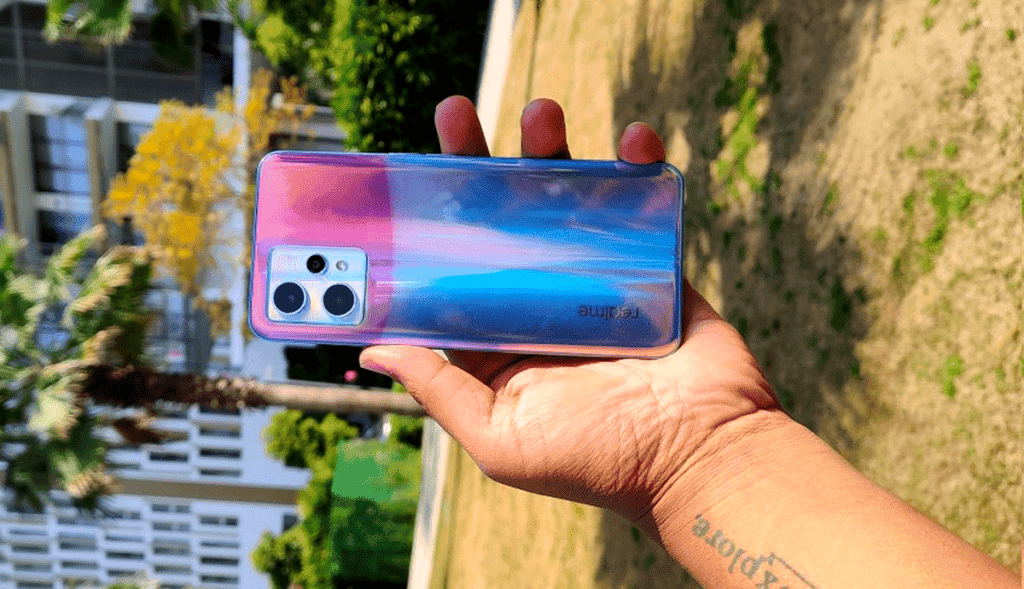 So, it is safe to assume the Realme 10 Pro+ will offer major improvements over the Realme 9 Pro+. The Realme 9 Pro+ sports an AMOLED display with Full HD+ resolution and a 90Hz refresh rate. Moreover, the screen supports 1000nits peak brightness. For optics, the Realme 9 Pro+ houses three cameras on the back including a 50MP Sony IMX766 sensor. Lastly, a 4500mAh battery powers up the entire system. This cell supports 60W fast charging.