iQOO is gearing up to introduce a new cost-effective flagship under its Neo series. The iQOO Neo 7 series come to replace the iQOO Neo 6 that emerged earlier this year. The new device, as usual, will bring compelling specifications. For example, it will pack the MediaTek Dimensity 9000+ – which is the Taiwanese firm’s latest offering for the flagship market. Today, a new set of details were revealed.

The company already confirmed a couple of details of the upcoming device. Like the flagship processor, for example. Now, the company is confirming more details to keep the hype alive. The company confirms through Weibo, that the iQOO Neo 7 will pack a 6.78-inch Samsung E5 AMOLED screen with a 120 Hz refresh rate. Moreover, the company brings back its Pro+ display chip technology. The goal is to ensure smarter power consumption. Moreover, the independent chip will handle the refresh rate and leave the GPU free to handle games.

In terms of optics, the iQOO Neo 7 packs a 50 MP Sony IMX766V main camera. It will also have an ultrawide snapper and a lesser macro shooter. The rumors say that there will be a punch-hole camera in the middle of the display comprising a 16 MP snapper.

The iQOO Neo 7 will also bring a huge 5,000 mAh battery. The icing on the cake is a 120W fast-charging support. Apparently, more and more brands are finally getting able to offer huge batteries with fast charging. 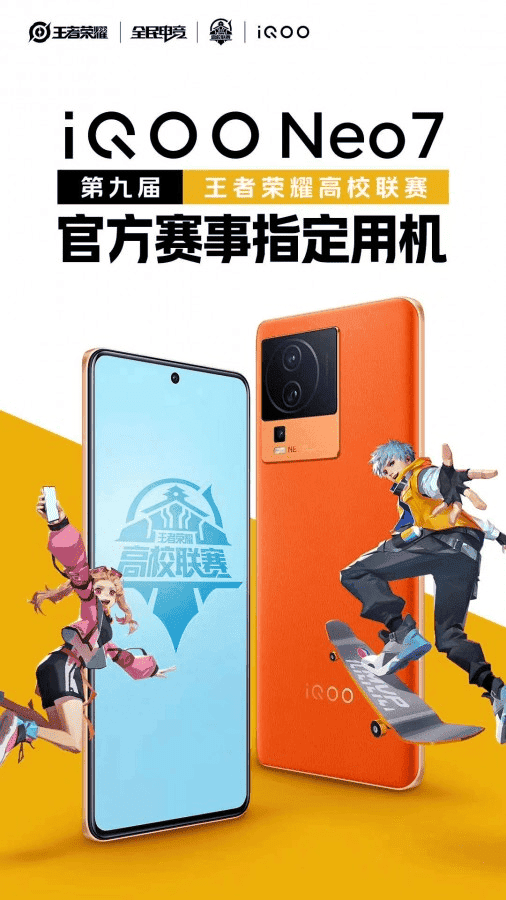 The new cost-effective flagship with a focus on gaming will land on October 20. However, the initial launch is for the Chinese market. Anyway, we expect the device to reach other markets pretty soon. Hopefully, it will keep the Dimensity 9000+ and allow global customers to experience this rare processor.

iQOO Neo 7 SE battery and charging speed have been confirmed