Samsung is a top smartphone brand and is innovative in different aspects. If there is any aspect that the company is not so keen on developing, it should be the battery and fast charging area. Samsung has had a couple of bad experiences with batteries and fast charging capacity. Thus, the company is not so keen on developing this area. Arun Maini, a YouTuber identified an issue that appears to be specific to Samsung smartphones. According to him, he has over 600 smartphones in his collection. However, he noticed that the Samsung Galaxy Note 8 has a battery bulge. This bulge eventually causes the smartphone screen to crack. Interestingly, this battery bulge issue is not specific to the Galaxy Note 8. He also discovered that the Samsung Galaxy S6 and Galaxy S10 batteries were also bulging. When Arun Maini tweeted the news, some commenters said their Samsung phone batteries were also bulging. Subsequent Maini released a related video on YouTube. After the video was released, more people said they found the same thing. This isn’t the first time Samsung has encountered battery-related issues. Of course, we know of the infamous Samsung Galaxy Note 7 battery fire incident. The company had to recall the smartphone at a great cost. At the moment, Maini has identified eight smartphones with the issue. All these devices are Samsung smartphones. While that means only 1% of his total phone collection is affected, it is a concern for many Samsung smartphone users. As the phone gets older, there is a small chance that the battery will bulge.

Maini puts all his phones on a stand, holding them in place with special 3D-printed clips. These clips keep the smartphones standing upright. He doesn’t have a thermometer in his room, but Maini estimates the temperature is generally around 22 degrees Celsius. However, he doesn’t think the temperature has anything to do with the battery bulging.

Arthur Shi, a senior technical writer at iFixit, said in an interview that swelling occurs when the electrolyte material (usually a liquid) in a battery starts to break down. This liquid then eventually turns into a gas and causes battery bulging. With lithium-ion batteries, if they are discharged to almost no charge, they can damage the battery, he said. 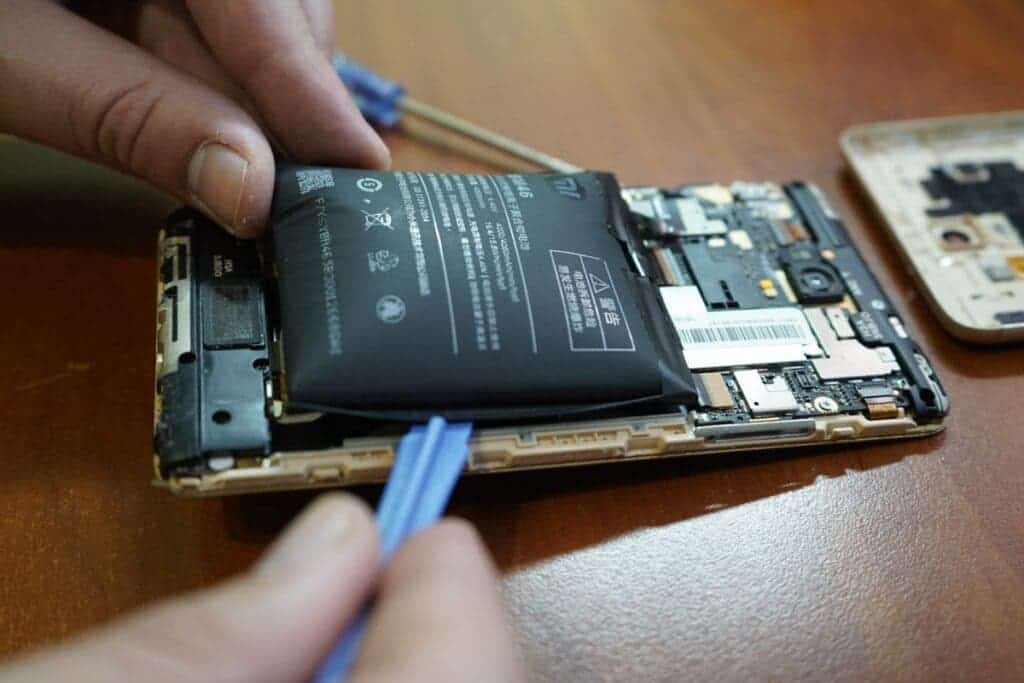 Arthur Shi said that iFixit also has a lot of phones with battery bulging issues. He claims that Samsung and even Apple phones experience the battery bulging issue. However, why this seems to happen more with Samsung smartphones needs research. According to Shi, iPhone batteries tend to be less bulging, and older iPhones have significantly smaller batteries than Samsung batteries. “Capacity is also a factor in how much the battery swells,” he said.

The problem could also be caused by manufacturing defects, said Kelsey Hatzell. Kelsey is an assistant professor of mechanical and aerospace engineering at Princeton University. “When there is a metal part that is in contact with the material inside the battery and any kind of metal residue is transferred into the battery during the manufacturing process, that’s what causes most or a significant number of battery failures,” she said in an interview. I would expect it to be something to do with the manufacturer of the battery.”

Samsung claims to be aware of the issue

Samsung spokesman, Chris Langlois told The Verge that Samsung is “aware of this”. He also claims that the company is “looking into further technical evaluations,”. He adds that customers with questions about their Samsung devices should contact their local Samsung Customer Service Representative.

Don’t panic if you notice your phone’s battery is swelling, says Arthur Shi. “The bulge is not inherently dangerous, it’s a safety mechanism to contain volatile gases. The battery actually expands slightly every time you charge it. The phone manufacturer has built specific tolerances into battery bulging to take this into account.”

The danger is charging an already bulging battery, says Arthur Shi: “When you charge it, you cause the electrolyte to break down even more. Then the battery may expand even more, and it may eventually rupture. The heat generated may lead to thermal events”. 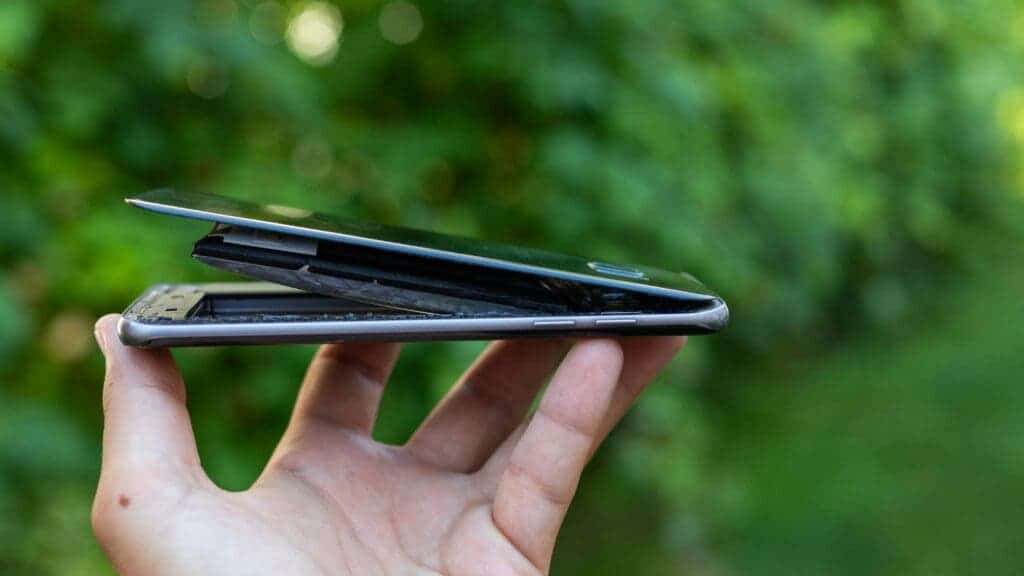 Reading about the Samsung Galaxy Note 7 at this time seems really weird given that this device caused a lot of mayhem in 2016. Nevertheless, several years down the line, there are still talks from time to time regarding the event. In fact, some cases relating to the event are still in court. Recall that this smartphone was released in September 2016 and shortly after, its battery began to explode. To curtail the situation, Samsung had to recall the smartphone at a huge cost. However, there are still some court proceedings that are still pending. This smartphone exploded in the hands of a 6-year-old child. Within a few days of its release, there were several explosions of this device.

Samsung had a handful of issues to handle and the loss from the entire event was massive. Thus, you can understand when the company is apprehensive about following the trend. Samsung is stuck at 25W fast charging and barely stretches above 45W. The Android market is already at 200W but Samsung is not taking that route. Its batteries are barely above 4000 mAh. The company is reluctant to use bigger batteries although it does in some cases. We can now understand why the company has reservations it has.