As the technology industry continues to advance, we have new standards for regular devices. Over the past three years, there has been a regular popularization of foldable smartphones. The foldable display has been developed over the years. It has now solved the creasing issue that appeared with the first foldable smartphones. Also, we have seen smartphones with slidable screens. However, it appears that we will see more soon, this time with notebooks. Chinese manufacturer, Lenovo, is one of the major players in the notebook market. The company held the Lenovo Tech World 22 event today. At the event, the company revealed a new notebook with advanced technology. The concept notebook comes with a display that can slide vertically. In addition, the screen is also stretchable. The report reveals that the concept notebook comes with a 13-inch display. This is the original size of the screen. However, this display can slide and stretch in the vertical direction. After a full slide and stretch of the display, it has a larger vertical display area. This is suitable for multitasking, browsers, mobile applications and other usage scenarios.

Lenovo slidable and stretchable screen notebook is a concept

At present, Lenovo has not announced when this product will be mass-produced. Lenovo proposed an interactive and physical holographic solution for immersive remote communication and teamwork, called Cyber ​​Spaces, at the Lenovo Tech World 22 event. In addition, Lenovo introduced the Freestyle app. This app enables universal control and collaboration between tablet and PC. It also allows users to seamlessly pair the tablet and turn it into a portable second screen to expand desktop space. 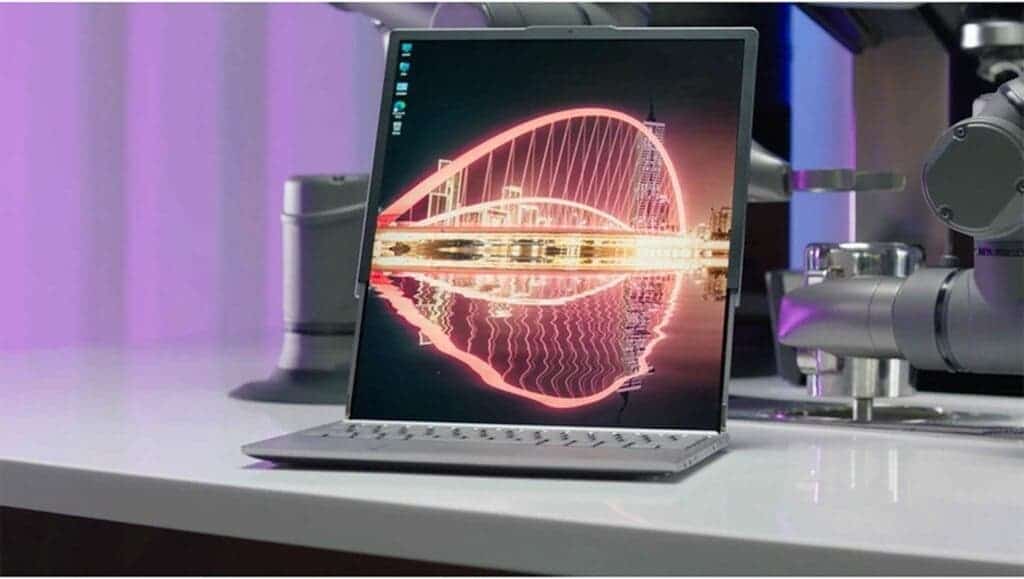 Regarding the notebook, there is no other information. The company did not reveal the name or series to which the notebook will belong. In fact, it is only a concept and there is no certainty. This means that we can not be certain that this device will ever enter mass production.

Previous Apple Will Launch A Foldable iPad Before The iPhone Fold

Next Good News! Russian Social Network Apps VKontakte and Mail.ru Are Back To The Apple App Store