According to the company’s announcement, the Redmi Note 12 series will introduce “two major technologies”. One of them being “first in the world”. We have a few clues about what Xiaomi may have in tow with these releases.

The Redmi Note 12 Pro+ will be the more appealing device in the lineup. We’re pretty sure that the 210W fast charging is one of the new technologies Xiaomi is teasing. Perhaps, that’s the one that the company will highlight as “world’s first”.

According to the leaks, the Pro phones will bring the latest Dimensity 1080 SoC. That’s not as powerful as the Dimensity 8100 that is present in the Redmi Note 11T Pro+. However, the Note 12 Pro and the 12 Pro+ aren’t sequels to the Note 11T phones. You can expect the 12T to be better. 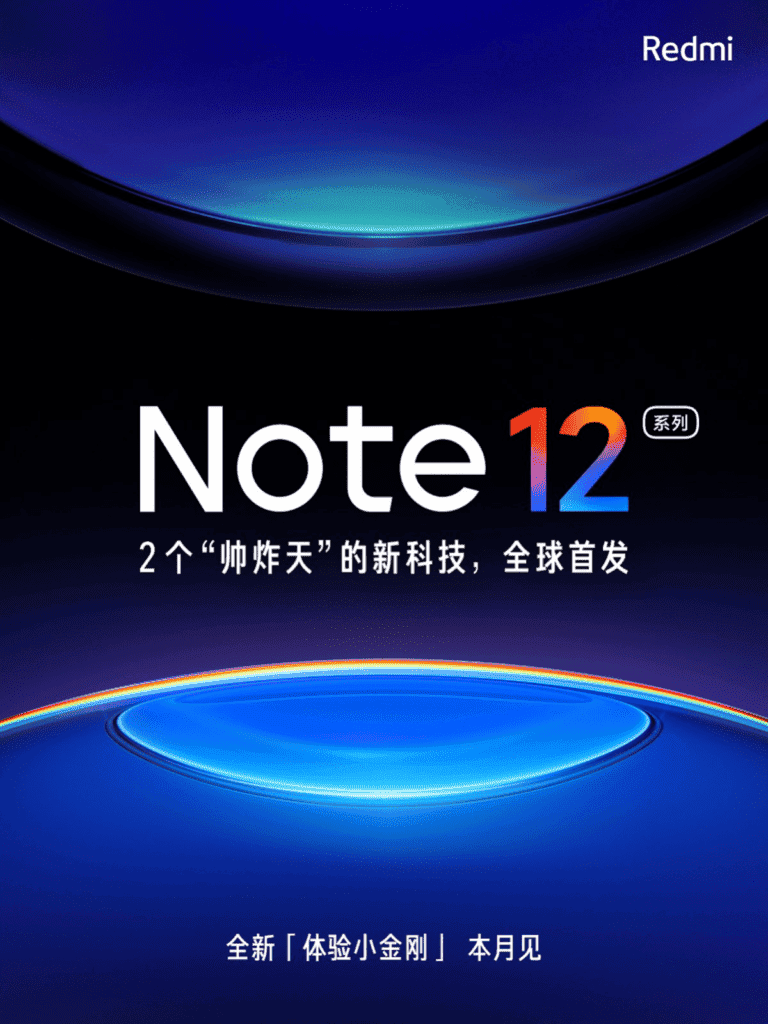 The first mid-range phone with a 200MP camera?

Moving on, Xiaomi may bring a 200 MP camera phone in the Redmi Note 12 Pro+. So far, we didn’t see leaks pointing to this, but it makes sense. The company launched the Xiaomi 12T Pro with a 200 MP camera. They will inevitably bring this camera to the mid-range series. The next year will certainly be marked by the arrival of 200MP camera mid-range phones. As a result, Xiaomi has the opportunity to be the first. To recall, the Redmi Note series was the first to bring a 108MP camera to the mid-range scene.

The teaser poster itself apparently shows a camera lens. If that’s the case, then we’re certainly looking at the launch of a 200MP camera phone.

Other possible specs include AMOLED displays with high-refresh-rate and 5G connectivity. These devices will likely hit the Chinese market, and we will have to wait a few months to see them coming to the global scene.

Considering the company’s goal of launching the new Redmi Note 12 phones in October. Then, we will likely see a lot of teasers in the coming days, followed by the launch date announcement.

Previous macOS 13 Ventura: all you need to know about Apple's new OS

Next How to easily get Google applications into Huawei smartphones