When it comes to the smartphone’s security, anyone who understands the topic will tell you: Android is very easy to infect with a virus, but the iPhone, in this regard, is reliable itself.

It is very difficult, if not almost impossible, to install malicious programs on the iPhone from sources other than the Apple Store since Apple is very concerned about the security of its operating systems. But note that iOS still has vulnerabilities, although the majority of them are rapidly fixed by the well-known brand. So is it possible to infect iPhones or not? Let’s figure it out.

How does iOS protect us from malware?

First, Apple designed iOS so that the user (unless they jailbreak) can only download apps from the company’s app store. In Android, as in Windows, you can install programs from anywhere – but you pay a high price for this because it’s very easy to “catch” a virus on the modern, not very user-friendly Internet.

Moreover, Apple’s censors manually check each individual application for viruses. If something suspicious is found in the program code, the application is returned for revision. 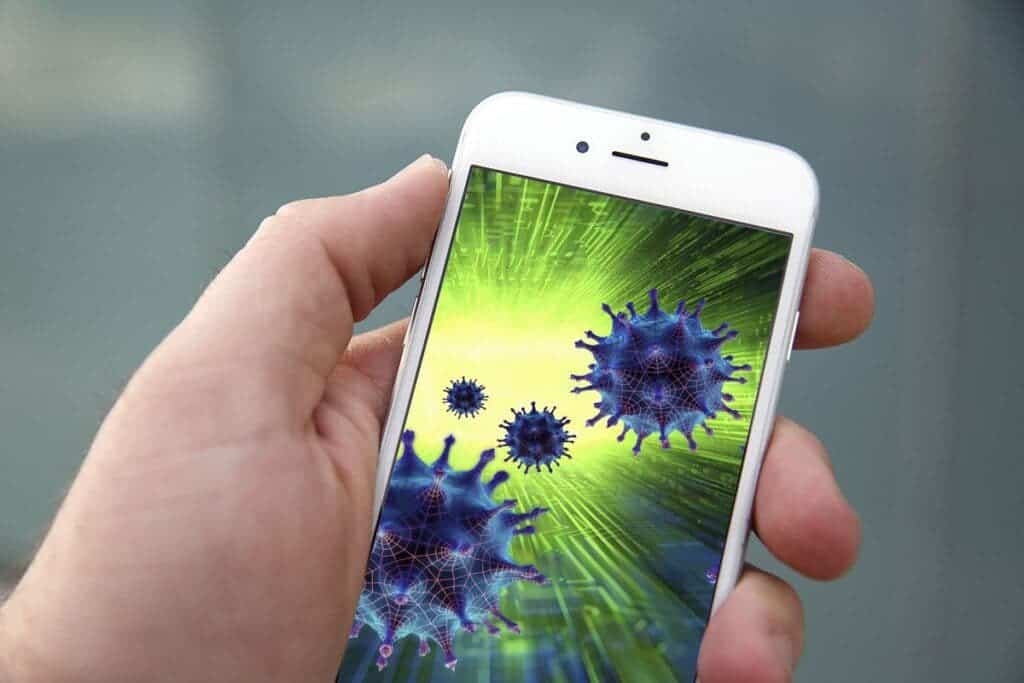 Secondly, Apple releases OS updates frequently. This is another key advantage of iOS over Android. It is especially important that all compatible devices receive each new software release immediately. Look at the statistics of iOS versions, and you will immediately notice that most users have already updated to the latest version. All this is done for the perfect gadget protection and the timely neutralization of even a hint of viruses.

Thirdly, iOS has a special practice called sandboxing. It allows you to make sure that the application never goes beyond the prescribed limits. What does it mean? For example, none of the newly installed applications will access data from other programs. Even if you inadvertently install a suspicious application, the second level of iOS protection will not give it access to the OS and files.

Where can an iPhone user stumble upon a virus?

Despite the fact that Apple tech is awesome in terms of security, there are still many attackers attempting to infect iPhones. The scammers write directly to the potential victim, making casual conversation on dating sites or apps and social media. The attackers also send random messages on WhatsApp with investment and trading offers.

How to recognize messages from scammers? Apple provides its customers with a set of recommendations on how to recognize emails and social media messages that may pose a threat to iPhone infection. These include:

Don’t fall for these scammers. And this doesn’t just apply to iPhone users.

So, the average iPhone user will never see a virus on their smartphone if they don’t open malicious links and download dubious apps. But we haven’t talked about such a thing as a jailbreak yet.

Jailbreak gives you access to iOS administrator rights and allows you to bypass all Apple security restrictions. As a result, the user gets the opportunity to install applications from any source and change the system at will – in general, everything is like on Android. 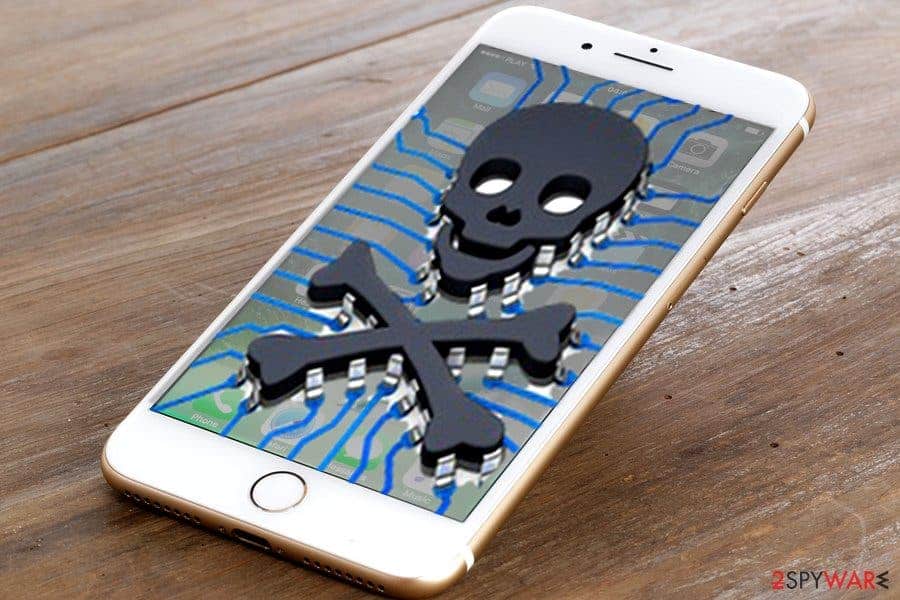 This is the security hole. At the same time, many still buy hacked devices that have undergone jailbreak. Therefore, if you still doubt whether your iPhone may have a virus, we recommend checking it. How? Check here for more info.

So do I need an antivirus?

As you can see, antivirus for the iPhone is almost not needed – Apple has already taken care of you, and you won’t have to bear additional costs, and the existing security vulnerabilities can hardly be called viruses: and in order not to endanger the iPhone, it’s enough just not to install junky apps.

However, there are quite a few antiviruses in the App Store. Why are they needed if the risk of catching malware tends to zero?

As a rule, such applications help in finding a lost device and protect you and your digital identity from dangerous websites, unsecured Wi-Fi, ID theft, or hacking. Therefore, having such an application in the arsenal will not be superfluous.

So, is it possible to infect an iPhone with a virus? Theoretically, this is possible. But if you are a person of sound mind, your iPhone will never be infected with any virus.

Don’t jailbreak your iPhone, update iOS on time, install applications only from the App Store, and your smartphone will never catch malicious code because its protection against viruses is close to ideal. And if hackers suddenly find something, Apple will very quickly solve the problem and release a patch. Do not worry in vain – you have a very reliable device in terms of security.

How to Torrent Safely and Anonymously