As of now, most of the specs are still behind the curtains but there is one thing we all know for sure. The Xiaomi Redmi Note 12 series will launch in three different variants. The Redmi Note 12, Note 12 Pro and the Xiaomi Note 12 Pro+.

As we draw closer to the launch event, we have already come across a leaked image. This image is supposed to be the advertising banner, according to sources. This gives us extra clue on the design of the upcoming Redmi Note 12. The banner image shows a Redmi phone with curves on both edges.

The Curved screen aslo confirms that the device with feature an OLED display. Looking at the previous editions, none of them ever featured a curved display even though most models used OLED screens. 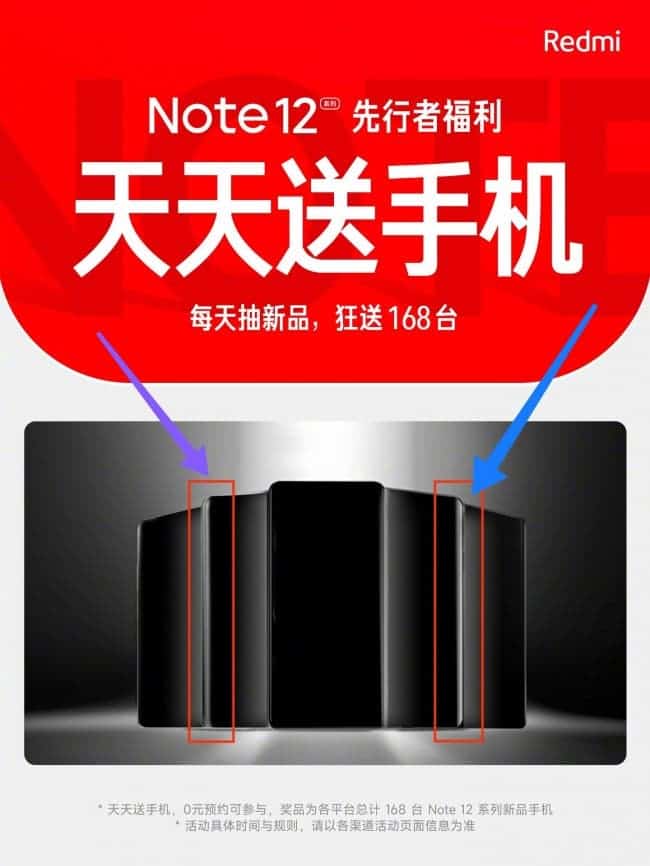 Specs To Expect From The Redmi Note 12 Pro+

As I stated earlier, Xiaomi has kept most of the specs away from the media eye. But another rumor is that, the Xiaomi Note 12 Pro+ With use the Dimensity 1080 chip. This rumor makes a lot sense since the Redmi Note 11 Pro+ used the Dimensity 920 chip. The new Dimensity 1080 has some reasonable improvements over the 920.

Another source tells us that the Redmi Note 12 Pro+ will also rock a 200MP main camera sensor. It will also have a 210W charging capacity.

These specs are only rumors and not confirmed yet. The launch of the Redmi Note 12 series is just around the corner where we can all know how true these rumors are. When Xiaomi finally announces the devices, we will surely share all the details with our readers.