The application added a new poll-creation option, enabling the functionality to be used not just in groups but also in private conversations.

Few beta users had access to this feature up until that point. However, WABetaInfo notes that some users have gained access to a new feature in the 2.22.23.12 update that enables them to create polls in conversations with just one other user.

“WhatsApp is rolling out a new update through the Google Play Beta Program, bringing the version up to 2.22.23.12. What’s new in this update? WhatsApp is releasing the ability to create polls in one-to-one chats to some lucky beta testers!”. 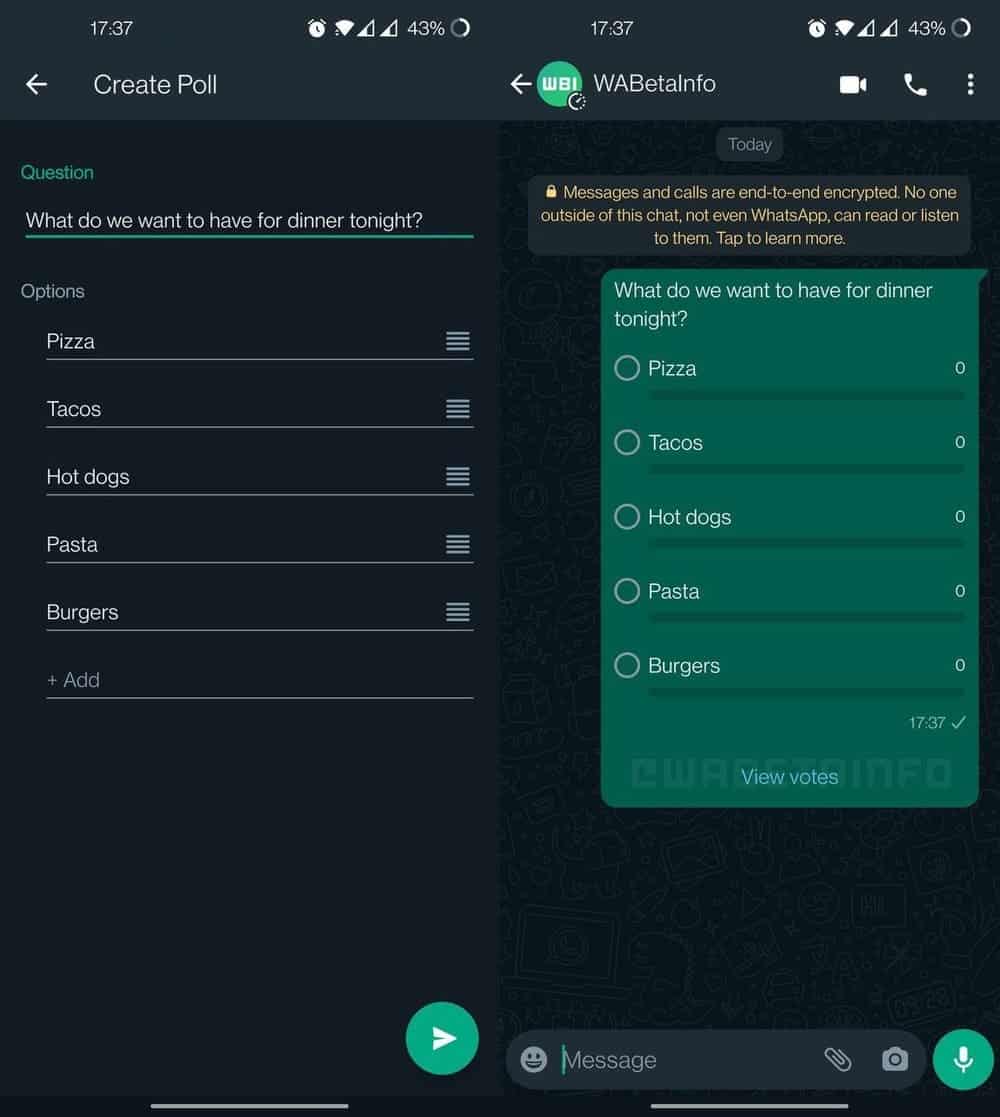 Using the same interface as the option for groups, it is possible to make a poll in a private conversation. As shown in the screenshot above. It wasn’t clear before whether this feature would actually be in use.

“At first, we didn’t know why WhatsApp was going to let users create polls in their individual chats, but it may just be a fun way to ask something when you already have different options. As happens with group polls, you can add up to 12 options to a poll and WhatsApp will automatically update the poll when it receives a vote. As always, polls in group and individual chats are end-to-end encrypted so nobody can see their content, not even WhatsApp or Meta”.

Read Also:  WhatsApp finally gets the feature you've been waiting for

Polls coming to the most popular instant messaging app

Only a select group of WhatsApp beta users who have the most recent version of the app installed from the Play Store can currently create polls in private conversations.

Although there is no estimated time for when it will appear in the stable version. We anticipate that the function will be available for more people in the coming days.

WhatsApp finally gets the feature you’ve been waiting for