This morning, Redmi officially announced some details of the upcoming Redmi Note 12 Pro. According to the company, the Redmi Note 12 Pro will use a Sony IMX766 outsole main camera. This sensor will come with a 1/1.56″ outsole and 2μm fusion large pixels. It will also support optical image stabilization. At the moment, there are not many mid-range smartphones that support optical image stabilization. The Redmi Note 12 series new product launch conference will hold on October 27. The slogan of this launch event is “Image Awakening”. This shows that this series seems to focus on the camera department. 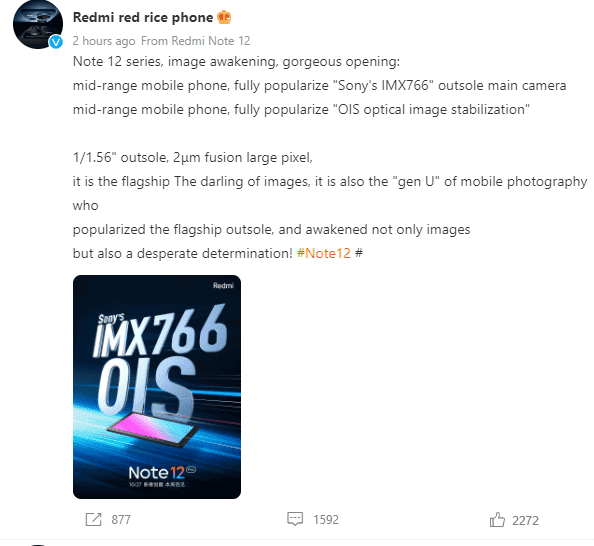 Judging from the official poster, the Redmi Note 12 series will use a rectangular camera module. It will have three rear cameras, which are arranged horizontally. This is quite different from the camera module design of previous generations.

In terms of configuration, the Redmi Note 12 will use a 6nm Dimensity 1080 chip for the first time. This processor has an octa-core CPU architecture design. It includes two ARM Cortex-A78 cores clocking at 2.6GHz, with ARM Mali-G68 GPU. In addition, the Redmi Note 12 should come with a 67W charger. However, the Note 12 Pro and Note 12 Pro+ support 120W and 210W fast charging respectively. 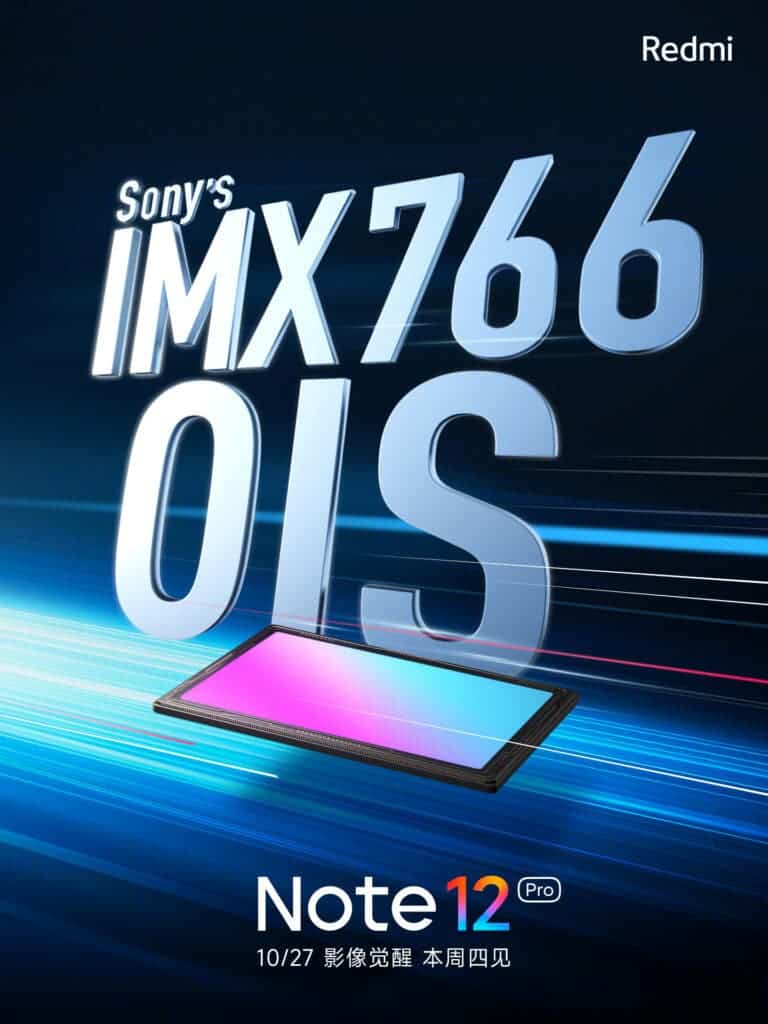 In one of Redmi’s several Weibo posts, regarding the Redmi Note 12 series, it says “…from optics to algorithms, we will do a good job of imaging seriously”. This suggests that this series focuses on images. The company added, “…what awakens is not only the image but also the love for the world”.

Previous Apple considered a plastic version of the lower-priced iPad

Next EMUI 13 is officially launched: Check the new features!